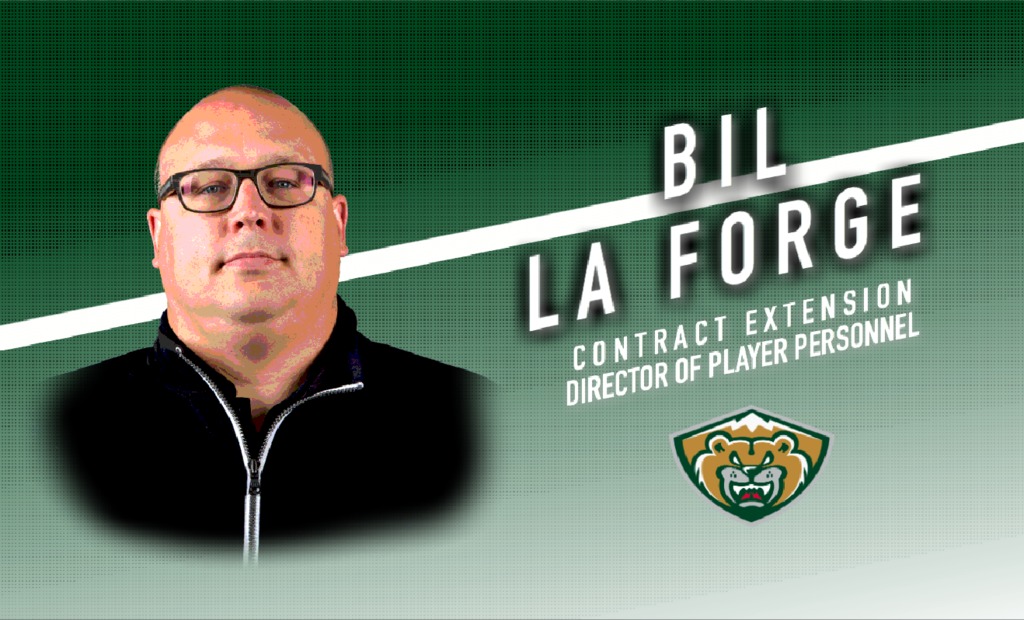 “Since my arrival within the Silvertips organization, Bil has been a consummate professional leading our scouting personnel across the associated territories of the Western Hockey League,” said Davidson. “His communication skills are outstanding, he understands and embraces our player development goals, and his ability to assess and project talent make him an outstanding asset to our organization as Director of Player Personnel.”

La Forge, celebrating his 43rd birthday today, will enter his fourth season as Silvertips director of player personnel. He has served the Silvertips since 2008 as a member of the scouting staff and earned a promotion to the Head Scout position starting in the 2011-12 season. He has spent 17 seasons in personnel or scouting roles in the WHL or American Hockey League, additionally serving the Tri-City Americans, Lethbridge Hurricanes, and the AHL’s Manitoba Moose.

“The progression of building for a Memorial Cup championship contending club takes many steps and I am grateful for the opportunity granted by Garry Davidson and Zoran Rajcic to continue building in that mission, and to my family supporting this passion,” said La Forge. “A few years ago, we identified how much our 50-player protected list was in great shape. Now we’re seeing strong development in that initial group and a terrific set of young players with tremendous potential waiting in the wings. I’m looking forward to the continuous strengthening of that foundation.”

Since La Forge was promoted to his current position on July 9, 2014, a total of 12 drafted or listed players (1999-born or younger) earned playing experience on the 2016-17 Silvertips club that captured their fifth U.S. Division title. Every player selected by the Silvertips in the 2016 WHL Bantam Draft participated in last season’s training camp, and four members of that draft class have signed WHL Standard Player Agreements with the Silvertips:

The Edmonton native earned playing experience in programs across the Ontario Hockey League, Alberta Junior Hockey League, and U Sports, and currently serves as Program Director and Head Instructor of the Mount Carmel Hockey Academy. His coaching resume extends to minor hockey, capturing multiple championships at the bantam level while serving for over a decade in education as a teacher at the junior high level.