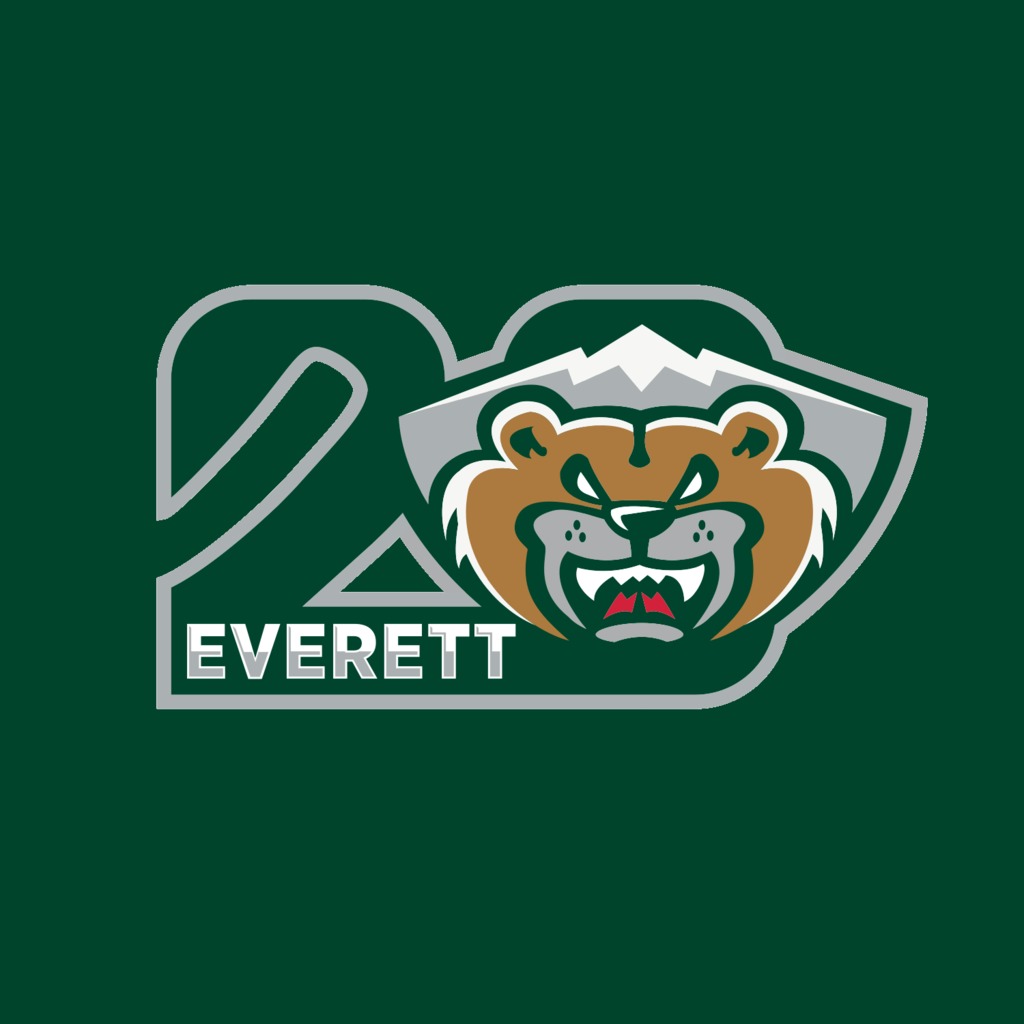 EVERETT, Wash. — The Everett Silvertips will sport a new logo in their 20th season. The club has officially unveiled a commemorative anniversary logo, to be featured on all team branding over the course of the 2022-23 season.

Our time has come.

The logo features a dark green 20 as both a nod to the team’s traditional style but also in accordance with the traditional color of a 20th anniversary: emerald. The bear-shield crest, which has been the Silvertips’ main look since 2012-13, serves as the zero in the logo. The logo’s outline, as well as the mountain behind the bear, is platinum silver, matching the modern 20th anniversary gift of platinum. The negative space of the number two features two key elements: the blade of a hockey stick, as wielded by the original bear logo of the Everett Silvertips; and a triangular shape to symbolize the rising peaks of the Cascade Mountains just east of Everett. At the base of the logo is the Everett wordmark, in typical dual-tone white and silver.

The Silvertips entered into the Western Hockey League in 2003-04, and have never missed the playoffs since. Their inaugural season was a magical one, as the team clinched a U.S. Division title and earned a Western Conference championship in the postseason. Everett would win their second Western Conference title in 2017-18. In their franchise history, the Silvertips have won nine U.S. Division titles.

An inside look at The Look

No team in the Western Hockey League has won more games over the course of their last five seasons than the Everett Silvertips (204 since 2017-18). Moreover, no WHL team has boasted more players drafted to the National Hockey League from their organization since 2018 than the Silvertips (nine since the 2018 NHL Entry Draft).

About the Everett Silvertips

The Everett Silvertips are entering their 20th season in the Western Hockey League. Twenty-three players have suited up for the Silvertips and advanced to play in the National Hockey League since the team’s inaugural season in 2003-04. Everett is proud to boast nine U.S. Division championships and two Western Conference titles. For more information on the Everett Silvertips, visit everettsilvertips.com or follow the team on Facebook, Instagram, Twitter and Youtube.