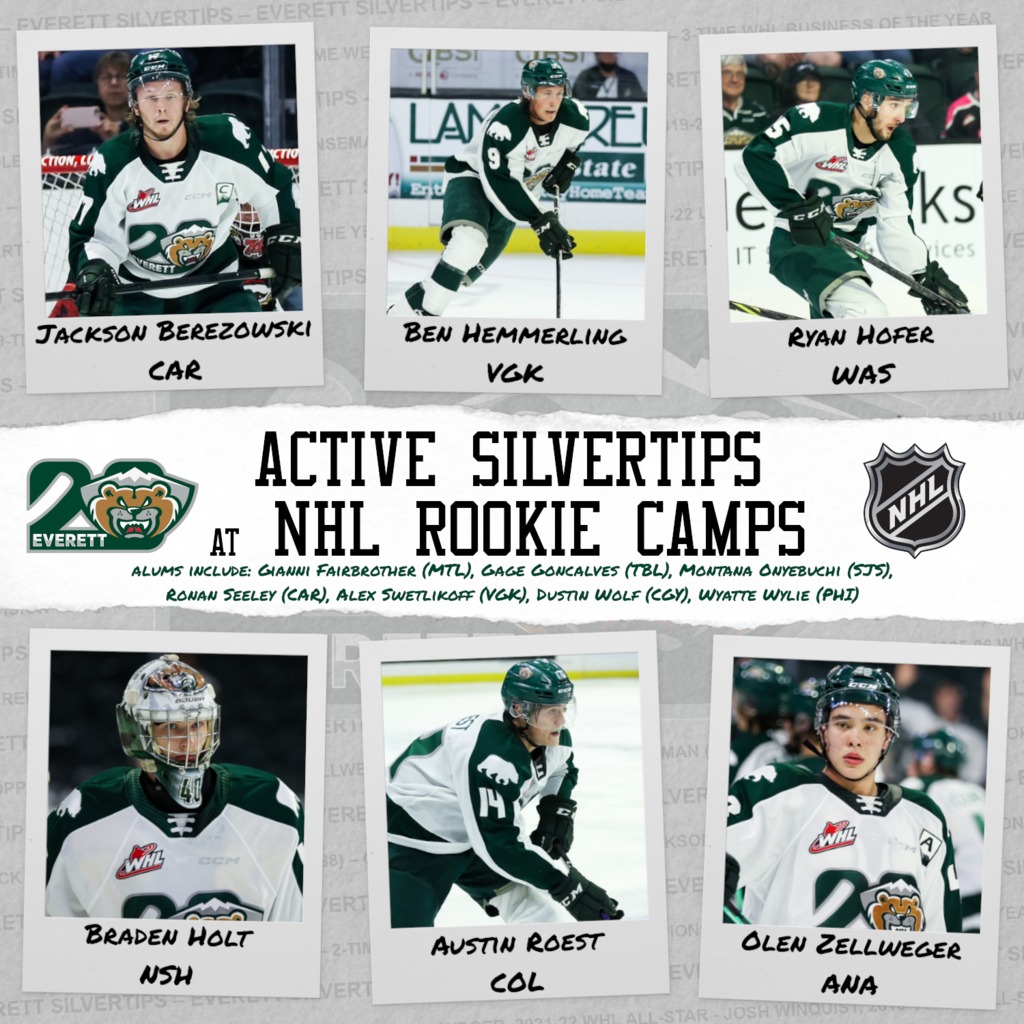 Berezowski, an ’02-born winger, led the Silvertips with 46 goals in 2021-22, one off the franchise single-season record. He joins his fellow ’21-22 co-captain Ronan Seeley at Carolina Hurricanes camp.

Hemmerling, an ’04-born forward capable of playing both center and wing, was selected 177th-overall in the sixth round of the 2022 NHL Draft by the Vegas Golden Knights. There, he joins 2021-2022 over-ager Alex Swetlikoff, who signed a two-year contract with the AHL Henderson Silver Knights after a standout performance at Vegas’ Development Camp in July.

Hofer, an ’02-born center, was picked 181st-overall in the sixth round of the 2022 NHL Draft by the Washington Capitals. Hofer finished sixth on the Silvertips in scoring in the 2021-22 campaign with 58 points in 67 games played.

Holt, an ’03-born goaltender, returns to Nashville after attending Predators Development Camp in July. Holt posted a 24-6-4 record in 2021-22 with a .909 save percentage and 2.56 goals-against average.

Roest, an ’04-born versatile forward, is back with the defending Stanley Cup champions after attending Avalanche Development Camp over the summer. Roest recorded 32 points in 59 games played over the 2021-22 season.

Zellweger, an ’03-born defenseman, heads to Anaheim Ducks Rookie Camp fresh off a gold medal at the 2022 World Junior Championship with Hockey Canada where he led all tournament defensemen in points with 11 in seven games. The Ducks’ 2021 second-round pick set a Silvertips franchise record for points by a blueliner in 2021-22 with 78 in 55 games.