Sporty’s Beef and Brew: The Best in Sports, Food, Radio. 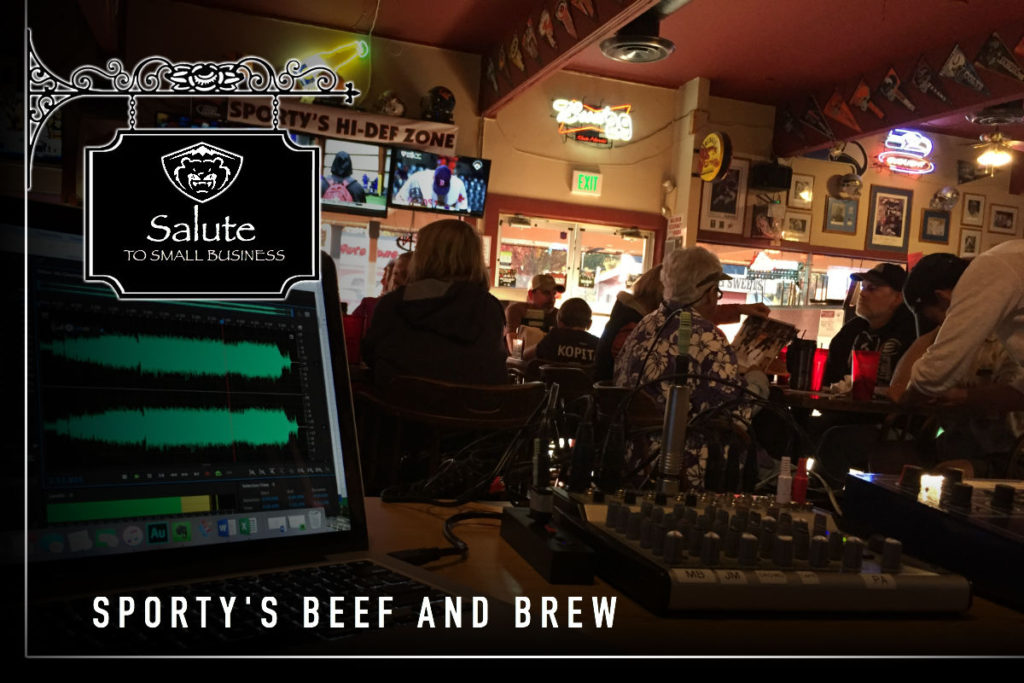 “We have winner in the Sporty’s Beef & Brew penalty kill contest!”

If you’ve been to an Everett Silvertips game, you’ve probably heard those words. But Sporty’s owners, Joe Ziskovsky and Jack Comyn, were connected to hockey long before the Tips first dropped the puck in Everett.

So it made sense, those many years ago, for the businessmen to volunteer for a chamber of commerce sports and athletics panel. The arena was just talk at that point. The key was to land a WHL team.

Supporters since day one

They met MacCulloch and Silvertips president Zoran Rajcic, donned hard hats and took a tour of the arena. “We picked our seats before the seats were installed,” Joe said.

Then they got to work on a marketing package. There’s the penalty kill contest: the Tips kill a penalty, and a lucky fan wins a Sporty’s gift certificate. Plus, there’s a $10 off coupon on the back of season tickets and tickets printed in the Tips’ office.

“Those promotions have been great for us,” Ziskovsky said.

Later, Sporty’s began airing the webcasts of Silvertips road games. Then the Silvertips Hockey Show moved to Sporty’s. According to Ziskovsky, both draw loads of fans to their establishment.

“Every aspect of our relationship with the organization has been really good for business,” Ziskovsky said. “In fact, our most successful advertising has been with the Silvertips.”

Kudos to the guys

Ziskovsky has nothing but praise for the organization as a whole – especially the players who come to Sporty’s for the radio show. “They don’t just come in, do the show, and leave. They stay and talk to kids. They sign autographs and take photos. They are so respectful of the people who want to meet them.”

But, for Ziskovsky, the best aspect of Sporty’s relationship with the Silvertips has been watching the brand – and fan base – grow. “That first season,” he said, “some fans didn’t always know what to cheer for. Now, they really understand the game. It’s been fun.”

Who do you suppose Joe’s favorite Silvertips are?

Think about his Minnesota roots and the answer is clear. Bryan Nathe hails from a town about 10 miles from Joe’s hometown. Peter Mueller and Josh Birkholz might be from “the wrong side of the river,” Ziskovsky said, but their links to the homeland have them in his top three.

The offseason at Sporty’s

Sporty’s sponsors an annual charity golf tournament. This year, proceeds from the June 25 event benefit Relay for Life. Everyone has been touched by cancer, so why not join the fight to cure it?

Visit Sporty’s website, call or stop by for more information.

And, tell them you’re a Tips fan!