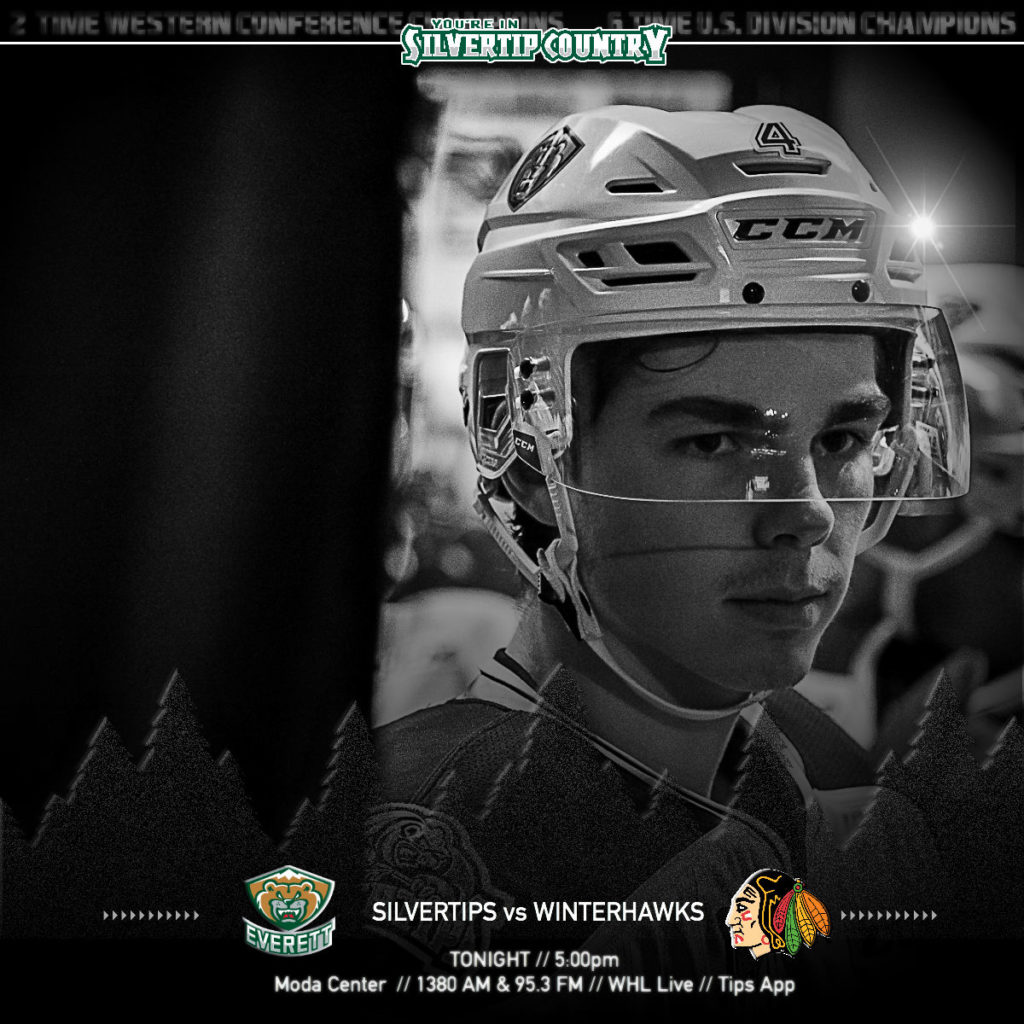 The Silvertips battle the Portland Winterhawks in the third of ten meetings for the regular season and in their first visit to Portland … the Silvertips are  76-66-14 lifetime against Portland and 34-35-8 all-time in downtown Everett … the two teams met last season in the second round of the WHL Playoffs and the Silvertips defeated Portland, 4-1 to advance to the Conference Championship series … the Silvertips are playing on the back end of a three-game, three-day sequence (2-0-0-0) … the Silvertips have won five of their last six games and have scored 12 goals in the last two games.

LAST TIME OUT:
EVT 7 – KAM 2 (10-13-18): Five players recorded multi-point nights along with five power play goals, tying the franchise record, allowing the Everett Silvertips to crush the Kamloops Blazers, 7-2, at A.O.T.W. Arena before 4,521 fans on Saturday in WHL action. The Silvertips hammered a total of 57 shots on net, two shy of their franchise record set last season and included 26 shots in the second, one shy of their franchise period record.  Silvertips first-star forward Riley Sutter recorded two goals and one assist, defenseman Jake Christiansen recorded three assists and 10 shots on goal, forward Dawson Butt recorded one goal and one assist, and Sahvan Khaira recorded one goal and one assist, both his first in a Silvertips uniform and d-man Wyatte Wylie recorded a goal and an assist.