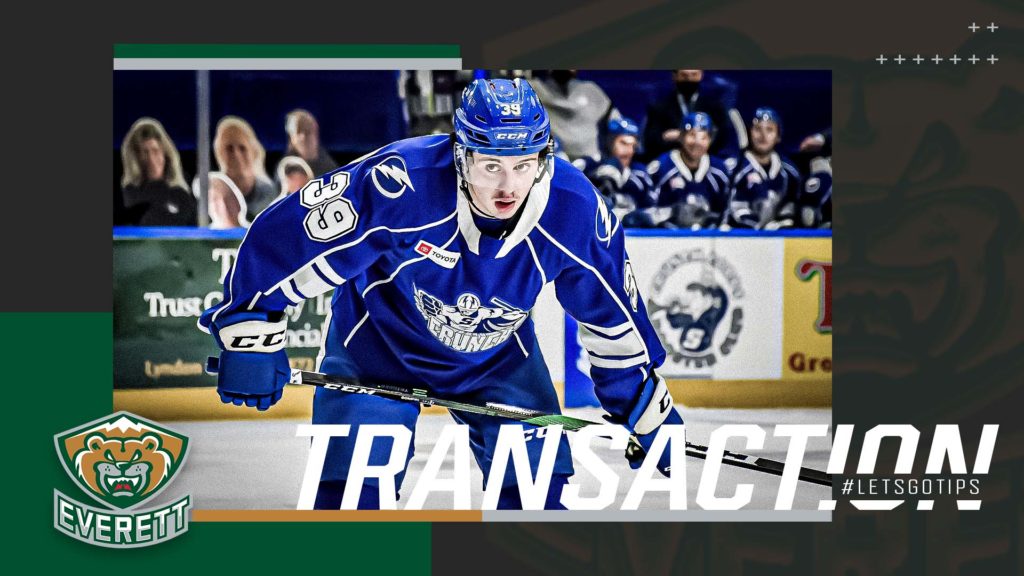 Goncalves, 20, earned an assist in his professional debut with the Crunch on Saturday night vs. Utica and was signed to a three-year, entry level contract by the Lightning on Dec. 14. Named Silvertips Most Improved Player last season, he ranked third on the program in points (71), second in goals (33), third in assists (38), second in game winning goals (7), tied the lead in power play goals (14) and was +32 in 60 games. The Mission, British Columbia native experienced a 56 point and 32 goal increase from his 2018-19 rookie campaign and bagged 22 multi point games, including a pair of career-high four point outings.

His shootout goal against the Spokane Chiefs, on Dec. 15, 2019 received attention including a nomination on ESPN SportsCenter’s Top Ten Plays, when the Silvertips defeated Spokane, 4-3 in a shootout in downtown Everett.

Goncalves completed participation in Hockey Canada’s tryout camp for the 2021 IIHF World Junior Championship and has 34 points, 52 assists, 86 points, and a +42 rating in 128 career games in a Silvertips jersey.

A centering feed from @GageGoncalves sets up a goal by @OSomppi and his first pro point! pic.twitter.com/SJj6oBabAt

The 6-foot-1, 170 pound forward was originally acquired by the Silvertips as a listed player and signed a WHL standard player agreement on Jan. 3, 2018, making his Silvertips and WHL debut four days later against the Victoria Royals. He was selected by the Lightning in the second round (62nd overall) in the 2020 National Hockey League Entry Draft and was