SELECT-A-SEAT MONTH IS HERE | CLICK HERE FOR DETAILS & LOCK IN THOSE SEATS YOU HAVE ALWAYS BEEN LOOKING FOR!
June 9, 2022 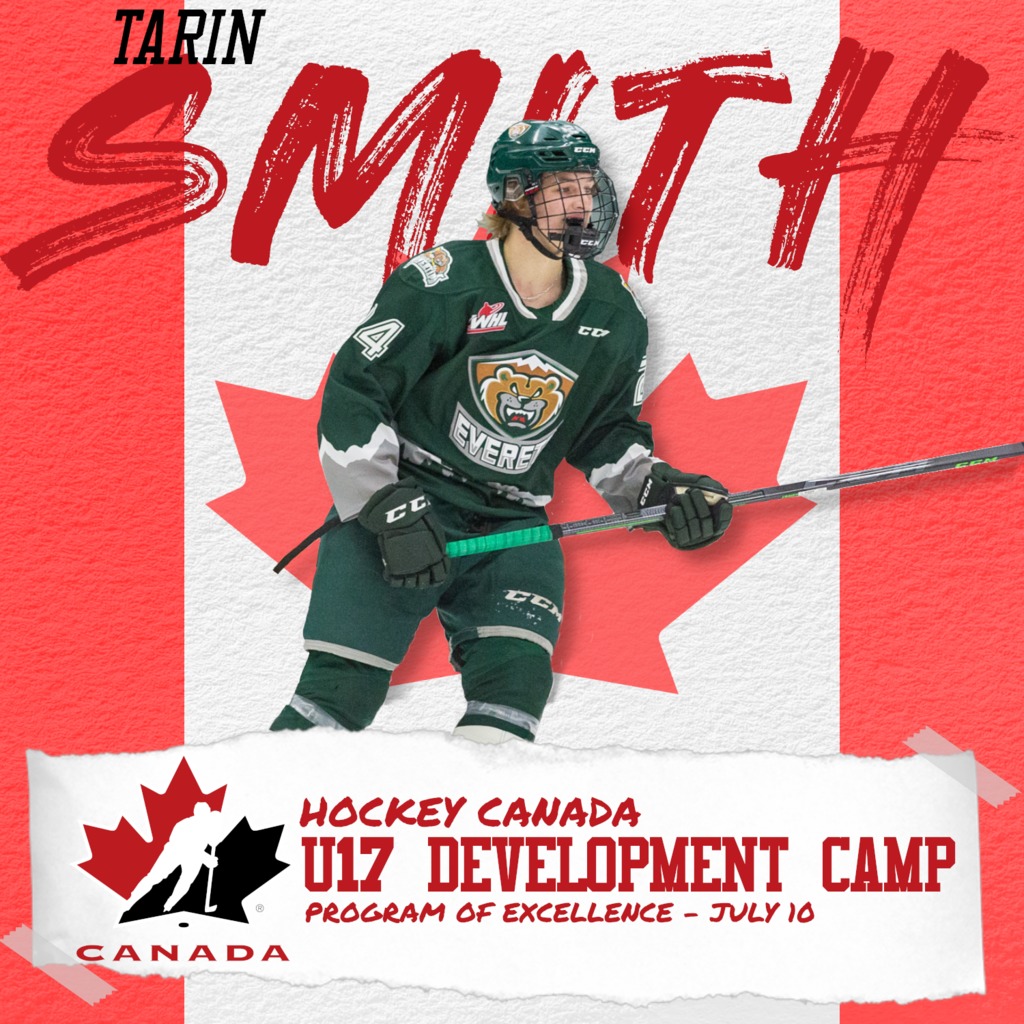 CALGARY, AB — Everett Silvertips defenseman Tarin Smith is one of 100 players invited to Hockey Canada’s Under-17 Development Camp as part of their Program of Excellence beginning July 10.

Smith, an ’06-born Porcupine Plain, SK native, was drafted 2oth-overall in the first round of the 2021 WHL Prospects Draft in December. Smith accumulated six goals and 28 assists in 43 games played with the Saskatoon Blazers U18 AAA squad, tacking on four more points in seven postseason games. He was named a SMAAAHL Second-Team All-Star for his performance in the 2021-22 campaign.

He made his Western Hockey League debut for the Silvertips on Dec. 29 in a road victory against the Prince George Cougars. He skated in three total regular season contests and one playoff matchup for Everett.

Smith is one of 30 defensemen who will receive a look from Hockey Canada ahead of the U17 World Hockey Challenge. Previous Silvertips to skate in the World Hockey Challenge include defensemen Olen Zellweger (Canada Red, 2019) and Ronan Seeley (Canada White, 2018). Head coach/general manager Dennis Williams and goaltending coach James Jensen have also participated in the event as coaches in 2018 and 2019, respectively.

For the duration of the week-long camp, the players – 10 goaltenders, 30 defencemen and 60 forwards – will be split into five teams for on- and off-ice training, fitness testing, practices, intrasquad games and classroom sessions.

“The national under-17 development camp is the first stage in introducing these athletes to the Program of Excellence, and it is a great opportunity for them to develop as players and learn what it takes to wear the Maple Leaf,” said Millar.  “We look forward to enhancing these young players’ ongoing development during this camp and starting the process of building our three national U17 teams for the World Under-17 Hockey Challenge this fall.”

Following the camp, players will continue to be evaluated through the early portion of the 2022-23 season before 66 are named to one of three Canadian national teams – Team Canada Black, Team Canada Red and Team Canada White – that will compete at the 2022 World Under-17 Hockey Challenge, scheduled for Nov.5-12 in Langley and Delta, B.C.