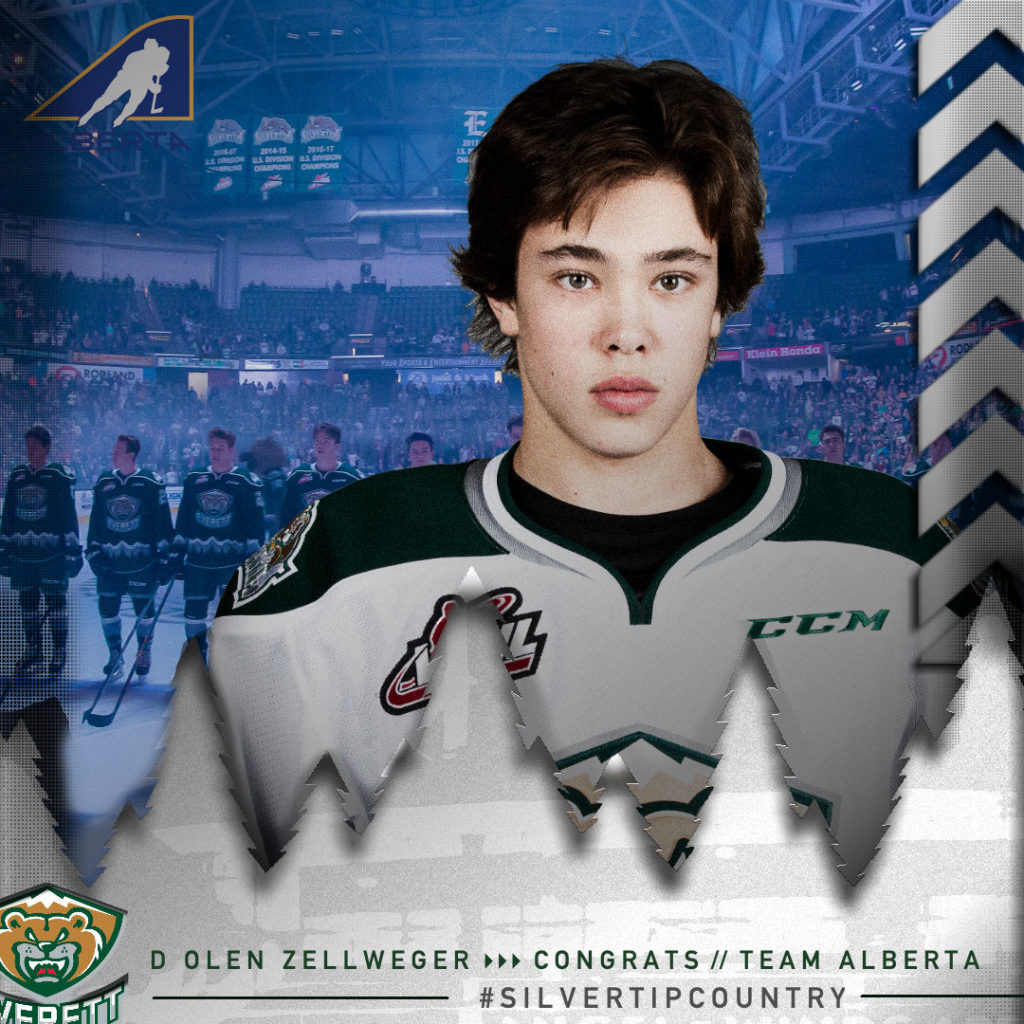 Zellweger is the second Silvertip prospect to be named to a roster at the tournament. On Wednesday, Tips prospect defenseman Ty Gibson was named to Team B.C.

“The depth of hockey talent in this province is significant, which resulted in many difficult decisions for us,” said Team Alberta Head Coach Bobby Fox. “Our staff is excited to work with this group of 20 players moving forward to the Canada Winter Games.”

Zellweger, a 2003-born defenseman, is tied for the lead for points (17) and assists (11) among defensemen in 22 games with OHA Edmonton Prep (CSSHL). The native of Fort Saskatchewan, Alberta was the first player selected by the Tips in the 2018 WHL Draft, a second round selection, and was signed by the Silvertips to a WHL Standard Player Agreement on Aug. 28, suiting up in one WHL preseason game with the Silvertips.

Zellweger led OHA Edmonton Bantam Prep (CSSBHL) for scoring among defensemen with 32 points (10g-22a) in 30 games last season, while adding five points (3g-2a) in five postseason games and helping guide the program to a league title. He carried eight multi point games through the regular season from the blueline. He also skated in the Alberta Cup (Team Edmonton Blue) and earned a goal and an assist in five games. He also helped guide the Fort Saskatchewan Rangers (Bantam AAA) to the Alberta Major Bantam league title in 2016-17 when he had 13 points in 36 games.

Last season, Tips defenseman Ronan Seeley suited up for Team Alberta. Since men’s hockey was first contested at the Canada Winter Games in 1967, Team Alberta owns 10 medals, including gold in 1967, 1975, 1999, and 2003. The U16 Male squad is coming off a silver medal at the most recent games in Prince George in 2015, a team that featured five recent invitees to the 2019 National Junior Team Selection Camp.

The Western Conference-leading Silvertips head to Kent on Saturday, Dec. 8, to take on the Seattle Thunderbirds at 6:05 p.m. (1380 AM / 95.3 FM / Tips App / WHL Live). The Tips return home Sunday, 4:05 p.m. against the Spokane Chiefs with tickets available at www.everettsilvertips.com/tickets.