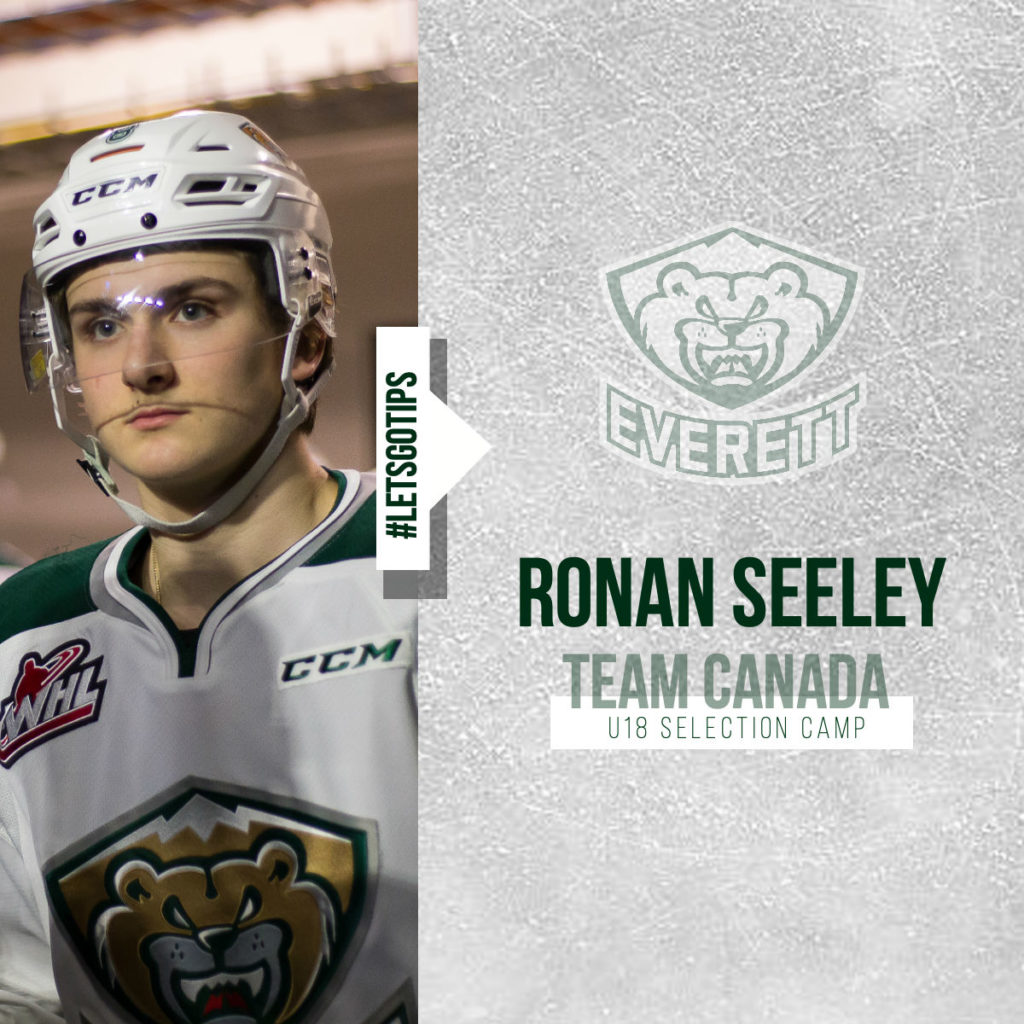 Seeley, a 2002-born defenseman played his first season for the Silvertips in 2018-19 where he earned a goal and eight assists in 52 games while totaling a +11 rating, helping guide the Tips to their third consecutive U.S. Division title. Seeley also competed in ten playoff games, scoring a goal and adding a +4 rating. He earned his first career WHL point with an assist on Oct. 12, in a 5-3 win against the Edmonton Oil Kings.

Seeley also represented Canada at the World U17 Hockey Challenge last season and was selected in the first round (20th overall) by the Silvertips in the 2017 WHL Draft.

In 2017-18 with the Lethbridge Hurricanes Midget AAA, he earned 26 assists in 30 games, ranking tied for third in points among all league blueliners. His 26 assists paced all Hurricanes defensemen and finished tied for the league lead in assists among defenseman. Seeley helped lead the Hurricanes to the league title and Telus Cup tournament berth this season, earning Most Valuable Player honors at the Telus Cup with seven points (2g-5a) in seven games. He also skated in five games at the WHL Cup with Team Alberta, earning three points (1g-2a) and a +5 rating in a silver medal finish.

“We are excited to bring together a group of 44 athletes with a solid foundation of junior and international experience for selection camp,” said Shawn Bullock, director of men’s national teams for Hockey Canada. “The under-18 camp is unlike any other, as players are being evaluated from the moment they arrive at camp and are preparing to compete in short-term competition. Historically, Canada has been successful at the Hlinka Gretzky Cup, and we know all 44 players will come to camp ready to compete for a spot on the team and the opportunity to wear the Maple Leaf in international competition.”

Last season, the Tips were represented in the event by goaltender Dustin Wolf (Team USA). Silvertips head coach Dennis Williams will be on the bench for Team Canada at the upcoming Hlinka Gretzky Cup, named assistant coach for Team Canada on May 14.

The Tips full regular season schedule offers full 34-game season tickets, 22-game, and 14-game plans for as little as $215 total per seat. Deposits for $50 will secure a seat for the 2019-20 season, available at www.everettsilvertips.com/season or by calling (425) 252-5100 during normal business hours (Monday through Thursday during the offseason, 9am to 4pm). Seven game packs will be on sale starting July 9.