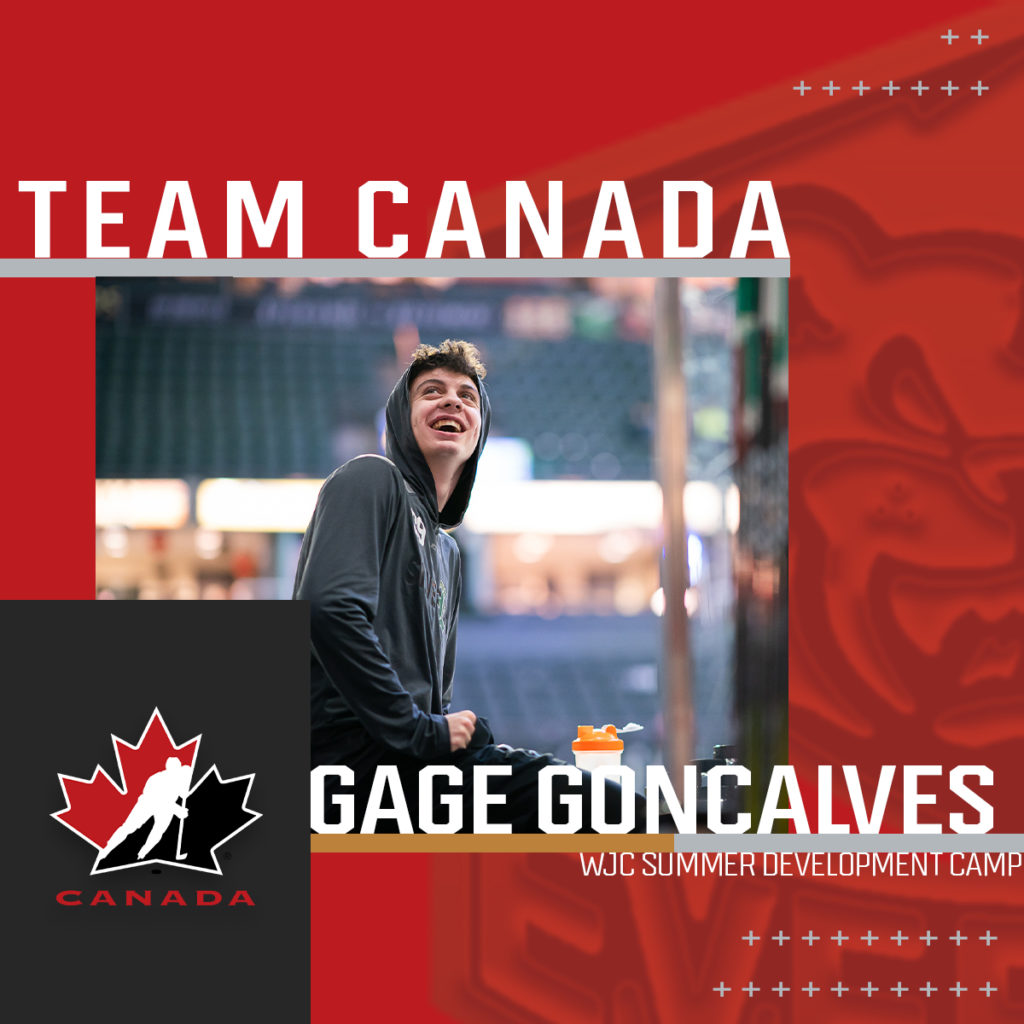 Goncalves will be one of over 40 players attending a five-day virtual camp, participating in program sessions focusing on player development through online education in preparation of Team Canada roster selection for the 2021 IIHF World Junior Championship, scheduled for Edmonton and Red Deer in December.

Goncalves, 19, was named Silvertips Most Improved Player this past season when he ranked third on the program in points (71), second in goals (33), third in assists (38), second in game winning goals (7), tied the lead in power play goals (14) and was +32 in 60 games. The Mission, British Columbia native experienced a 56 point and 32 goal increase from his 2018-19 rookie campaign and bagged 22 multi point games this past season including a pair of career-high four point outings.

The 6-foot-1, 170 pound forward was originally acquired by the Silvertips as a listed player and signed a WHL standard player agreement on Jan. 3, 2018, making his Silvertips and WHL debut four days later against the Victoria Royals.

He is the third Silvertip to earn Hockey Canada recognition this summer. Defenseman Olen Zellweger and head coach Dennis Williams (Team Canada assistant coach) were named to Team Canada’s U18 Selection in preparation for the 2020 Hlinka Gretzky Cup, cancelled Apr. 28 due to the coronavirus (COVID-19) pandemic.

Further details on the Silvertips schedule and 2020-21 training camp are expected to be announced later. The WHL announced a projected return to play date of Oct. 2, contingent on receiving necessary approvals from government and health authorities in each of the six jurisdictions in WHL territory.