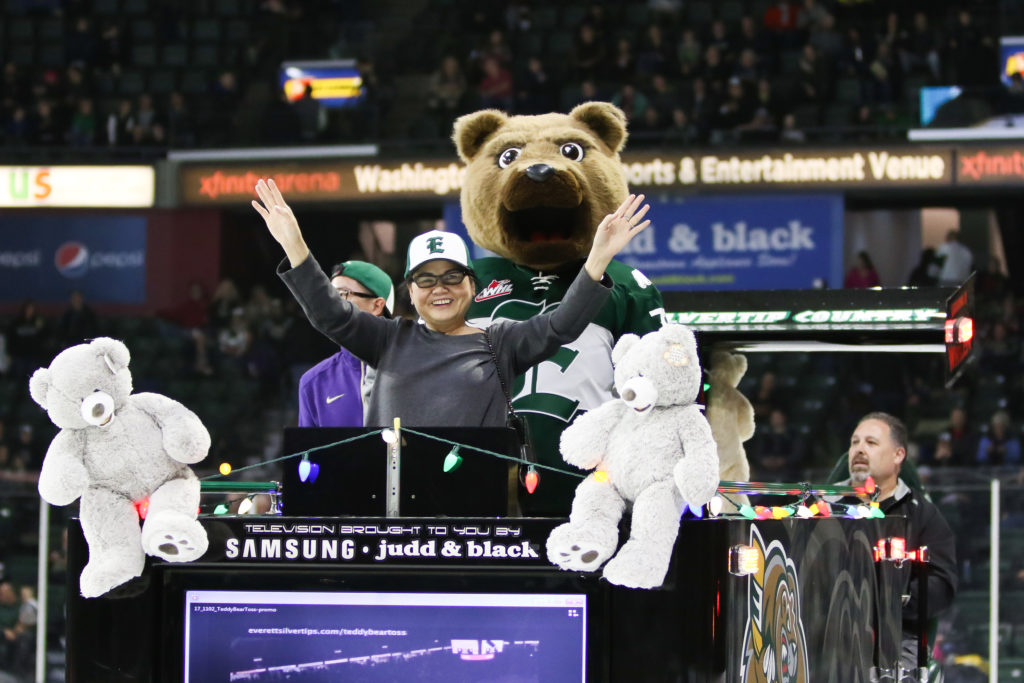 The Silvertips Teddy Bear Toss is back for the third year in a row now to collect new or gently used stuffed animals to donate to support the Christmas House organization along with WARM 106.9’s Teddy Bear Patrol. Once the Silvertips score their first goal of then evening, fans in attendance are encouraged to throw their teddy bears onto the ice, to be collected and distributed to Christmas House and WARM 106.9 in support of underprivileged families and children during the holiday season.

Last year Eetu Tuulola found the back of the net with 31.2 seconds left in the second period against the Portland Winterhawks on December 17, 2016. The goal began the toss and over 8,500 bears were collected that night at XFINITY arena.

If the Silvertips do not score their first goal of the game within the first pair of 20 minute periods, fans will be asked to throw their teddy bears onto the ice during the second intermission, replacing the intermission’s Chuck-A-Puck activity.

Tickets are available at www.everettsilvertips.com/tickets or by calling (425) 252-5100.