The Kevin Constantine and Joel Ward Connection is Incredible. 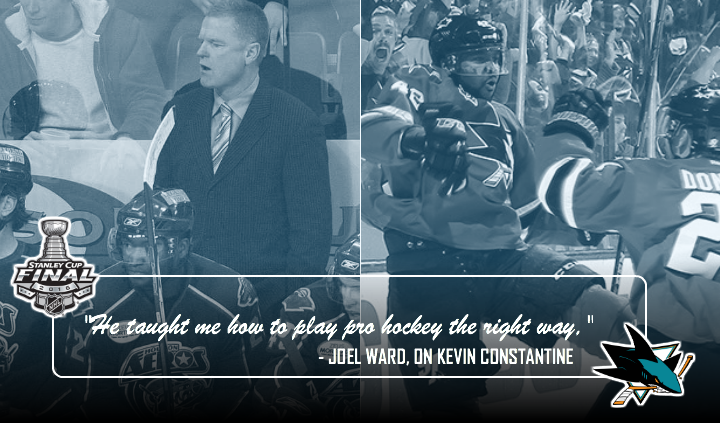 SAN JOSE, CALIF. – Kevin Constantine is supposed to be an intimidating, hard-nosed coach, but says, “I’m a crier.”

Eight years ago while coaching the Wild’s American Hockey League affiliate in Houston, Constantine found himself bawling at a pre-playoff team dinner.

Joel Ward, in his third year as a Wild farmhand, was Houston’s captain. Constantine asked Aeros players to bring a “tchotchke” — a meaningful knickknack — to dinner in order to give a 30-second to five-minute speech about what the small item represents and how it will help them contribute in the playoffs.

After dinner, Ward pulled a dreamcatcher out of a knapsack. He said it reminded him of his father, Randall, who used to call him “Chief.”

“Wherever they went, he’d always introduce him as Chief: ‘Hey this is Chief. Do you know my son Chief?'” Constantine, now coaching Everett in the Western Hockey League, recalled Ward saying.

“[The dreamcatcher] goes above the bed … to get all the bad dreams out and allow the good dreams.”

At 14 years old, Ward was playing a hockey game when he saw a commotion in the stands. His father collapsed from a stroke. A few days later, his role model was gone.

At that dinner, according to Constantine, Ward said, “My contribution for the playoffs is that I can fulfill what my father’s vision for me was. I want to do everything I can as captain to be a leader, to help you guys, to help us as a group, to help our team.”

Said Constantine: “It was a touching, moving, revealing story of why he’s the person he is.”

Eight years later, the 35-year-old Ward, continues to play in the memory of his father.

The latest of late bloomers — he played four years of junior hockey, then another four years of Canadian college hockey before signing his first pro contract with the Wild — Ward has developed into a gritty NHL warrior, leader and clutch playoff performer.

And now he is playing in the Stanley Cup Final for San Jose and has six playoff goals for the Sharks, who trail Pittsburgh 2-0 in the series.

After Ward graduated from the University of Prince Edward Island with a sociology degree four years after actually turning down a contract from the Wild, the Wild again invited him to camp, signed him to an AHL deal and days later ripped it up and presented him a two-way NHL contract.

“He was big and square and tremendously strong on his skates,” then-assistant GM Tom Lynn, now an agent, said last week.

“Joel could reach for a puck 3 feet away and still outmuscle a guy. Hockey smarts made him a top penalty killer in the AHL. He just lacked an over-the-top compete or mean streak early. Joel’s one of the nicest guys in hockey.”

In Year 2, Ward was the final cut of training camp. He played 11 NHL games that year, registering his only point with the Wild in his hometown of Toronto.

But a year later, Ward was among the first cuts of training camp. He never got a sniff again, spending the full year — his third — in Houston.

“The writing was on the wall,” Ward said. “I was sent down in the first group, so I kind of knew. I knew I was done.” 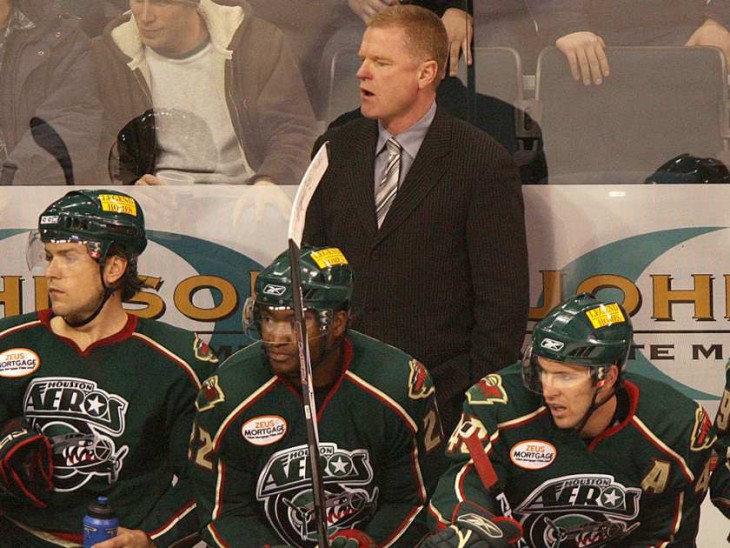 Ward calls it a blessing “because I got a chance to meet Kevin Constantine, who saved my life. He pulled me aside and said, ‘Listen we’re going to hammer out some details and get you back up there.’

“He taught me how to play pro hockey the right way,” Ward said. “To spend a full year with him down in Houston, it kind of saved my life.”

San Jose forward Joel Ward, who broke into the NHL with the Wild, has been far more than a role player for the Sharks.

Constantine didn’t pull Ward off the edge of a cliff, but when you’re nearly 27 and cut, you start thinking about life’s Plan B.

Constantine recognized a special talent and person. He helped Ward reset and taught him the nuances of the sport.

“I passionately coached and he passionately played,” said Constantine, coincidentally a former head coach of both Cup finalists, the Penguins and Sharks.

After the season, Lynn was straight with Ward. He talked to then-coach Jacques Lemaire and then-GM Doug Risebrough and told Ward, “Look, I’ll re-sign you, but I don’t see you getting a chance in the NHL.”

“I said, ‘I’ll keep a deal for you, but if you can find an NHL team that you think you have a better shot with, more power to you,'” Lynn said. “He was annoyed, but I knew talking to the coaches they saw him as a fill-in call up guy. We had a plethora of checking forwards. I knew they could be wrong, but that’s what they thought.”

Two weeks into free agency, Ward signed with Nashville. He scored 17 goals, and a year later at 28 signed his first one-way NHL contract. He has since signed lucrative contracts in Washington and San Jose, and in Game 3 Saturday will play his 74th playoff game. In 596 NHL regular season games, he has scored 118 goals.

The Sharks’ Joel Ward kept grinding along in Monday’s Game 1, even after a close call with the skate of Pittsburgh’s Ian Cole.

“He’s the type of player you win championships with,” Lynn said. “Unfortunately, he didn’t develop into the guy who really pressed the issue until he left us.”

Ward doesn’t want to waste this opportunity. The former Maple Leafs die-hard has dreamed of lifting the Stanley Cup his entire life.

“Here I am, and it’s surreal,” he said. “From all the hockey I’ve played and all the hard work and I think of all the sacrifices and my parents and my mother [Cecilia] — I know she’s got her ‘Mama Ward’ jersey on and wears it around and shows it off, it’s definitely pretty emotional.”

Ward is a tremendous story of persistence. Rarely do Canadian university products wind up in the NHL, rarely have NHL vets gotten their first crack in their late 20s. Constantine figured Ward could play in the league as maybe a fourth-liner, but, “Did I think he was going to be a big-time offensive guy at key moments in the playoffs, scoring critical game-winning goals, at a reasonably regular level?” Constantine said, chuckling. “That, he exceeded my expectations on.”

Constantine uses Ward’s tale as a consistent teaching tool for his junior players.

“You don’t know when your time’s coming. Not everybody is Sidney Crosby getting to the NHL at 19,” Constantine said. “Here’s a story of a guy who just kept plugging along. He’s a model guy that you can point to in terms of ‘stay with it, man.’ You never know when you’re going to make it.

“I borrow and use the Joel Ward story constantly. He should get paid for every time I use it as a positive example. “