THE LEADERSHIP // The Standard of Success 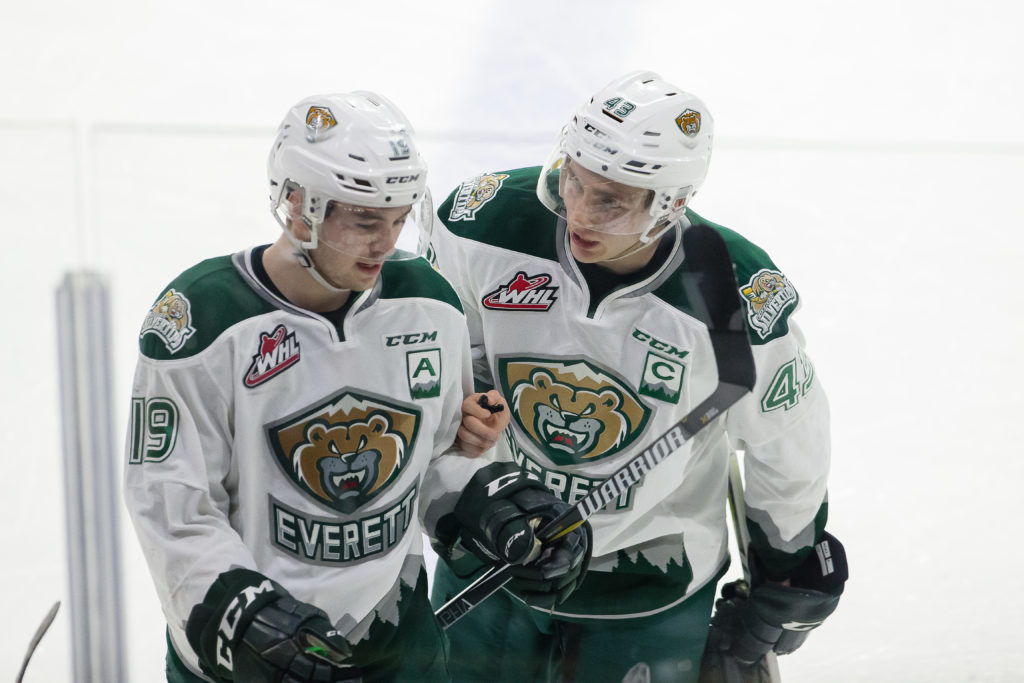 From surviving to thriving to learning lessons, the team overcame many an obstacle and gained experience in times when performance fell short. While the group had a successful regular season, securing the U.S. Division title for the third consecutive year, captain Connor Dewar said he believes the team outperformed what was initially expected of them.

“I think we proved a lot of people wrong,” Dewar said. “Everyone expected us to take a step back this season—we weren’t quite a band of total misfits, but we were definitely much more than people expected to see.”

And how? Through a sturdy leadership system that rested on the basis of leading by example, providing vocal affirmation, and a common ground of unity and relationship, regardless of age or class.

The center out of The Pas, Manitoba said his goal was for younger players to follow the example that he and his cohorts laid for them.

“I wanted the young guys to be able to watch us and emulate what we did,” Dewar said. “We all tried to do for them what (Dawson) Leedhal, (Noah) Juulsen, and (Matt) Fonteyne did for us—why change the system when it has seen so much success?”

Everett native Wyatte Wylie explained that while players such as Dewar and Sutter were counted on to firmly lead by example, 20-year-old Sahvan Khaira was “always there to lead vocally and face-to-face.”

Khaira, a native of Langley, BC, embarked on his debut season as a Silvertip with a goal to lead.

“I knew going into my time in Everett that one of the reasons I was brought on to this team was to use my experience to be a leader for the younger guys,” Khaira said.

His teammates acknowledged his experience and his capacity to lift the bench and locker room with his wisdom and guidance.

“When times got tough, [Khaira] knew what to say. His experience really allowed for him to take lead in those situations,” said blueliner Jake Christiansen. “When he talked, guys listened.”

Khaira, whose first season as a Tip was his last as a junior hockey player, didn’t feel like his short time as a tip was at a disadvantage to his leadership potential because he had confidence that each one of them had their own specific roles and talents.

“Suttsy, for example, had a tough year with injury,” Khaira explained, “but regardless he was always a rock in the locker room.”

Sutter, who was out with a lower-body injury from December 29 to the second round of playoffs  against Spokane, believes that true leadership is bigger than hockey.

“It’s so much more than the on-ice stuff,” Sutter said. “It’s included in the relationships you build on and off the ice—it’s more of a family than a team. At the end of the day, hockey is just a little perk of life. You have to enjoy it, but more importantly you have to build healthy relationships with the people around you.”

Similarly to Sutter, building a culture of comfort was a priority for Kindopp. The ’99-born forward said one of the most important things they could do as leaders was make sure everyone is ready to go.

“Grabbing a younger guy before a game and making sure he feels prepared is huge,” Kindopp said. “And I truly think we did a good job of it. It showed because a lot of young players ended up having to step up more than they thought they would. When that time came, they were ready.”

They leading six knew how younger players were going to feel in times of trial and used experience to guide them through. Because, at the end of the day, leadership is more than having an “A” or a “C” stitched to your sweater.

“The biggest thing I could tell younger players is to just be themselves and work to fill your role as best as you can,” Sutter said. “Because you most definitely don’t need a letter to be a leader.”