THE STACKS // The NHL in downtown Everett 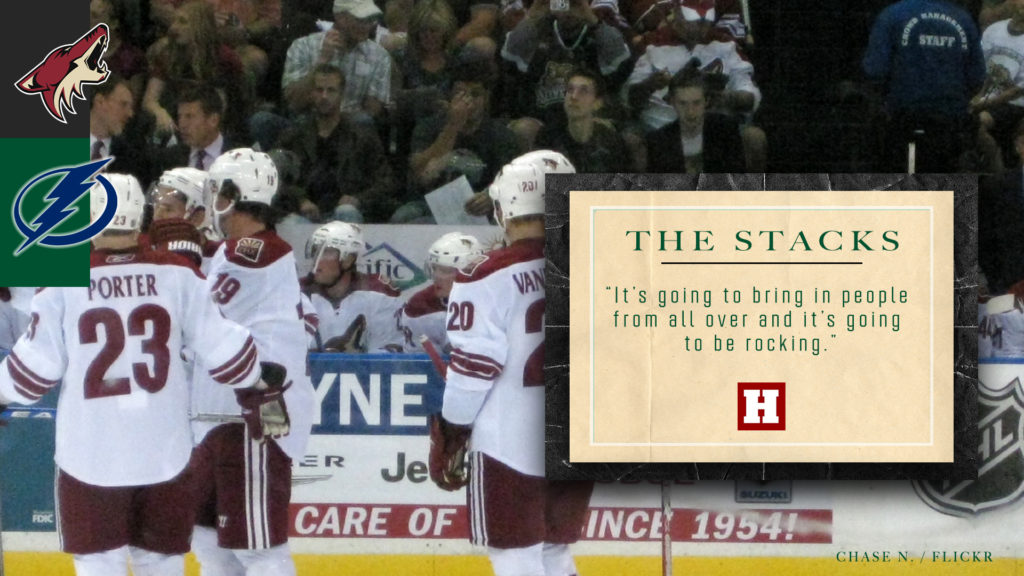 Usually when sharing a throwback story involving Everett Silvertips lore, it’s best for us to send you directly to the link and allow you to get reading as soon as possible (hey, we’re mindful of your time).

This comes with a special circumstance, on the heels of NHL Seattle announcing a formal name for their new home. Another milestone has been passed, and another step taken to the elevation of this great game in the Puget Sound.

If you can believe how much time has passed, nearly 11 years ago, the National Hockey League came to downtown Everett. Pre-season action between the Tampa Bay Lightning and Arizona Coyotes was connected to a litmus test on the pulse of the highest level of play in the world along with a curious and radically growing fanbase.

They responded, and nearly sold out the place (over 7,200 fans in September).

Peter Mueller and Shaun Heshka, former Silvertips and then, budding prospects in the Coyotes system, were both in the house (Mueller was unable to suit up due to injury), opening the door to one final curtain call in the place they called home for years.

Veteran Jeff Halpern scored two goals and Tampa Bay defeated the Coyotes, 2-1, in the first NHL game to visit the Puget Sound in nearly 14 years. At the Tacoma Dome on Sept. 18, 1996, the Vancouver Canucks defeated the San Jose Sharks, 4-1.