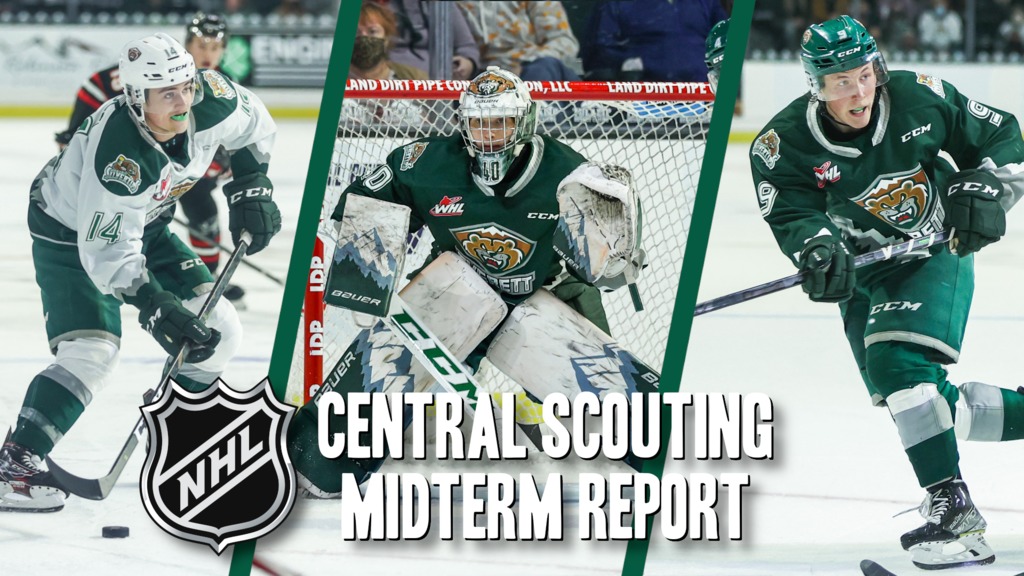 Hemmerling (’04) has been a consistent producer for the Silvertips, posting 26 points in 28 games played this campaign. A relentlessly speedy forward, Hemmerling strung together a seven-game point streak from Nov. 27 through Dec. 10. He has accumulated seven multi-point outings this season, including a season-high four points on Oct. 15 against the Seattle Thunderbirds- a night that included two goals (one the overtime winner) and two assists. He is currently rated 154th overall amongst North American skaters.

Holt (’03) ranks sixth amongst North American goaltenders on the Midterm Report. He currently holds a 13-3-3 record (fifth-most wins in the WHL) with a 2.53 goals-against average (7th) and .910 save percentage (11th). He also has a pair of shutouts under his belt. Perhaps his most impressive outing of the first half came in a 4-1 win over the Seattle Thunderbirds on Dec. 18, in which he saved 49 of 50 shots, the most of any Silvertips netminder this season.

Roest (’04) is another Everett forward who utilizes quick feet and an active stick to be a tenacious forechecker. He has six goals and 10 assists in 27 appearances on the year, including five assists in his last six games. Capable of playing both center and wing, Roest ranks 186th amongst North American skaters.