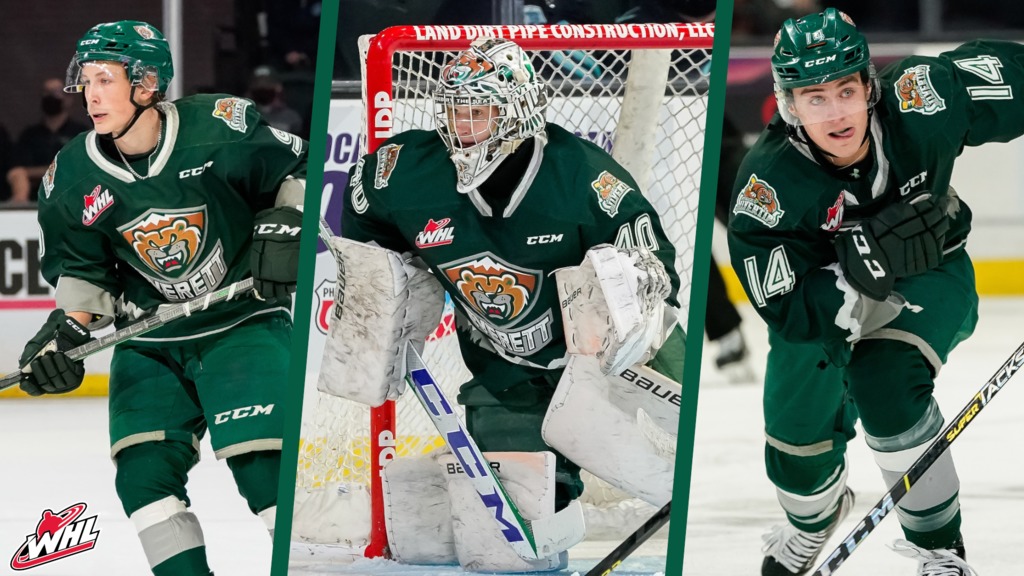 Forward Ben Hemmerling, goaltender Braden Holt and forward Austin Roest are among the 45 Western Hockey League players to crack the list, released Tuesday afternoon. The Everett Silvertips are one of 10 WHL teams to have three or more players featured on the list.

Hemmerling, 17, has started off the 2021-22 campaign with a bang, logging a four-point night on Oct. 15 against the Seattle Thunderbirds; his performance concluded with an overtime winner. After collecting three goals and four assists in 22 games last season, the Sherwood Park, Alberta native is poised for a breakout year.

Holt, 18, is 2-0 in the early goings of the 2021-22 season, with a shutout already under his belt from the Silvertips’ home opener on Oct. 8. Hailing from Bozeman, Montana, Holt is in his third WHL campaign with a career 7-3-0 record, a 1.99 goals-against average and .918 save percentage. He was named to the 2021 U.S. Under-18 World Junior Championship roster and was invited to Toronto Maple Leafs training camp earlier this fall.

Roest, 17, netted a powerplay goal on Oct. 15 for his first point of the 2021-22 season. An Okanagan Rockets U18 AAA product, Roest is in his second WHL season after posting three goals and five assists in 23 games last year.