THROWBACK THURSDAY // Armstrong Behind the Bench 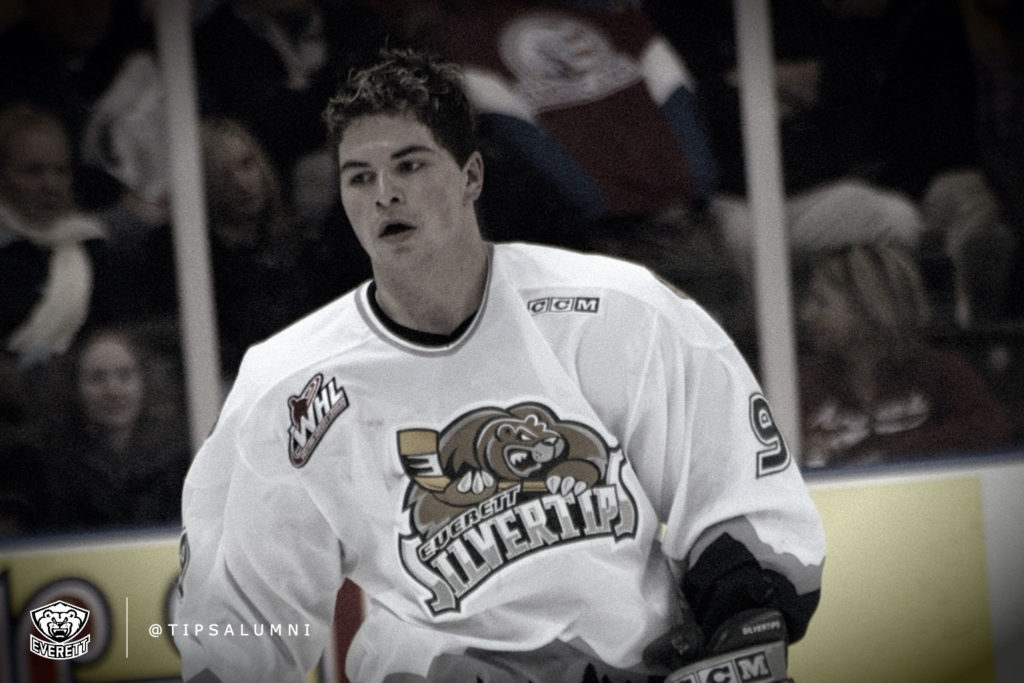 When the WHL expanded to Everett in 2003, Riley Armstrong became one of the very first names on the Silvertips roster. It’s an experience he thinks of often now, 15 years later, as he begins his career as the first ever head coach of the ECHL’s recent Maine expansion team, the Mariners.

“It was pretty cool to build a team,” Armstrong said. “I imagine Doug Soetaert and Kevin Constantine probably did the same things when they were starting out, building the team in Everett. I’m hoping that I can only do half of what Everett was capable of doing in the start of their franchise’s history.”

“The players that come in to the Maine Mariners, they’ve never played with any of these guys before,” Armstrong said. “That’s the situation I was in as a player coming into Everett, I had never played with any of those guys before. Now I’m on the other side thinking ‘How can I get all of these guys to gel?’ and find that chemistry within the group.”

Armstrong is taking the same approach the Everett coaching staff took in their first season, but adding his own experience from over a decade of professional hockey. Only three seasons ago he was playing in the ECHL, not coaching in it, and he’s using that perspective to work with his players.

“For me, the biggest difference is switching my mind from a player to a coach,” Armstrong said. “At the same time, I want to keep my mind almost as a player, to see and learn and understand what works the best for the players. I think I’m young enough and fresh out of the game that I still have that understanding of what the players want or what a player can respond to.”

Armstrong’s experience playing hockey spans nine leagues, 18 teams, and five countries. He spent two games in the NHL with the San Jose Sharks and played with six different AHL teams before heading to Germany and getting the opportunity to travel through Europe. He spent a winter in Finland without seeing the sun, and faced off against Jaromir Jagr in his first game in the Russian KHL. 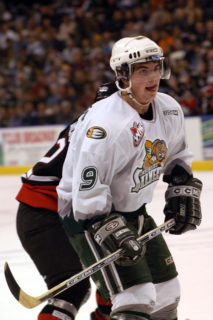 “Looking back on my time in Everett, I probably wouldn’t have played where I played if I didn’t go to Everett,” Armstrong said. “Being under the eye of Kevin Constantine, Doug Soetaert, Jay Varady, guys like that, really molded me into a pro and gave me the opportunity to go after my dreams and goals.”

After a 14 year playing career, Armstrong decided it was time to take his knowledge of hockey from the ice to the bench.

“I always wanted to coach,” Armstrong said. “I ran hockey camps. My mom was a figure skating coach growing up. It was just something I really enjoyed, being able to work with guys.”

After bouncing between various US leagues and Europe for several years, Armstrong returned to the US to play for the ECHL’s Reading Royals in 2015, and joined the coaching staff of the Wheeling Nailers, the Pittsburgh Penguins’ ECHL affiliate in West Virginia, the next season.

“The hardest part for me was that I went from playing to coaching some of the players I had just played against, and drawing the line from being a player and also a coach,” Armstrong said. “When I was with the Pittsburgh Penguins, in Wheeling, a lot of them helped me with that transition, knowing line and knowing what to cross and how to navigate my way through it.”

Armstrong stayed with the Nailers for a season and a half before making the move to Maine to take the head coaching job with the new expansion team. His first season as head coach hasn’t been easy, with the Mariners getting off to a slow start and not making it to the win column until their fourth game. They now sit at fourth in their division and in the top half of the ECHL standings.

In his first year as a head coach, and at the head of a brand new team, Armstrong is leaning on connections he made 15 years ago as a member of the Tips expansion team.

“I leaned on a lot of people I’ve met throughout my career to help me and guide me through where I am today,” Armstrong said.

He still talks to the coaching staff from when he played with the Tips regularly, using Constantine and former assistant Jay Varady, now coaching the Tucson Roadrunners of the AHL, as a sounding board in his first year heading up a coaching staff. When he was making the switch from playing to coaching, he talked with his former Silvertips teammate and then-assistant coach Mitch Love about making that transition.

Armstrong’s journey doesn’t end with a head coaching job in the ECHL. Like the players he coaches, his goal is to climb the ranks from the minors back up to the big league.

“I’m still trying to climb the ladder every day,” Armstrong said. “My dream is to hopefully get back to the NHL, but as a coach.”