Tips Acquire 4th Round Pick in ’20 from Seattle for Patterson 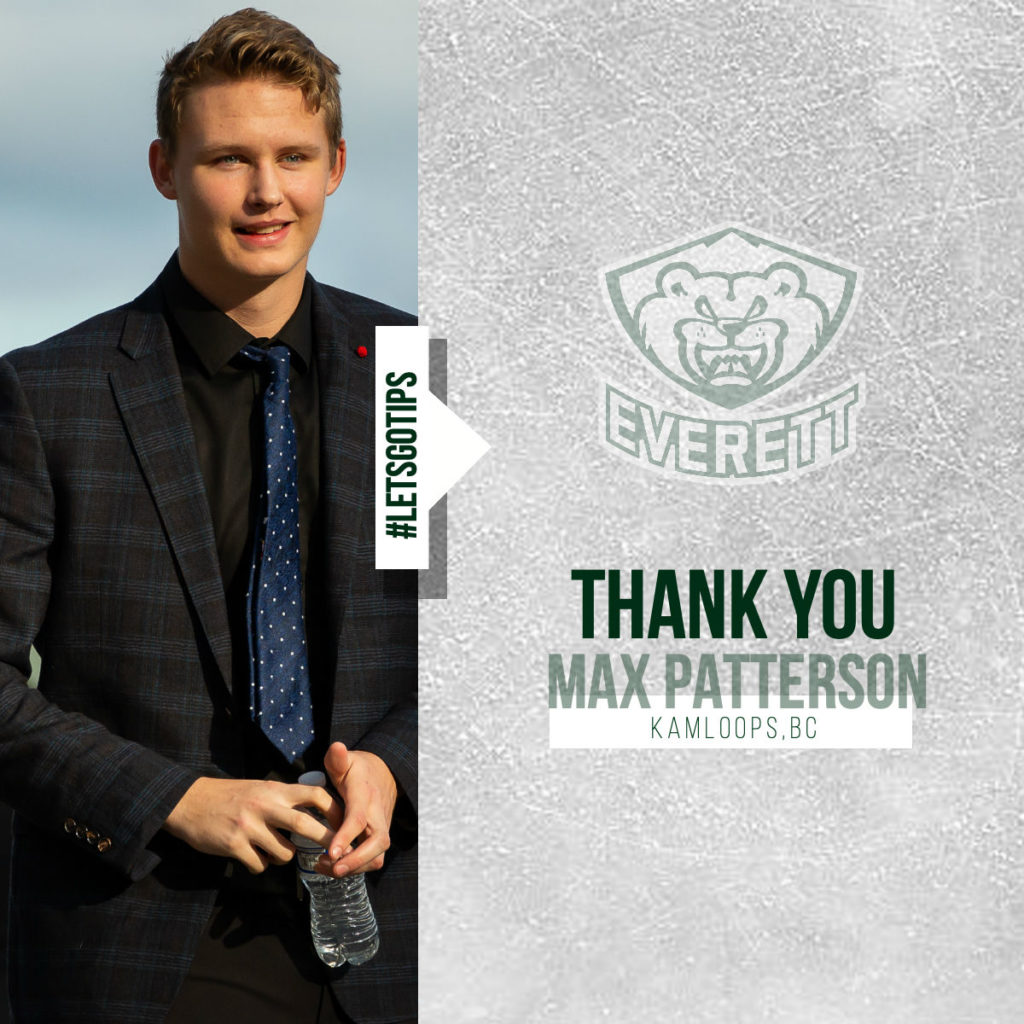 “First and foremost, trades like these are never easy and Max Patterson is forward who checks off a lot of boxes as a player who makes significant contributions at this level, and carries himself with a terrific attitude,” said Davidson. “As we were fortunate to add a familiar, experienced, and extremely productive individual to our blueline in the return of Jake Christiansen from the AHL, we are now obligated to follow guidelines in formatting our roster to the limit of three overage players at this time of the season. The timing of this to find a home for Max, and re-capture a valuable draft asset was too good of an opportunity to pass up.”

Davidson continued, “Max played an integral part in helping us secure our third straight U.S. Division title and his high level of character is undeniable. Max will always be a part of our family, we thank him for his contributions, and wish him nothing but the best moving forward.”

Patterson, who turns 20 on Dec. 27, has three goals and nine assists in 24 games this season with the Silvertips. Last season, after being acquired from the Swift Current Broncos on Dec. 3 in exchange for prospect forward Dawson Springer, a fourth round selection in the 2020 WHL Draft, and a conditional sixth round selection in the 2021 WHL Draft, he helped guide the Silvertips to their third straight U.S. Division title with 20 points (6g-14a) in 36 games while posting eight points (2g-6a) in 10 postseason games.

UP NEXT: The Tips continue their road trip tonight at 5:05 p.m. PT (KRKO / Tips App) against the host Swift Current Broncos at Credit Union iPlex and return home for Teddy Bear Toss presented by Ace Hardware on Saturday, Dec. 14 against the Vancouver Giants, 7:05 p.m. in downtown Everett. Tickets are on sale with a large crowd expected, available at the link below. The game will also host the next Chick-fil-A Fan 4 Pack, offering 4 tickets and 4 sandwiches for as low as $56.

The Tips ticket packages are on sale now, available at www.everettsilvertips.com/season or by calling (425) 252-5100 during normal business hours. Seven game packs are on sale, offering a bonus eighth game for free.