SELECT-A-SEAT MONTH IS HERE | CLICK HERE FOR DETAILS & LOCK IN THOSE SEATS YOU HAVE ALWAYS BEEN LOOKING FOR!
November 30, 2015 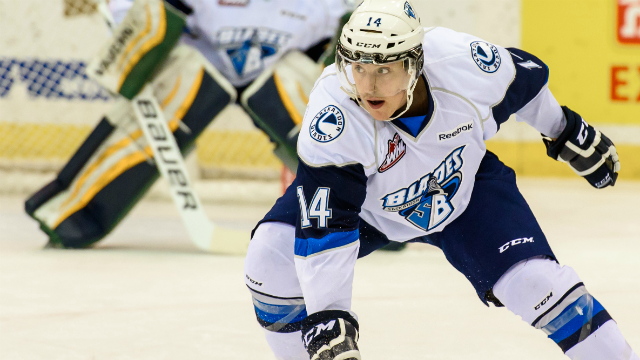 EVERETT, Wash. – The Everett Silvertips, defending U.S. Division champions of the Western Hockey League, and general manager Garry Davidson announced today that the team has acquired 1996-born defenseman Brycen Martin (BRIGH-sen), a conditional third round selection, and a conditional sixth round selection in the 2017 WHL Bantam Draft from the Saskatoon Blades in exchange for defenseman Jantzen Leslie, the rights to prospect left wing Ryan Anderson, and a second round selection in the 2017 WHL Bantam Draft.

“Brycen is a dynamic offensive talent we couldn’t pass on, and upgrades our hockey club,” said Davidson. “He provides a key piece for immediate on-ice success with his ability to control and distribute the puck. This was a deal that made a ton of sense based on our depth and a key piece that helps us be an immediate contender in the Western Hockey League.”

Davidson continued, “Jantzen handled himself with class and character during his time with the Silvertips, and we wish him the best.”

Martin, who turns 20 on May 9, 2016, is expected to report to Everett and will wear jersey #4. He brings 24 points (3g-21a) and +5 rating in 25 games to the Silvertips blueline, currently tied for sixth in league scoring among defensemen and second among WHL defensemen in assists (21). As an alternate captain, his six power-play assists led Saskatoon and seven power-play points were tied for second on the Blades.

The 6-foot-2, 202 pound defenseman was selected by the Buffalo Sabres in the third round (74th overall) of the 2014 National Hockey League Entry Draft, attended his first training camp with Buffalo last season and made his professional debut at the end of the season with the Rochester Americans, skating in two games with the Sabres’ American Hockey League affiliate.

He joins Noah Juulsen (Montreal, first round in 2015) as two Silvertips players drafted by NHL clubs.

In 236 career WHL games with Saskatoon and Swift Current, Martin has 118 points (18g-100a) and 133 penalty minutes while adding a pair of assists in 11 career postseason games. He skated for Canada Pacific at the Under-17 World Hockey Challenge in 2012-13, leading the tournament’s defensemen with nine points (2g-5a) in five games.

Leslie, 16, leaves the Silvertips with ten career games of WHL experience, carrying three assists while adding an assist in six postseason games. The 1999-born defenseman was selected by the Silvertips in the first round (15th overall) of the 2014 WHL Bantam Draft.

Anderson, 16, was selected by the Silvertips in the fifth round (103rd overall) of the 2014 WHL Bantam Draft and the 1999-born forward was tied for third in scoring last season with the South Side Athletic Club of the Alberta Midget Hockey League, collecting 23 points (10g-13a) in 32 games.

The Silvertips return home Wednesday, Dec. 2 for a 7:05 p.m. game against the Tri-City Americans. “Midweek Madness” welcomes the Silvertips back home for that night, offering fans two tickets (lower level) at just $10 exclusively online, a savings of over $13. 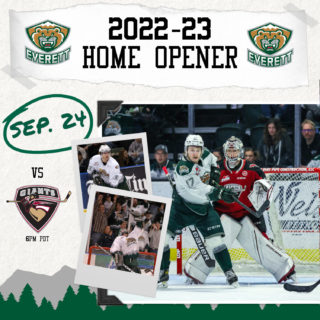 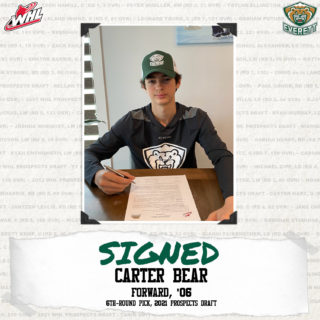