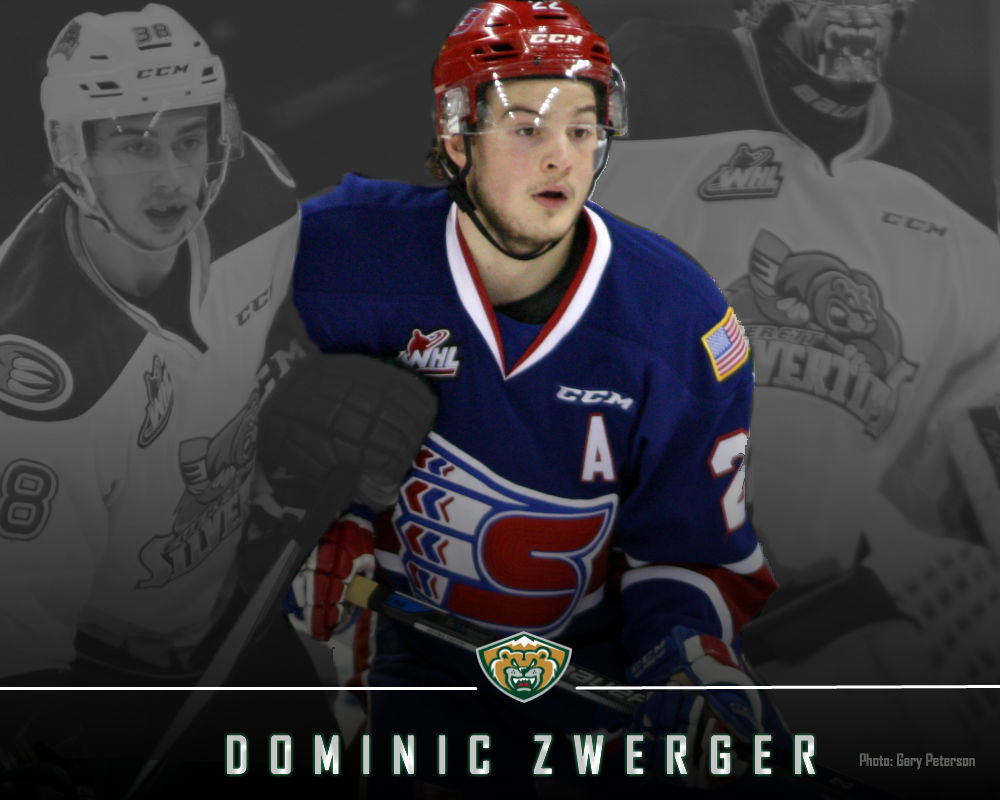 EVERETT, Wash. – The Everett Silvertips (@WHLSilvertips), proud member of the Western Hockey League, and general manager Garry Davidson announced today the team has acquired forward Dominic Zwerger from the Spokane Chiefs in exchange for a third round selection in the 2017 WHL Bantam Draft.

“The opportunity to acquire a proven and established scorer in Dominic Zwerger was too good to pass up and we’re extremely excited to welcome him to the Silvertips family,” said Davidson. “His development has taken the next step up every season and played a large role in getting noticed on the international stage. It’s also extremely important to express our gratitude to Mario Mucka for his service, and we wish him nothing but the best in his future endeavors.” 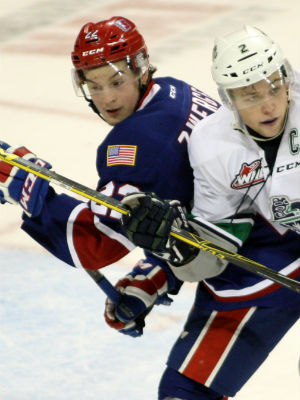 Zwerger, 20, was originally selected by Spokane in the second round of the 2013 Canadian Hockey League Import Draft, and last season led Spokane in goals (27), was second in points (55), third in power play points (14), and tied for third in game winning goals (3) while suiting up in 65 games. He earned 15 multi point games and added four points (1g-3a) in six playoff games.

The native of Dornbirn represented Austria last season at the World Junior Championships (Division I-A), leading the program with seven points in five games of competition. At both the Under-20 and Under-18 levels, Zwerger has 18 points (9g-9a) in 18 games for his international career.

The Silvertips return to play this Friday, visiting the Portland Winter hawks at Veterans Memorial Coliseum at 7:00 p.m. (Fox Sports 1380 AM / Tips App / WHL Live) and come back home next to host the Tri-City Americans on Wednesday, Oct. 5 at 7:05 p.m. Tickets for the Oct. 5 home game at XFINITY Arena are available at the Silvertips website, offering a “buy one, get one” special (green section) for “Midweek Madness” at www.everettsilvertips.com or by calling (425) 252-5100.

Silvertips season ticket or mini-plan packages are available at www.everettsilvertips.com/season.