EVERETT – The Everett Silvertips have acquired the rights to 20-year-old goaltender Brandon Anderson and a conditional fifth-round pick in the 2013 WHL Bantam Draft from the Brandon Wheat Kings in exchange for 1995-born prospect Geordie Maguire, the club announced today.  Anderson is signed to an NHL contract with the Washington Capitals and has finished the last two seasons with Washington’s AHL affiliate, the Hershey Bears.

Measuring in at 6-1 and 184 pounds, Anderson appeared in 107 games with Lethbridge over the previous two-plus years, winning 29 games and making nearly 5,300 saves for the Hurricanes.  The Langley, BC native was passed over in the 2010 NHL Entry Draft, but signed a free-agent contract with the Capitals that September.  His career WHL record stands at 44-63-7-10 with a 3.74 goals-against average and .890 saves percentage.

Maguire, 17, was selected by Everett in the fifth round (#106 overall) of the 2010 WHL Bantam Draft.  The unsigned Winnipeg product spent last year in the Manitoba Midget AAA Hockey League, where he recorded 77 points (40g/37a) in 42 games.

Season tickets and mini-game packages for the Silvertips’ tenth anniversary season at Comcast Arena are on sale now.  For more information call 425-252-5100, “like” the Everett Silvertips Hockey Club on Facebook or follow @WHLSilvertips on Twitter. 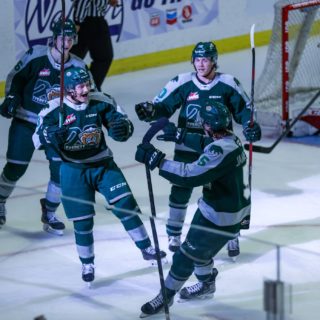