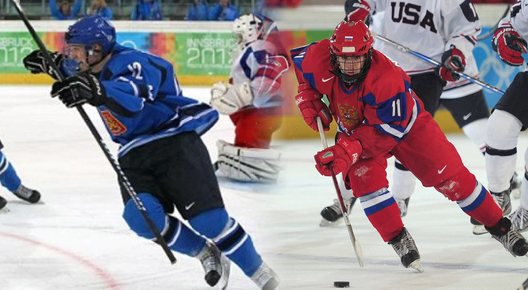 A new CHL rule allows Everett to temporarily keep three import players in case Mueller is retained next season by the San Jose Sharks, who selected him with the 18th overall pick in the first round of Sunday’s NHL Draft.  If and when Mueller is returned by San Jose to the Silvertips next season, Everett would once again be limited to two European imports.

Hopponen, 17, was selected by the Silvertips with the 10th overall pick on Wednesday, making him the third Finn chosen by the Silvertips among their 15 all-time import draft selections.  As a 16-year-old playing in the Espoo Blues organization last season, Hopponen split time between the under-18 and under-20 programs.  In 20 appearances with Espoo U18, he averaged over a point-per-game with 12 goals and 11 assists for 23 points to go with 26 penalty minutes.  He also played ten playoff games with the U18 team, notching four points (3g/1a) and eight penalty minutes.

In 18 regular season games playing up at the U20 level, Hopponen scored five goals and totaled eight points while producing 14 penalty minutes for the Blues.  A 6-foot-1, 185-pound winger with a left-handed shot, Hopponen also represented Finland in the 2013 World Under-17 Hockey Challenge in Quebec.  He ranked fourth on his team with three points (1g/2a) over five games in the tournament as the Finns placed 7th with a 2-2-1 record.

Nikolishin, 17, came to Everett with the 70th overall selection in the second round of the import draft, but was actually the 61st player chosen due to a number of teams passing on their picks.  The Moscow native scored 11 goals and added 12 assists for 23 points in 53 games with the Moscow CSKA Red Army junior program last season as a 16-year-old.  He also captained Russia’s Silver Medal-winning team at this year’s World Under-17 Hockey Challenge.  Nikolishin tied for 11th among all scorers in the tournament with eight points (4g/4a), leading the Russians to the Gold Medal game before falling short against Sweden.

The 5-foot-9, 160-pound left winger was also recently drafted in the first round (29th overall) of the 2013 Kontinental Hockey League (KHL) Junior Draft and has yet to decide his playing destination for next season.  Ivan’s father, Andrei Nikolishin, played ten seasons and over 600 games in the National Hockey League between 1994 and 2004, suiting up for the Hartford Whalers, Washington Capitals, Chicago Blackhawks and Colorado Avalanche in that time.

For complete results of the 2013 CHL Import Draft, CLICK HERE.