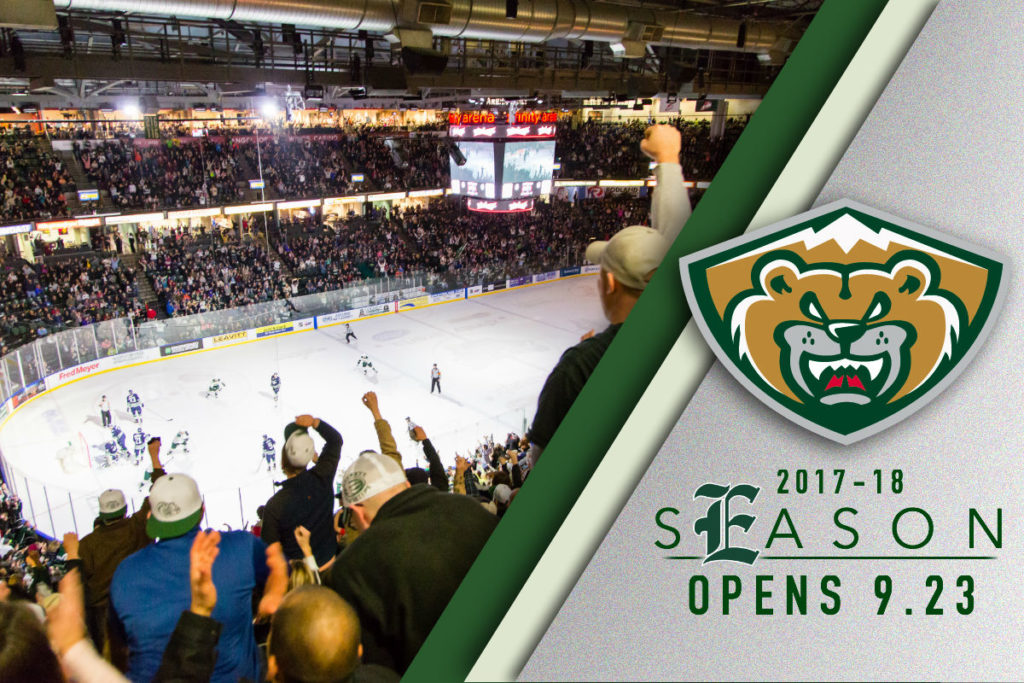 All Silvertips home games are at XFINITY Arena in downtown Everett, scheduled for the following times:

The Silvertips will officially raise their 2016-17 U.S. Division championship banner and for the second time in franchise history, host Portland in the home opener at XFINITY Arena. The matchup marks the first time since 2004-05 the Tips host the Winterhawks in the first home game of the season. The Silvertips are 7-5-1-1 in home openers, all-time and defeated the Vancouver Giants, 3-1 to open the regular season home schedule at XFINITY Arena on Sept. 23.

The Silvertips will announce more events and a complete schedule of promotions in coordination with the 15th anniversary season soon.