TIPS DRAFT: In the Words and Eyes of Bil La Forge 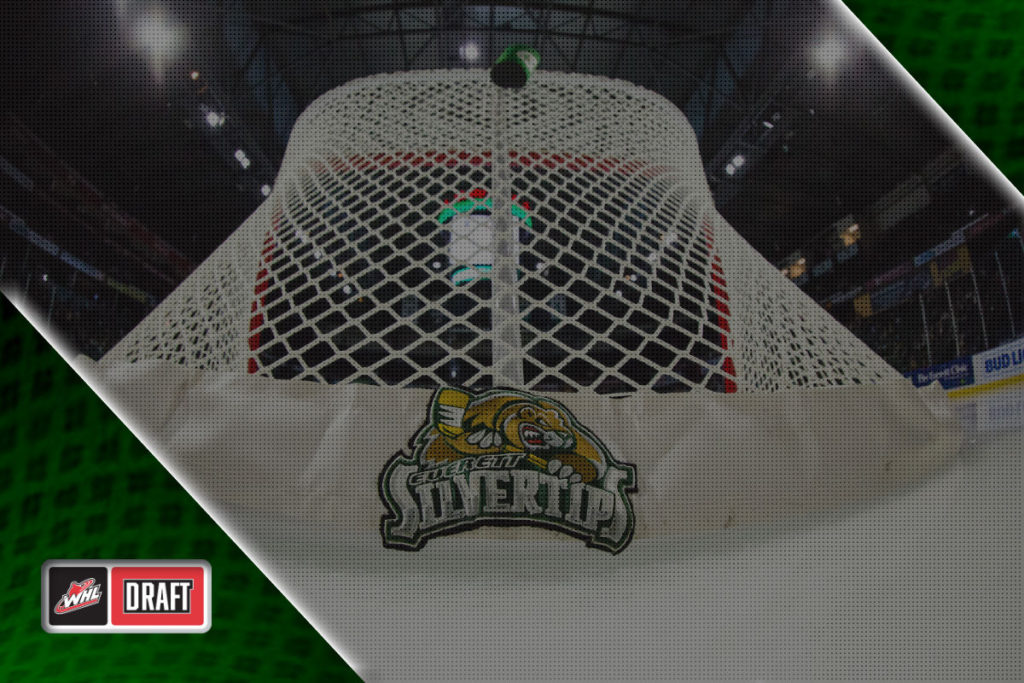 EVERETT, Wash. – Last Thursday, the Everett Silvertips approached the WHL Draft table with one goal in mind: stock up with the players who “check the boxes.”

Anchored by the consistent dedication to find the best available talent – with still plenty of room to grow – the Silvertips repeated philosophy of what makes an ideal prospect is what drives each selection, giving each player a proverbial key to potentially opening a door to a successful and robust WHL career with the following characteristics:

In other words, those are the core values to each drafted prospect. 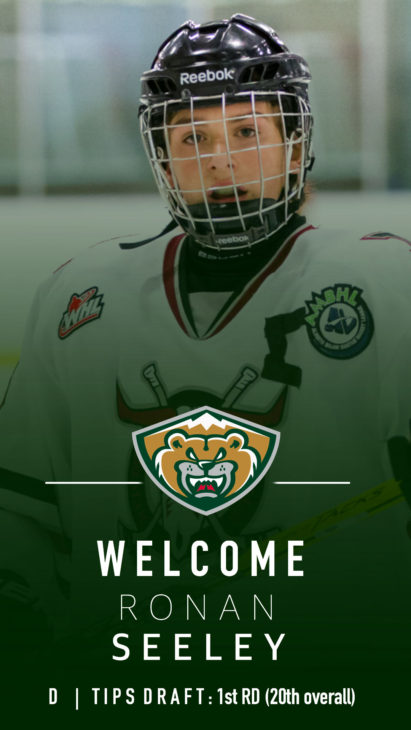 BIL LA FORGE SAYS: “He’s just an all-around, really good defenseman who fits all the criteria that we want as a hockey player. There’s definitely some Kevin Davis in him. I think a couple of other scouts from other teams afterward came up to me and said ‘you have a little bit of Juulsen there too.’ He has the good qualities from a lot of the defensemen who have been great for us. He plays the whole game every night as captain of his team and he’s well liked.”

“We talked to a lot of people and you can’t find anyone who says anything but great things about him. He has good leadership qualities, is a stand-up human being, comes from a good family, and we were really excited to select him when we did. There were a lot of nervous moments at our draft table, for sure.” 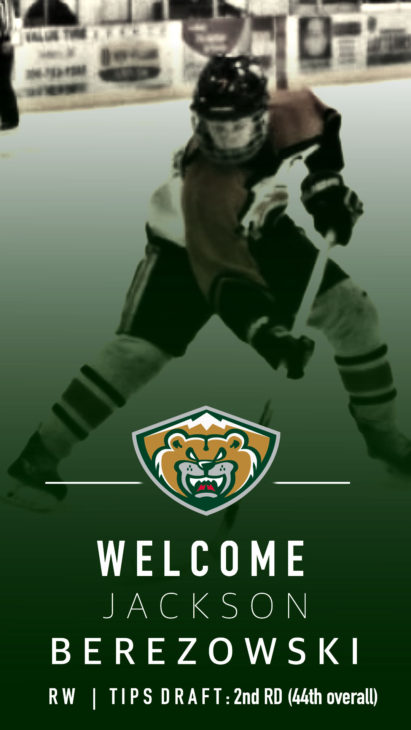 OF NOTE: 1st, SBAAHL: 87 points in 30 games … had a pair of four goal games … earned seven hat tricks during the season … five times had six points or more in a game … notched a season high seven points, twice.

LA FORGE SAYS: “Jackson’s an all-around player. He makes everyone around him better. Pucks flow through him very well. He can play power play, penalty kill, and he’s a kid that a coach wants to have on the ice. I like to draft as many as those kids as we can. We did that this year.”

“You never left a game wondering about his game. He’s the kind of kid we’ve had some success with. I think he’ll be a really good player for the Silvertips moving forward.” 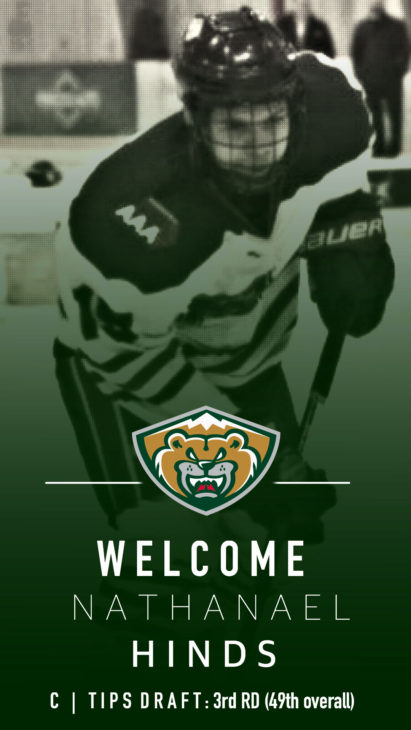 LA FORGE SAYS: “That was definitely (Silvertips Manitoba Scout) Doug Sinclair’s target heading into the draft. Garry Davidson, (Saskatchewan Scout) Garry Ryhorchuk, Doug, and myself  watched him. I watched him a lot throughout the year and thought he continued to develop as the year went along.”

“He’s an athletic and strong kid. He can skate, handle the puck, shoot the puck and see his teammates really well and has a high motor. He checks all the boxes we look for in a skilled forward.” 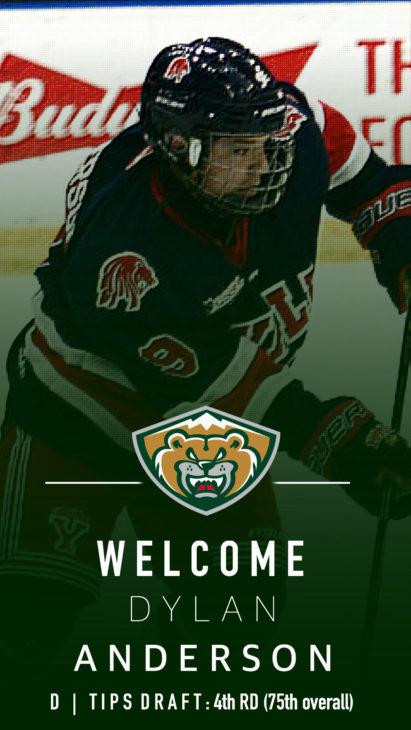 OF NOTE: 12 points in 20 games: Yale Hockey Academy … twice had 3-assist games during the season.

LA FORGE SAYS: “Dylan was one of those kids I identified along with (British Columbia Scouts) Jag Bal and Zed Malenica early in the season  – you watch other guys on the team but you’d leave the rink every night saying ‘that Anderson was good, again.’ He’s our kind of defenseman. He’s got good hips, strong physically, makes the first pass (out of the zone successfully), breaks up plays, and another guy who played quality minutes in a quality program.”

“He received strong endorsements from his coaches. We were over the moon to get him. He’s got a bright future.” 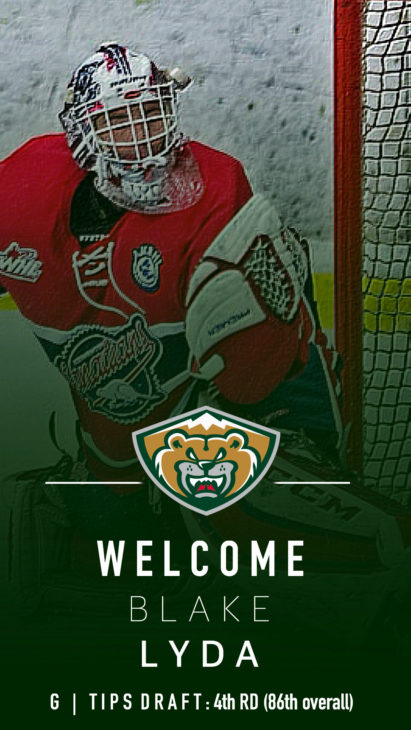 LA FORGE SAYS: “I think we have a pretty scary goaltending tandem going forward. Obviously we have been fortunate having Carter for the time he’s here, but you have to acknowledge that eventually Carter will leave. I think we’re in great hands with guys like Dustin Wolf and now Blake Lyda, coming in. We’re going to have two big time goalies going forward. He was the unanimous number one goalie ranked in the draft by our staff.”

“I’ve known Blake and his family for a while, and how much extra time and effort he puts into his craft. You’re not going to outwork this kid. He’s technically very sound. We’re fortunate to have the goaltending present on our depth chart. That even counts for the guys we’ve drafted in the past. Blake’s a special goalie. Coming from Edmonton, I saw him play a ton. I think Silvertip fans are going to have a big reason to continue cheering for goaltending in the future.” 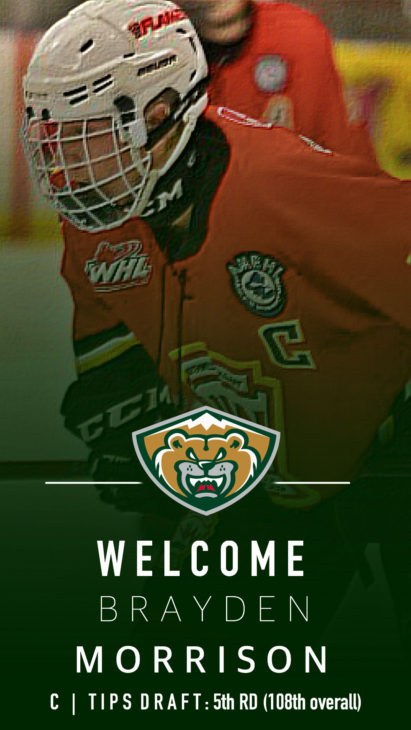 LA FORGE SAYS: “You appreciate the bloodlines, and at the same time you pay attention to evaluating the player you see on the ice like anybody else. Brayden has his dad’s smarts and hockey sense. He plays a 200-foot game. He’s always in the right spot. You watch a player and think ‘he should be doing this’ (in a certain situation) and he’s already done it. He plays the game ‘the right way.’ He plays hard every night.”

“He never takes a shift off. Brayden is a big time player we’re fortunate to draft and will be fortunate to get into our program. But we’re excited to show him the Silvertip way and hopefully he’ll choose to further his development with us, moving forward.” 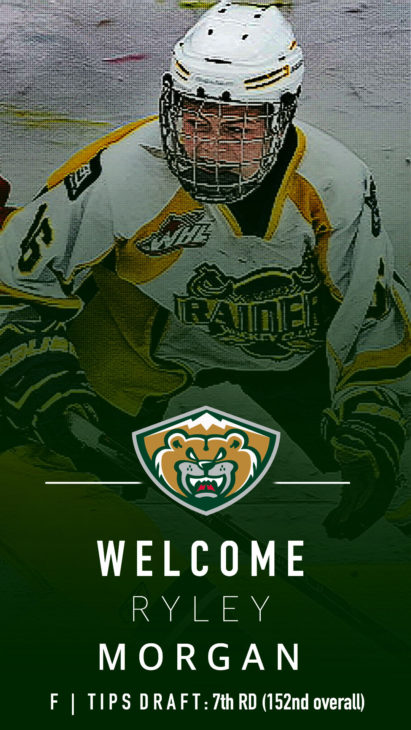 LA FORGE SAYS: “Ryley’s got speed to burn. He’s probably one of the best skaters in the draft. With his skating is a very good level of sense for the game. He didn’t always get to play on the big line in St. Albert – they were a very good bantam team again. But in a key situation he was the guy the coach put out”

“He’s a very good kid and I’ve known him for a bit. He has the ability to use his speed to make plays. He plays in all situations. He’s a player that we saw and wondered why he was still there in the draft, but we were happy to step up and take him.” 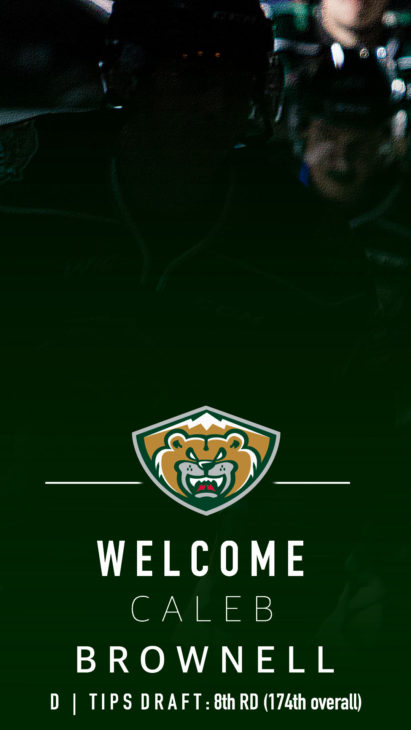 LA FORGE SAYS: “You’ve got to like his reach and range. He’s another kid we watched quite a bit this year.”

“His ability to compete and battle every shift – especially in his own end, but getting up ice as well – is pretty special.”

“We think he’s a high ceiling guy. What you see now is good but what you can see in the future is pretty special.” 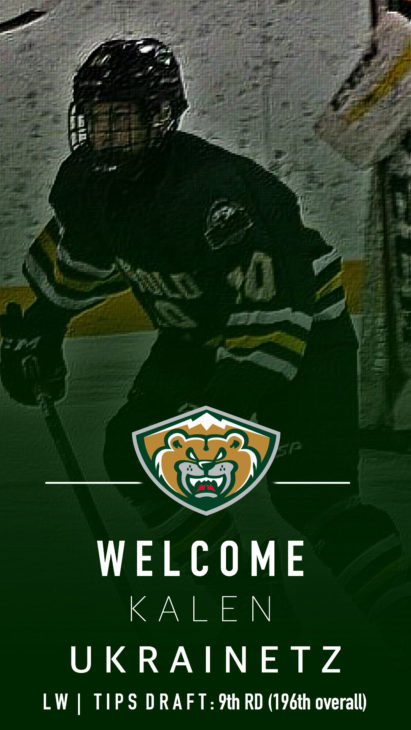 LA FORGE SAYS: “Sometimes it’s difficult because you’re always comparing players to previous players. But in conversations with Garry Ryhorchuk, I said ‘there a lot of Carson Stadnyk to this kid.’ Obviously Carson was a great Silvertip. He reminds me of him quite a bit.”

“He’s another kid didn’t always get first line minutes but always seemed to factor on the scoresheet. There’s a good chance he’s one of the more underrated players in the draft.” 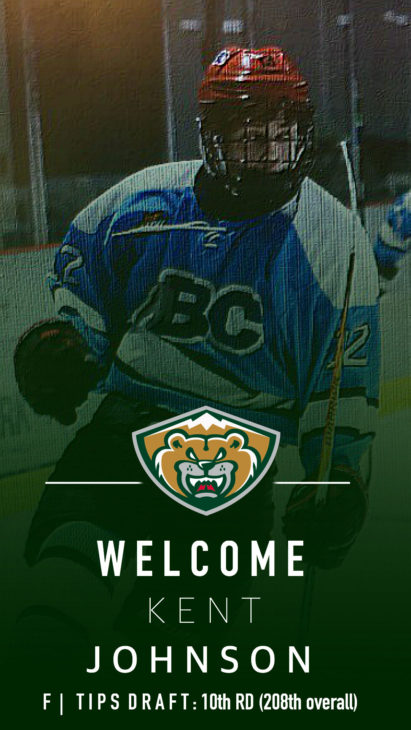 OF NOTE: Earned a pair of points in his four games with Vancouver (BCMML) during the season.

LA FORGE SAYS: “I like the fact he plays the game with a high level of skill and intelligence. He’s got a little bit of swagger to his game and he’s not afraid to try things offensively. He’s a late birthday category and there’s more development that will come with him.”

“We liked him from very early in the year and continued to monitor his game. He took a big step at the end of the year. Moving forward, we’re very to add him to the program.” 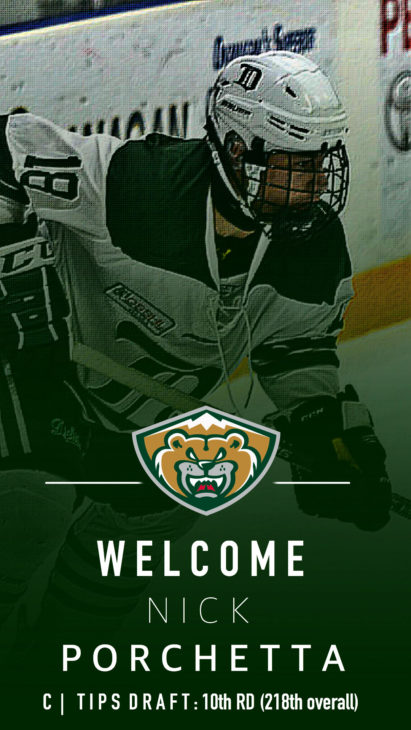 LA FORGE SAYS: “He’s a two-way player. Talking to his coach, he was adamant that he’ll be a sure-fire player in the WHL. He’s could be in a spot to play all the time. When there’s a five-on-three penalty to kill, he’s always out there. He comes with a good motor.”

“We think there’s a chance with him that he could be a player for us in the future, like a Brian King type of player – block shots, get into the dirty areas, and still have enough offense to make a play when there’s a chance.” 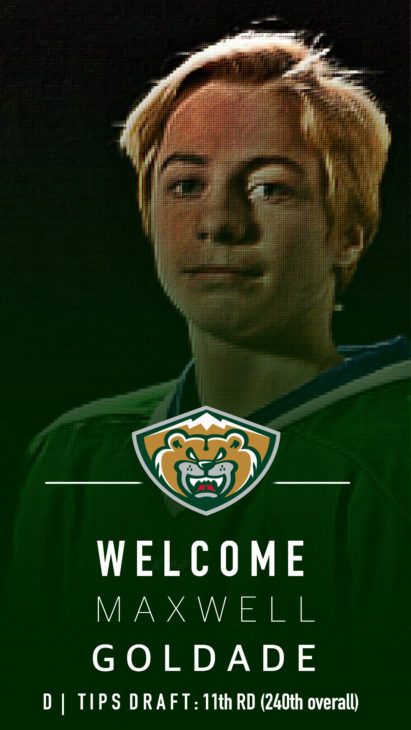 LA FORGE SAYS: “Max is a small defenseman who doesn’t know he’s small. Right now he’s 5-foot-4 who plays like he’s 6-foot-4.  He’s exciting, he’s got some offensive skills, he can shoot the puck, get into the play well, and makes things interesting for forwards coming through the open ice with their heads down. He doesn’t pick spots; I promise you that.”

“We watched him at the Alberta Cup and he took some big guys out. He’s a fun kid to watch. We’re really excited about him.” 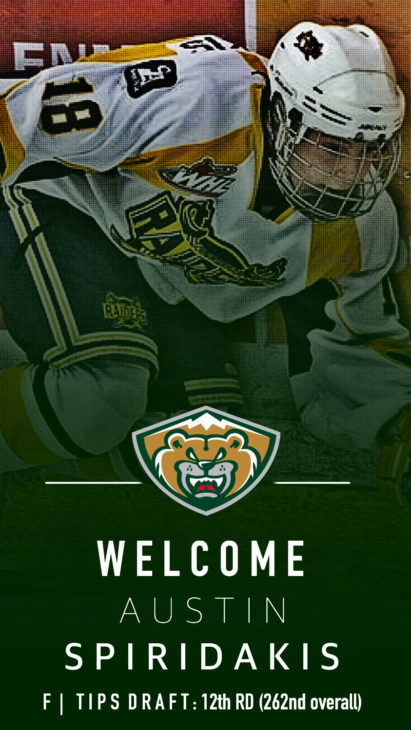 AUSTIN SPIRIDAKIS
POSITION: FORWARD
DRAFTED: 12TH round, 262nd overall
OF NOTE: 5th, St. Albert (AMBHL): 58 points in 35 games … had a pair of assists in five games for Team Northwest at the Alberta Cup

LA FORGE SAYS: “As the draft process goes, you get pretty excited when guys like Austin are still hanging around. He scored a pile of goals this year. He’s strong. He plays a big and heavy game. He has the ability to put the puck in the net. It’s an exciting addition to get him where we did, and really, no matter what spot. He’s a good player.”

Complete Silvertips training camp information for 2017-18 will be announced soon.