TIPS DRAFT: In the Words and Eyes of Mike Fraser 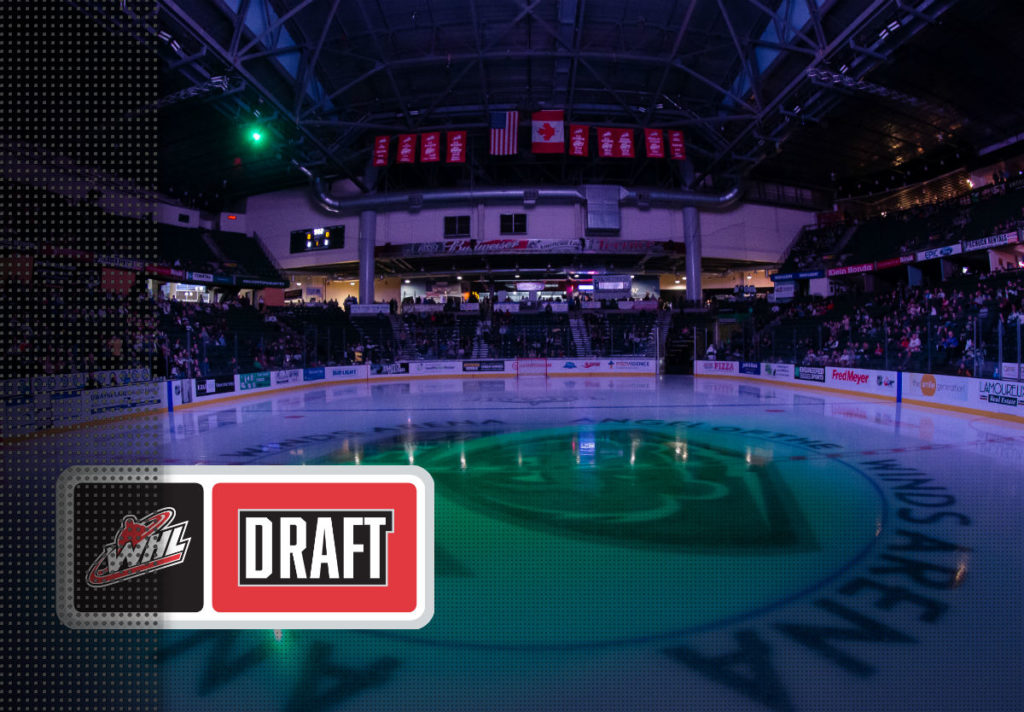 On Thursday, May 1, the Everett Silvertips entered the WHL Draft with a unique situation: no draft picks in the first round. Or the second round.

Still, if all things shake out to plan, and even if in step with recent history, no problem.

A model of consistency since Garry Davidson took over the general manager over seven years ago, the Tips haven’t missed the playoffs, ever, won the U.S. Division four of the last five years, and got to within two wins of the Ed Chynoweth Cup last May. They haven’t just produced results out of their top end picks, but also through the middle and even bottom of the lineup.

Check out some of these (all who have suited up as a Silvertip) since the 2012 draft:

Since Davidson’s first draft with the Silvertips in 2012, there’s a heavy amount of prime hockey beef found in the middle to late stages.

Moral of the story: ignoring anything beyond the second round is an egregious mistake.

Davidson – last season’s WHL executive of the year and named Western Conference honoree again this year – was pretty quick to give credit to the staff that has the eyeballs for talent, the meticulousness to do their homework – and then the conviction for priority selection when draft day arrives.

How are these players evaluated? Davidson and head scout Mike Fraser – also in conjunction with another important eye, director of player personnel Alvin Backus – stick with a consistent model of skill, speed, and compete level. This year’s draft produced a crop that was heavy in forwards – seven of the 12 selected.

(By the way, being careful to consider “size” is a wise decision. An example here, from The Athletic, gives more necessary context to a player’s potential with physical AND mental growth spurts they may yet to reach. Examples: Jake Christiansen was 5-foot-8, 150 when drafted. Entering a potential “overage” year, he’s now 6-foot, 190 pounds. Reece Vitelli – who turns 18 in July – has already added three inches and 30 pounds.)

Fraser, teaming with Backus and all Silvertips scouts on the next wave of talent with potential, provided his details on each pick below: 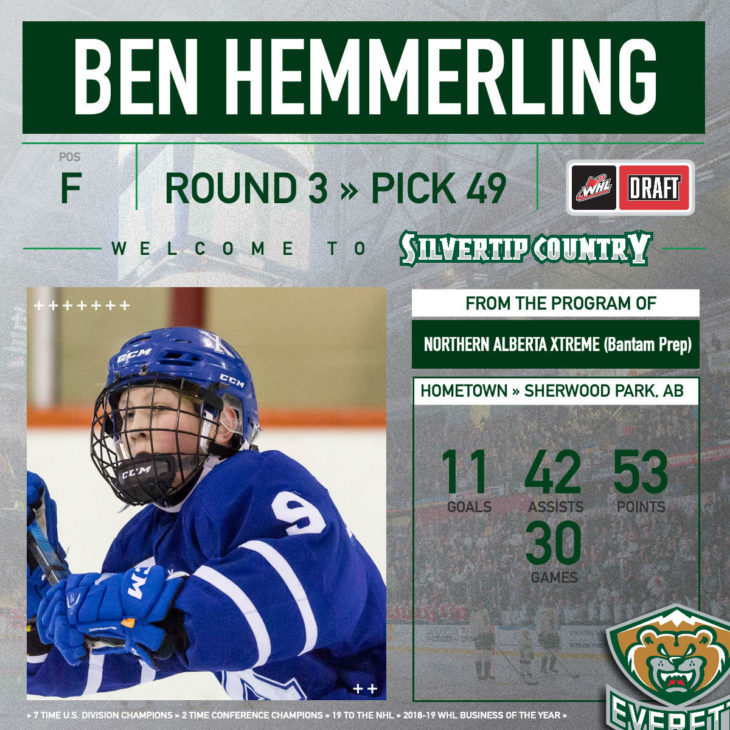 OF NOTE: Led the program in assists (42) – next closest player had 24 – and was second in points (53) in 30 games … had five playoff assists, tied for the program’s postseason lead … was third in playoff scoring with 7 points in 5 games … of note for the program he played with, first overall pick (and current U. of Denver commit) Matthew Savoie had a ridiculous 97 points in 30 games, the year prior.

MIKE FRASER SAYS: “I had seen Ben play before and he possesses offensive instincts. He doesn’t quit, and contains a very strong compete level and sees the game very well. He’s a player who could be a big part of our future.” 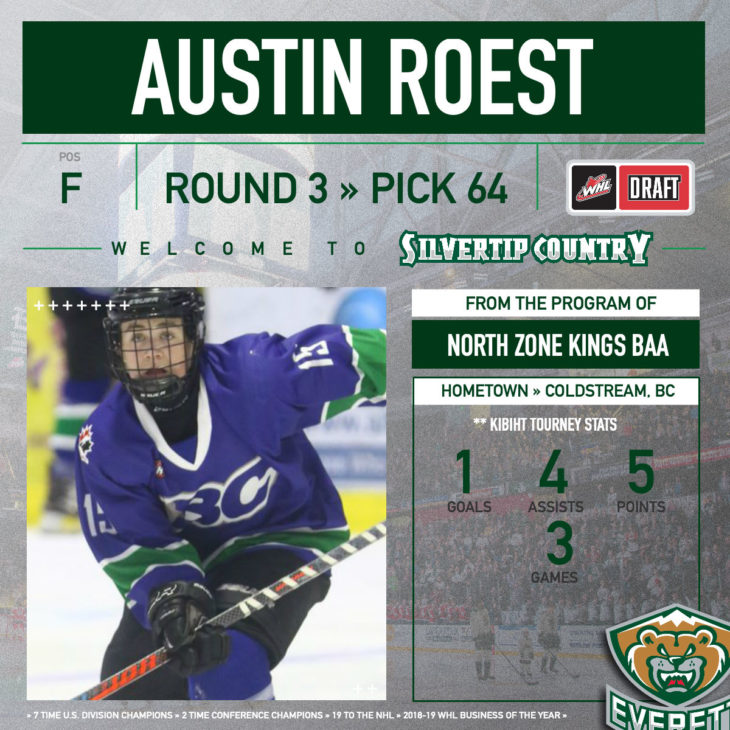 OF NOTE: His only public statistics are from the Kootenay International Bantam Ice Hockey Tournament (goal and four assists in three games) and another four point in six game-spurt with the Okanagan Rockets (BCMIML), but Fraser added he was discovered with potential in venues that don’t deliver as much publicity … was a BC Cup participant … dad is Stacy Roest, WHL grad and former Detroit Red Wing/Minnesota Wild forward.

FRASER SAYS: “A lot of similarities to Hemmerling: a quick playing forward and a smart player with a ton of upside – he has a high ceiling. He sees the ice well, very good on face-offs, and another kid with great hockey sense who has potential to be a big part of our future.” 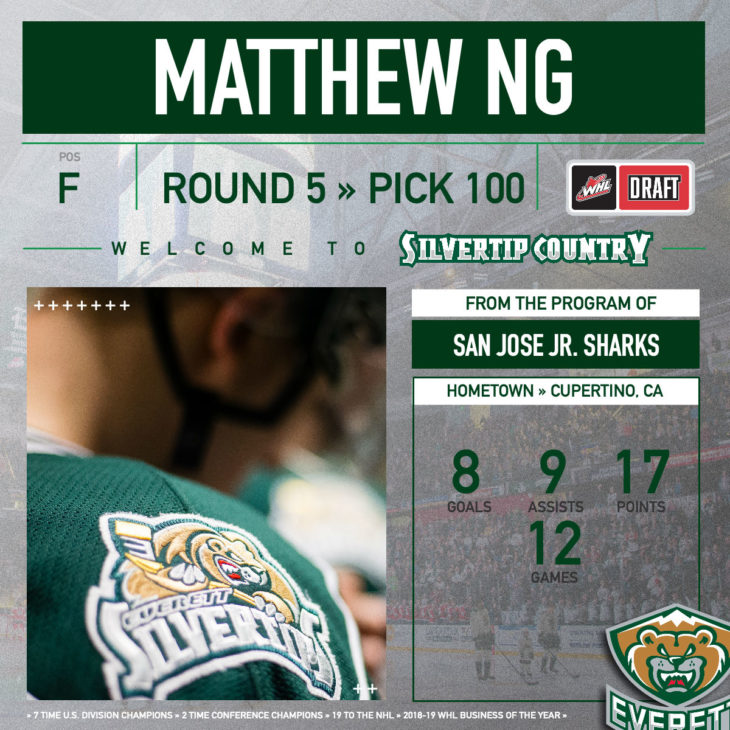 OF NOTE: Leading point getter (17), assist man (9), and tied for the Sharks lead with eight goals in 12 games … had a six point game (2g-4a) in a 9-2 win over the Colorado Rampage on Dec. 16 … was on the board with a point or better in seven of his first nine games … Cupertino, Calif. native, so it’s another strong potential testimony about the game’s growth in warmer climates.

FRASER SAYS: “Alvin (Backus) and I had the pleasure of watching him at the Anaheim camp not too long ago and he’s also had viewings from us throughout the year. He’s a very tenacious player, has very good skill, plays the game quick, and contributes offensively while being one of the first guys back in his own zone. He’s a player who’s shown a lot of interest in our program, and we’re excited to have him.” 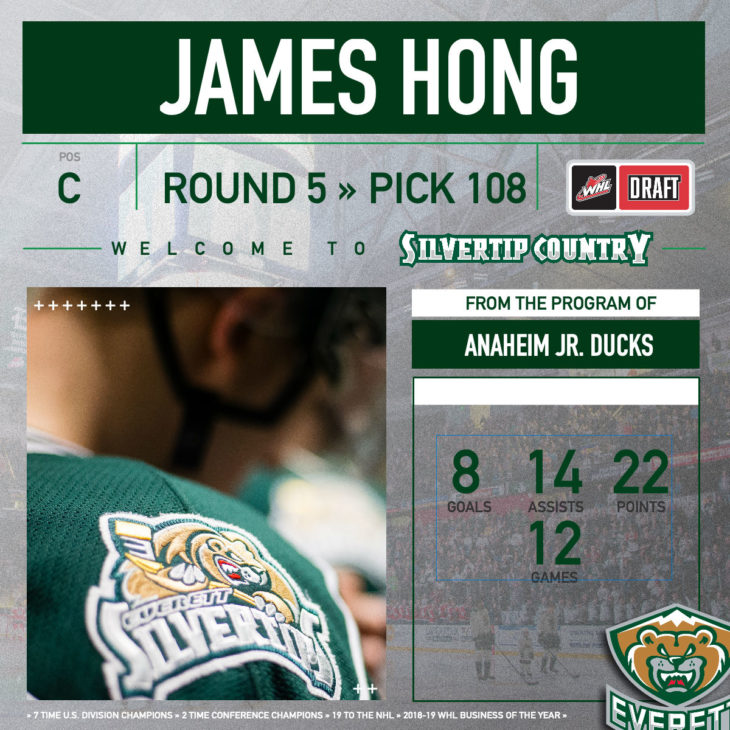 OF NOTE: Leader in all offensive categories for the Ducks program: points (22), goals (8) and assists (14) … was held off the stat sheet for only two games … had a five point game (1g-4a) on Dec. 16 against Belle Tire U14 program … Irvine, Calif. native – see above for “sunbelt” storyline.

FRASER SAYS: “Another quick player and a real cerebral guy. He’s another one Alvin and I had a chance to watch in Anaheim. His offensive instincts may be be better than anyone I’ve watched this year. He fits into the Silvertip mold of playing a quick style and adapting to a quick transition.” 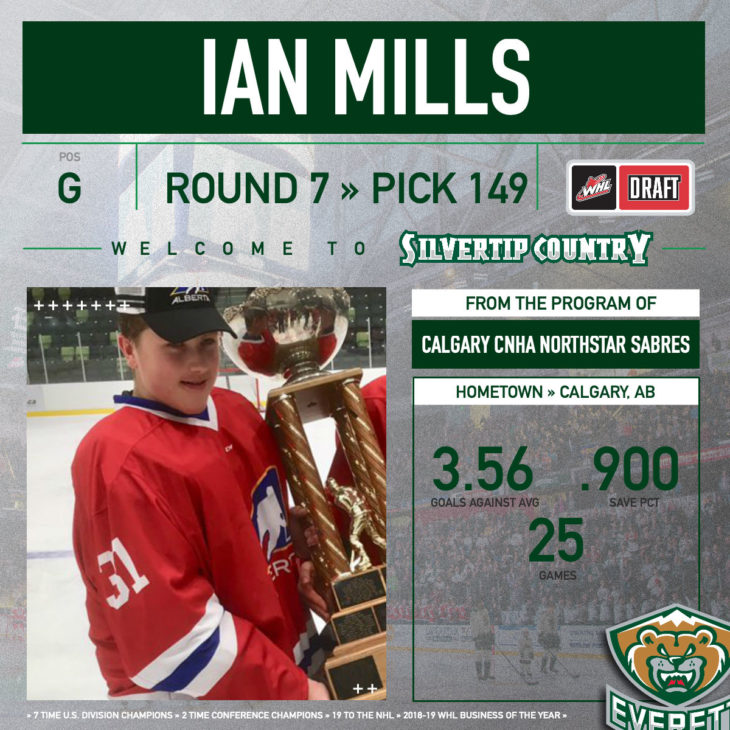 FRASER SAYS: “We really like Ian’s technical game. He really impressed us at the Alberta Cup and is positionally, a very strong guy.

He reminds me a lot of Silvertips goalies we’ve seen throughout the years – Garry (Davidson) was high on him, and one of the better goalies in the draft. We’re happy he was available.” 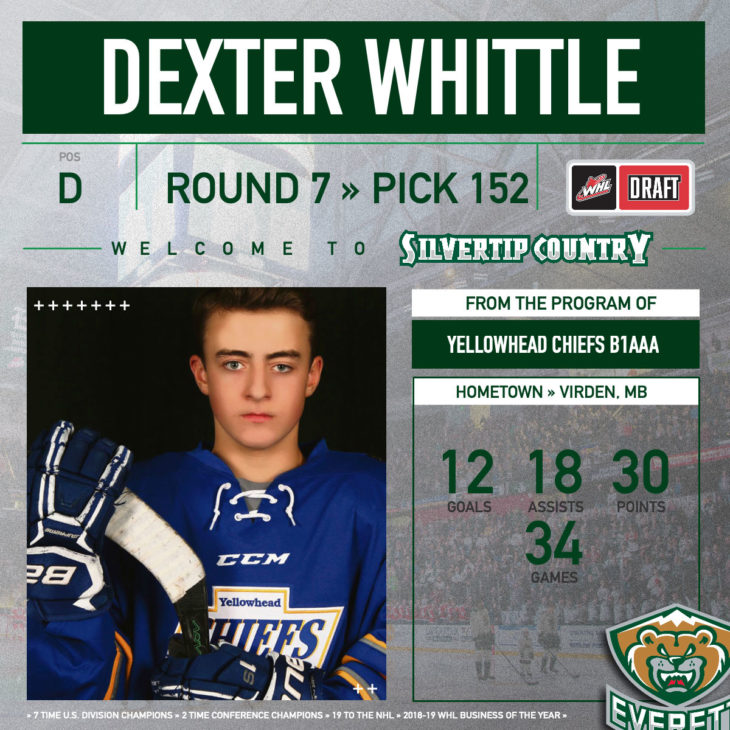 OF NOTE: Led program’s defensemen with 12 goals in 34 games … had his final three point game from the blueline on Feb. 12 vs. Parkland … totaled three different games of three points during the season. 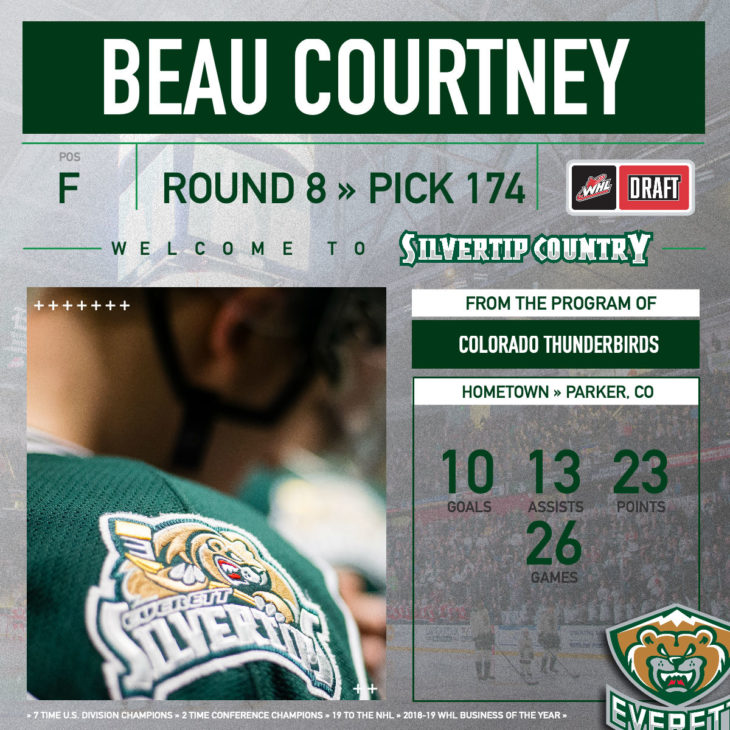 OF NOTE: Posted 8 points in 13 games for the program … selected by the Silvertips along with two other teammates, defensemen David Hejduk and Reid Conn (more below) … ended the season with six points in his final eight games.

FRASER SAYS: “Garry Davidson had a lot of intel on this selection and in learning about his game, he’s described as a hard-working, two-way center who has offensive touch as a pass-first guy. He’s been compared to Connor Dewar. We like his skating and we like his compete. He’s someone we’re really looking forward to seeing at camp.” 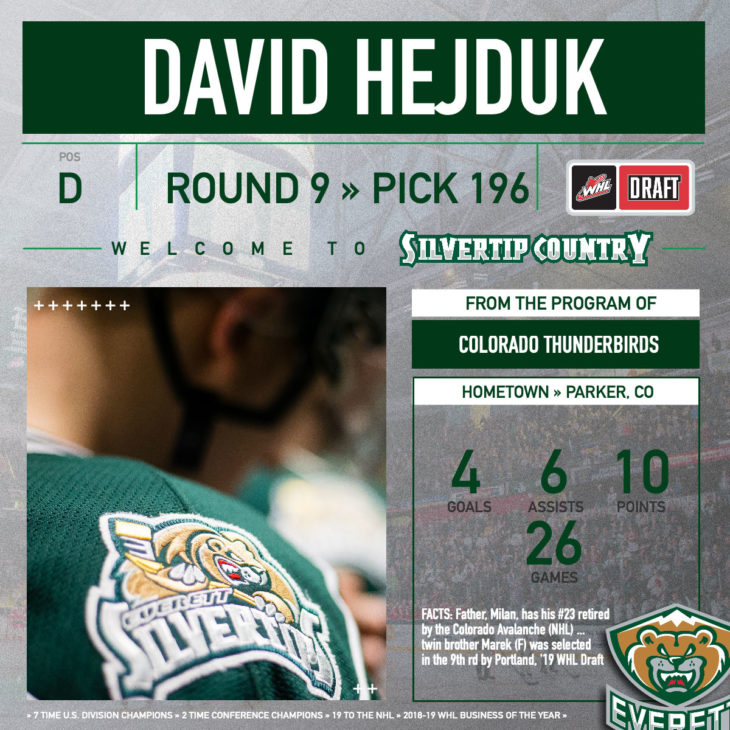 OF NOTE: Earned a pair of points in 13 games on the blueline for the Thunderbirds program … both came on the power play … father, Milan Hejduk, was a part of two Stanley Cup winning teams with the Colorado Avalanche and his #23 jersey is retired by the organization … David’s twin brother, Marek, was selected six picks prior by the Portland Winterhawks.

FRASER SAYS: “David is a defenseman smaller in stature but plays a very cerebral game. He gets pucks out of the defensive zone effectively and moves the puck quickly. He plays a fast game. He’s a good skater, plays with his head up, and maintains good gap control on the back end.” 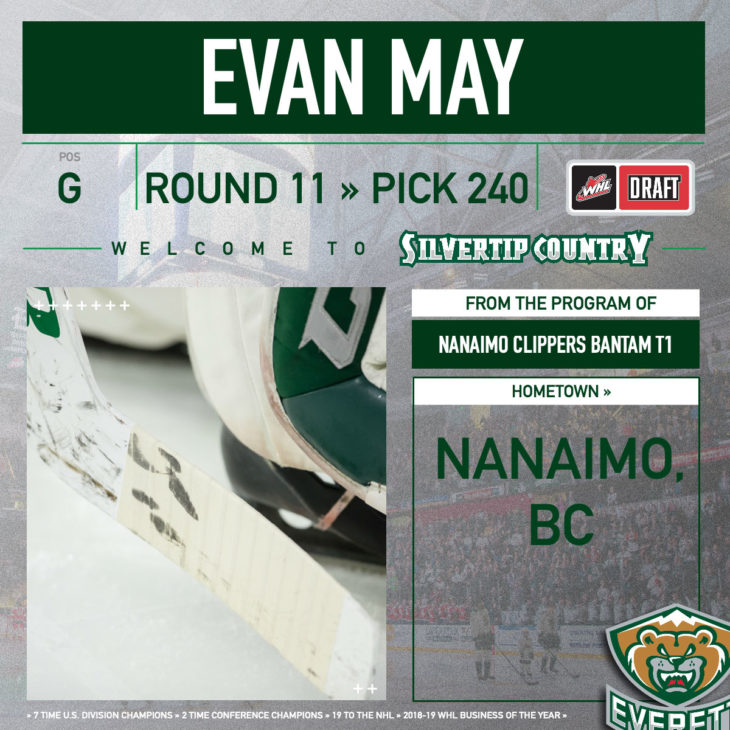 FRASER SAYS: “Evan played for Nanaimo where his father is an island scout, and I had a chance to see numerous times. I like his potential. He may be a little bit raw but plays a solid, non-flashy game.

He has good size to go with good positioning.

We thought even though we picked a goalie, this guy was still so high on our list that we wanted to give him an opportunity and get him into our training camp. We’re excited to get him.” 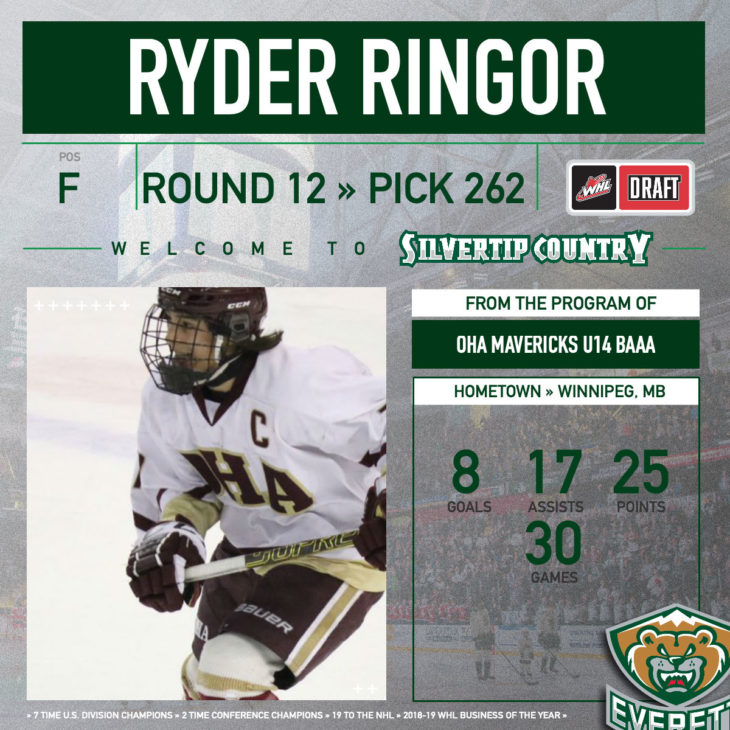 OF NOTE: Was second on the Mavericks program with 25 points … led the Mavericks with 17 assists … had five points in five playoff games, tied for second in club postseason scoring … enjoyed a five-point game on Dec. 2 vs. Ottawa Valley … had six multi point games and his final effort of the season was a hat trick on Mar. 3 vs. the Ottawa Jr. 67s

FRASER SAYS: “He played out east in Ontario but a lot of us got a chance to watch him in Winnipeg last month and he showed himself as a quick, flashy, and skilled forward. He sees the ice really well. He’s another guy who can make plays, is dynamic, creative, and made a lot of things happen each time on the ice. 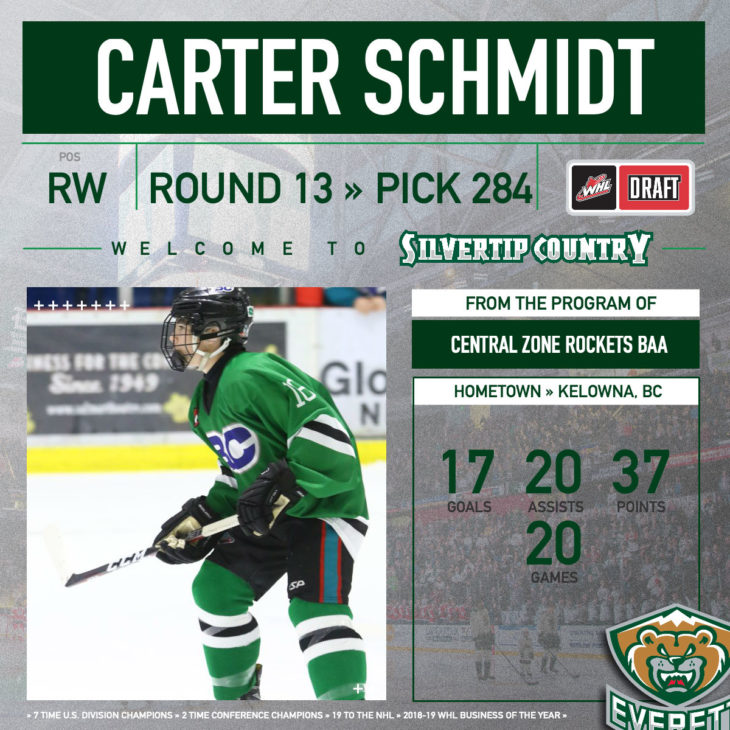 FRASER SAYS: “He’s an undersized player who competes, competes, and competes more. He has great skill, is really good in draws, sees the ice very well, and someone we started targeting after he took off in the second half of the season. We’re pleased to get him as late as we did.” 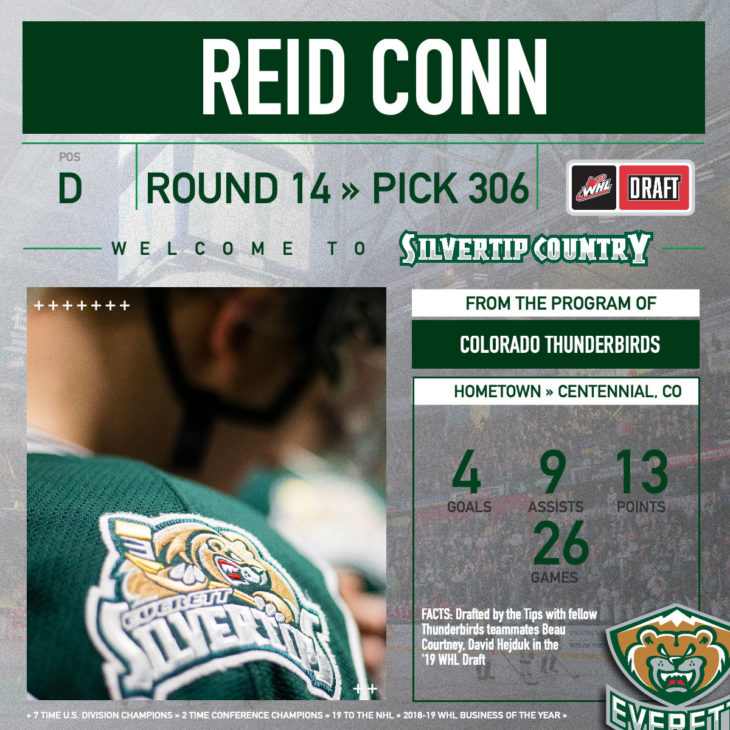 OF NOTE: Had a pair of points in 13 games on the blueline for the Colorado Thunderbirds … skated with fellow Tips draft picks David Hejduk, Beau Courtney … turned 15 years of age on Feb. 2, and is already listed at 6-foot-1, 160 … father, Rob Conn, skated for two seasons in the NHL with the Chicago Blackhawks (1991-92) and Buffalo Sabres (1995-96).

DRAFTED: “Reid is a ‘big rig.’ He’s still a bit raw but physical, defends well, and has a rangy frame. He doesn’t play a flashy game, but is your prototypical ‘stay at home’ guy – he defends his zone well.