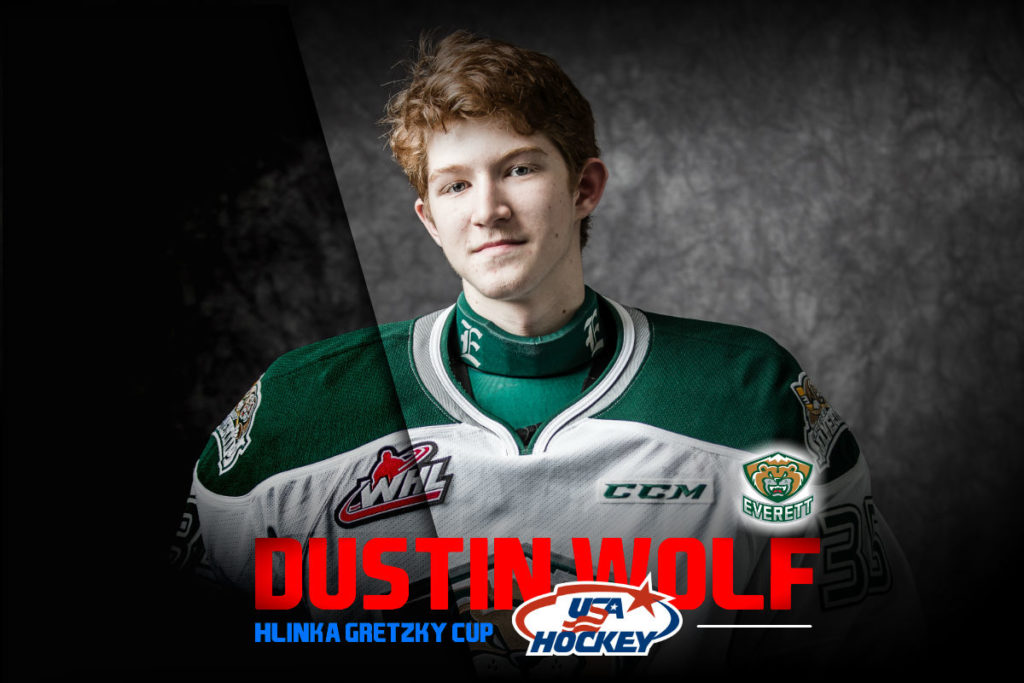 Wolf, a 2001-born goaltender, competed in Team USA’s Select 17 Player Development Camp in Amherst, N.Y. for a roster spot, among top performers in each age group of USA Hockey.  The national festivals and camps conducted by USA Hockey identify the top performers in each age group for possible opportunities to represent the United States at advanced levels of national and international hockey competition.

Rebranded as the Hlinka Gretzky Cup and formerly known as the Ivan Hlinka Memorial Cup, the tournament is an annual event held each August for national under-18 teams across the world, measuring elite international competition for an NHL Draft eligible age group. As the first major event on the scouting calendar for NHL talent evaluators, eight players from Team USA’s Under-18 squad last season were selected in the 2018 NHL Draft.

The native of Tustin, Calif. was a part of the Silvertips sixth U.S. Division title and second Western Conference title last season, and as a 16-year old was tied for third overall and led all WHL rookie goaltenders with four shutouts while earning a 13-6-0-0 regular season record, .928 save percentage, 2.25 goals-against-average and four assists in 20 appearances.

Wolf earned victories in his first two starts of his career, earning Vaughn CHL Goaltender of the Week honors the week ending Oct. 29 with 82 saves in 85 shots faced, becoming the youngest goaltender (16 years, 6 months, 11 days) in Silvertips history to earn a victory since Carter Hart (16 years, 1 month, 7 days) in 2014-15. He played in nine minutes of action in the WHL Playoffs, stopping all four shots faced in his sole appearance, Game 5 of the second round against Portland. He was selected by the Silvertips in the fifth round from the 2016 WHL Draft (104th overall), previously suiting up for three seasons in the Los Angeles Jr. Kings program.

Wolf is entering his first season of eligibility for the NHL Draft, and the 2019 event is scheduled to be held June 21-22 at Rogers Arena in Vancouver, hosted by the Canucks.