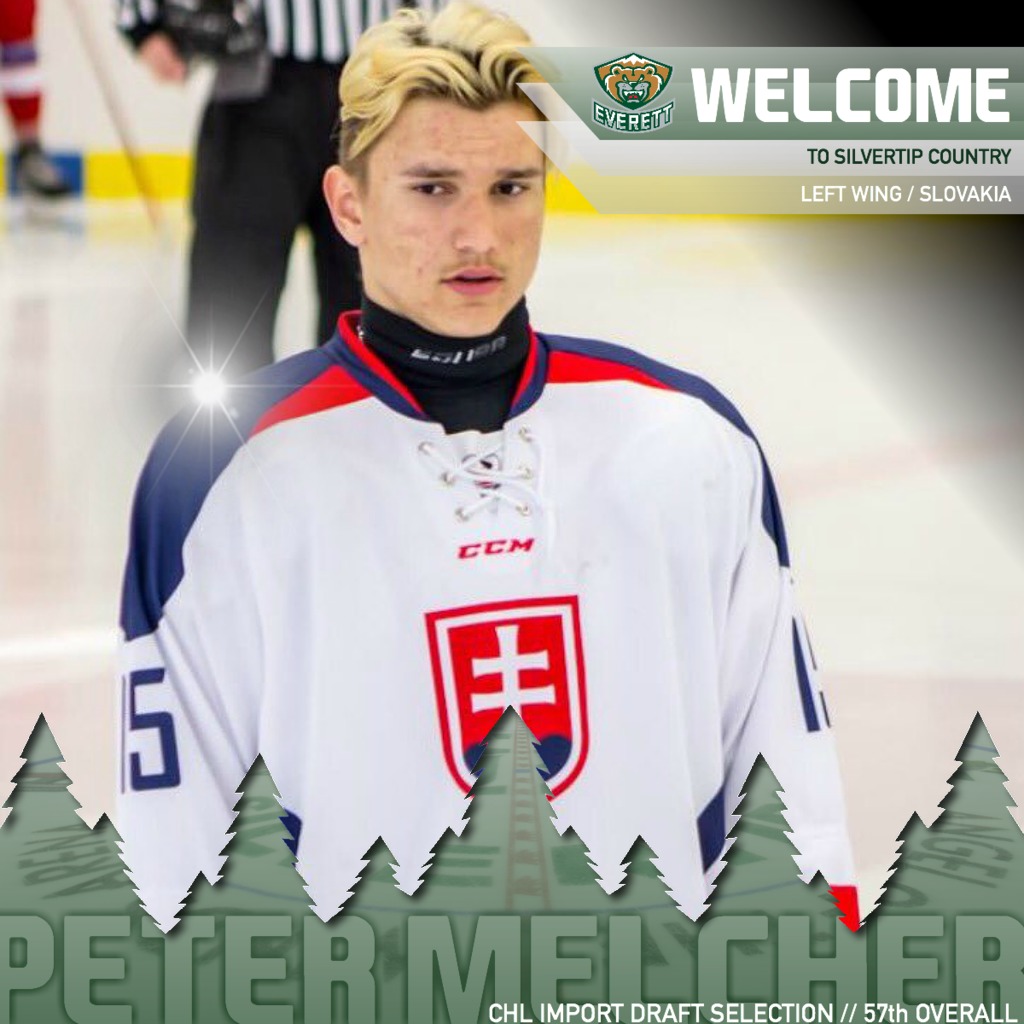 “With an impact player like Martin Fasko-Rudas scheduled to return this next season for us, we are pleased to find a forward like Peter who fills a need up front,” said Davidson. “Our fans will notice similarities to Martin’s game which make him a terrific fit. Peter enters this program with time to grow and develop, potential, skating ability, and great hockey sense. He brings national team experience and eagerness to contribute at this level. We look forward to welcoming Peter to the Silvertips family.”

Melcher, 17, was second in goals (17) and collected 27 points in 15 games with the MHC Martin U18 club last season, also ranking third on the program in postseason points (9) in three games. He added 12 games of experience with MHC Martin’s U20 program and posted three goals and five assists, adding to 12 points in 17 games of relegation competition.

Last season, he suited up for Slovakia (U18) at the Ivan Hlinka Memorial Tournament and earned an assist in four games and has a silver medal with the national team. For his Slovakia U18 career, Melcher carries 109 points (62g-47a) and a +28 rating in 95 career games. Melcher’s career best numbers at the Slovakia U18 level came in 2016-17 when he led MHC Martin with 26 goals and was second with 51 points in 43 games.