TIPS IN THE AHL: Everett alums have dominant weekend in AHL 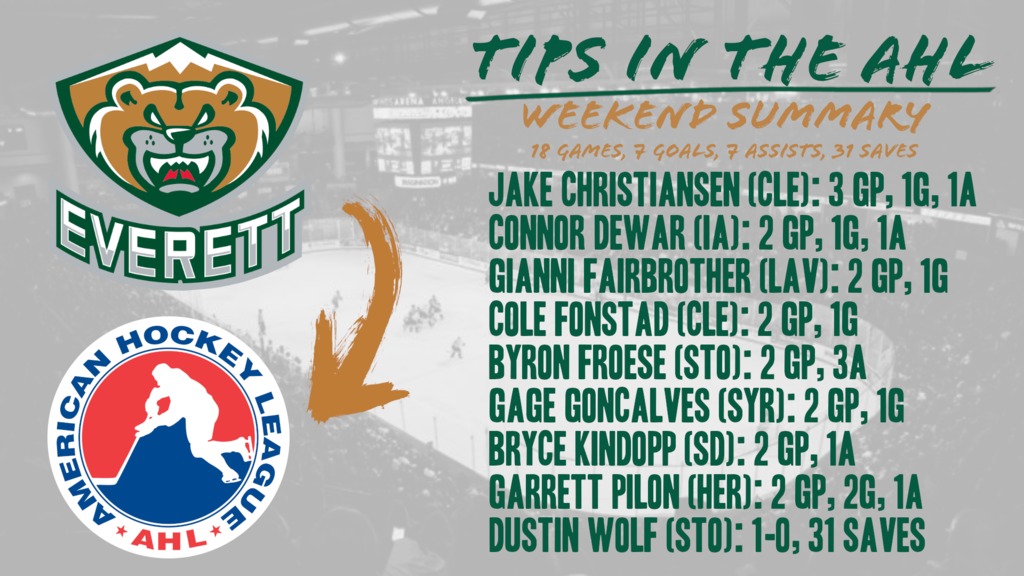 EVERETT, Wash. — Everett Silvertips alums combined for 14 points and 31 saves over a three-day stretch in the American Hockey League from October 22-24.

Dustin Wolf recorded a win and 31 saves in his start between the pipes for the Stockton Heat on Saturday, October 23. Meanwhile, Garrett Pilon and Byron Froese led former Tips in scoring with Pilon logging two goals and an assist and Froese collecting three assists.