TIPS IN THE NHL: Dustin Wolf called up to Calgary Flames 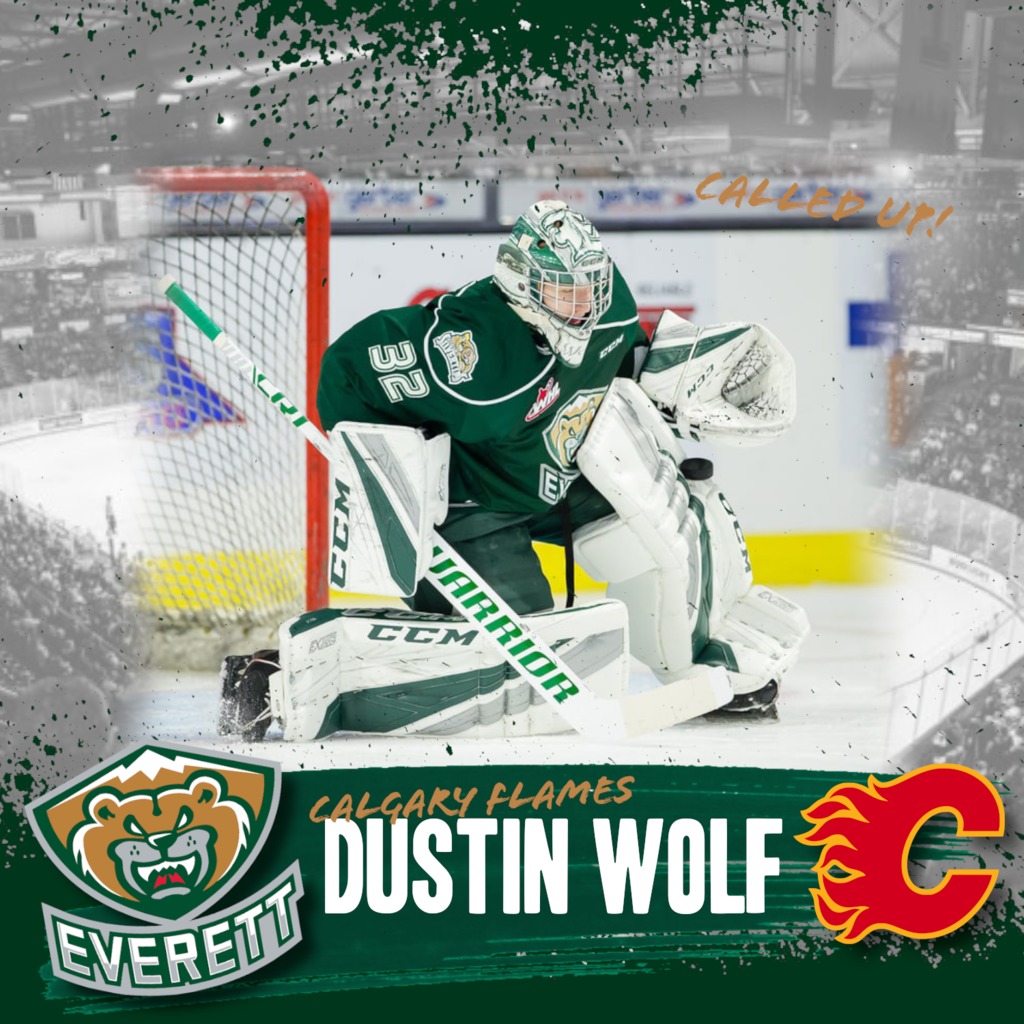 SEATTLE, Wash. — Former Everett Silvertips netminder Dustin Wolf has officially been called up to the Calgary Flames. He is expected to serve as back-up goaltender for the Flames tonight in Seattle against the Kraken.

Wolf, 20, played four seasons with the Everett Silvertips from 2017-2021, amassing 106 wins with a career 1.84 goals-against average and a .935 save percentage. Wolf earned the Canadian Hockey League Goaltender of the Year award in 2019-20, as well as the USA Hockey Junior Goalie of the Year award in the same season and the WHL Scholastic player of the Year in 2018-19.

He also backstopped Team USA to a World Junior Championship Gold Medal in 2021.

Wolf becomes the third former Everett Silvertip to be called up to the National Hockey League in time to take Seattle ice, joining Connor Dewar (made his NHL debut with the Minnesota Wild at Climate Pledge Arena) and Jake Christiansen (called up to the Columbus Blue Jackets and participated in warmups before their game against the Kraken but did not dress for the game.