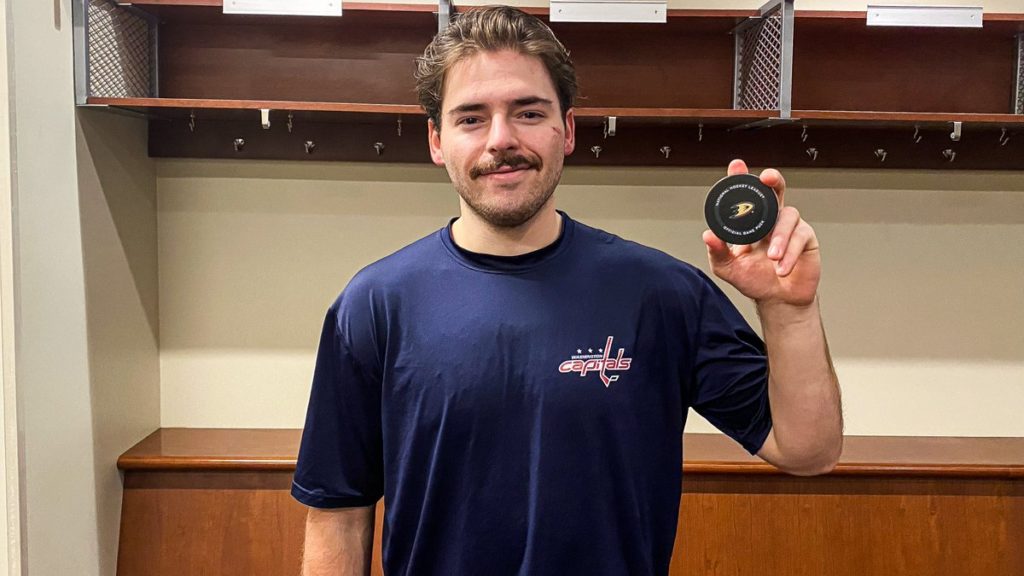 The first of many to come!

Pilon, wearing number 40 for the Caps, was skating in just his second career NHL game on Nov. 16. The 23-year-old had been with the Capitals’ AHL affiliate, the Hershey Bears, before earning the call-up this week. Pilon had five goals and six assists in 13 games with the Bears this season.

“There have been lots of moves between Hershey and here,” he said to media after the game. “It’s nice to be able to get the call-up and contribute in a positive way.”

The former Silvertips scorer inked a two-year, $1.5 million contract extension with the Washington Capitals in June 2021. Pilon played in 207 career Western Hockey League games, racking up 192 points. He joined the Silvertips in 2017-18 for 30 games, posting 16 goals and 20 assists, followed by 28 points in 22 playoff games.