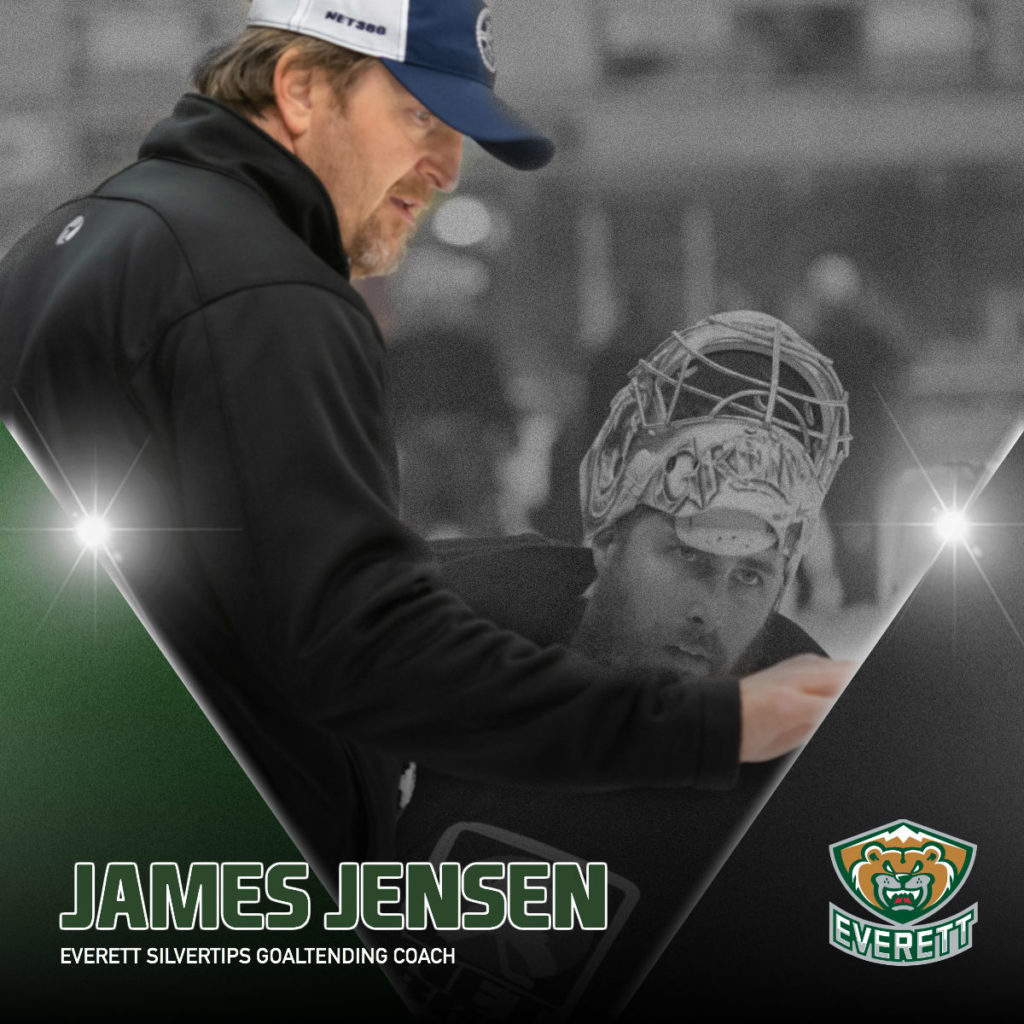 “On behalf of the Everett Silvertips organization, we are excited to welcome James Jensen as our new goaltending coach,” said Davidson. “He is a highly respected individual throughout our game who carries a reputation of positively impacting the careers of goaltenders, all the way up to those playing in the National Hockey League. His modern and innovative approach to instruction makes us look forward to connecting him with our goaltending potential in the organization and we will welcome him to Everett starting with training camp this month.”

“This is a perfect fit for me, moving forward as a goaltending coach,” said Jensen. “The WHL/CHL is the greatest league in the world to showcase the talents of 16-20 year olds and a big element of my intentions as a coach is to advance the careers of the game’s best.  Everett is a phenomenal organization in this league and the staff assembled here is set up for success.  I am eager to support Coach Williams by ensuring that Silvertip goaltenders have the specialized coaching and detailed attention required to further develop and thrive in this league and beyond.”

Jensen has over 20 years of service as a professional goaltending coach, emphasizing private training and carrying relationships with goaltenders currently playing at the NHL, minor professional, WHL, and youth levels. He currently serves on staff as a coach with NET360, an annual camp in West Kelowna, British Columbia dedicated to development of NHL and prospect goaltenders, and serves as a goaltending contributor to OR Sports, a goaltending technique tutoring platform.

Jensen, who has recently worked with NHL goaltenders Devan Dubnyk (Minnesota), Frederik Andersen (Toronto) and James Reimer (Florida), has consulted for five seasons with the Anaheim Jr. Ducks and for four seasons worked with the Los Angeles Jr. Kings, assisting in the development of Silvertips goaltender Dustin Wolf and Carl Stankowski, who helped guide the Seattle Thunderbirds to a WHL title in 2016-17. Jensen additionally carries four seasons combined as a goaltending coach at the BCHL level with Penticton and Salmon Arm.

Jensen will reside in the Seattle region with his wife, May and son, Dane.