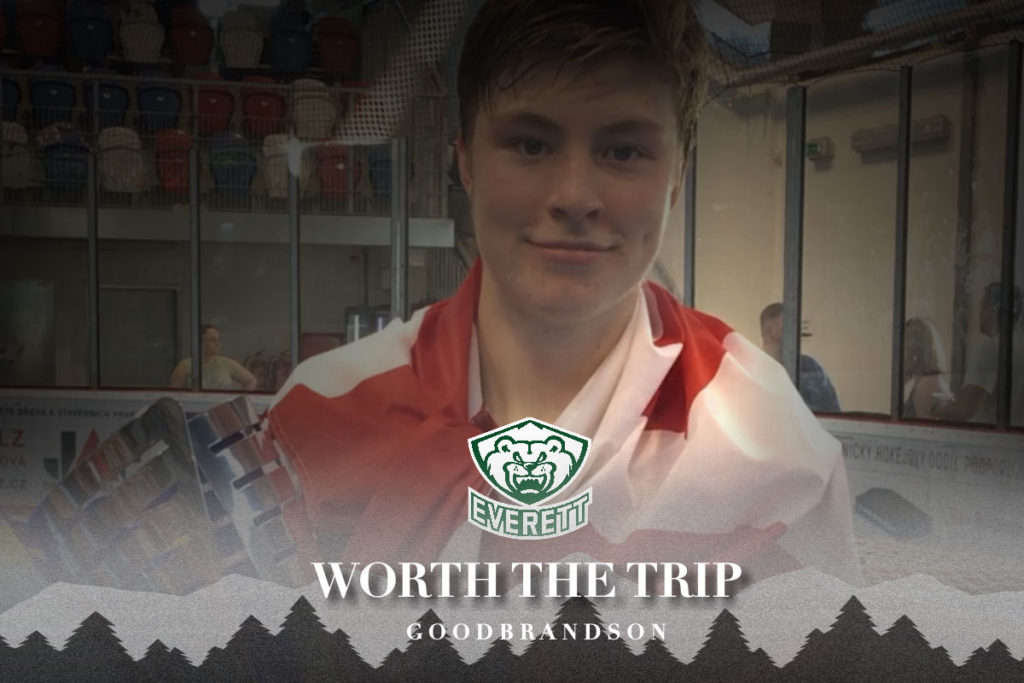 Call it a trip well spent.

Nate Goodbrandson was selected by the Silvertips in the seventh round (152nd overall) of the 2018 WHL Bantam Draft. In his previous season (2018-19) Goodbrandson played with the Winnipeg Thrashers Midget AAA. During the past season with the Thrashers, Goodbrandson scored 19 goals and put up 33 assists in 48 games played. After four playoff games and one goal, Goodbrandson hung up his skates for the season and took part in the Junior World Cup Ball Hockey Tournament, representing Team Canada West.

While playing Ball Hockey in the Czech Republic, Goodbrandson helped lead Team Canada West to a gold medal, scoring the game winning goal. This made it a final score of 8-6 against Team Canada East.

“[I just] focused on doing my part on the power play and gave an opening for my teammates [it was] just the right spot at the right time,” Good Branson said. “I was stationed just a bit off the post in front of the net and my teammate passed it off to me on the half wall.”

“It meant a lot to win a championship with a leaf on your chest. It’s a big deal. It gives you a lot of life lessons because our team went through a lot of adversity throughout the tournament…you just always have to bounce back hard.”

Goodbrandson was not the only one that felt a sense of pride in this moment. It was an experience for his family.

Nate’s mother, Audra, was understandably elated about the experience.

“I’m proud of a lot of things. He’s a good kid, seeing him win the championship with the Canadian flag wrapped around him and carrying the cup [was one of those moments],” said Audra.

Not only is playing ball hockey a different feeling from playing ice hockey, the tournament was in Europe. These types of tournaments bring on new challenges and learning curves.

“Like any other international travel, it’s an excellent experience,” said Audra. “It’s time away from home, with new experiences. It’s also huge with the number of people that were watching and came out to see the kids play. Probably how the kids became fast friends. They were genuinely cheering for each other.”

Ball hockey is another popular sport in Canada, so it is not unlikely to see ice hockey players compete at this level. The amount of running involved allows for players to work in a lot of cardio during the offseason.

“Much different feeling for sure, it’s a big advantage when you’re playing ball hockey, you’re also working on [techniques] you can use on the ice. So, it will give me more conditioning for sure. You have to focus a lot more on your hands because some of those guys have fast timing and are really good at stick checking.”

Now that the Junior Ball Hockey Tournament is over and under Goodbrandson’s belt there are new things for him on the horizon as he now looks to make a name for himself in his first training camp with the Silvertips, which is coming up at the end of August.

“Nate’s a driven kid and he is continually growing and developing,” said Audra. “He reaches every goal he sets and that is very inspiring and fulfilling as a parent.”

“I’m looking forward to just showing how I can play at my best [that] is the biggest thing and how I can try to make the roster,” said Goodbrandson.

Consider it a trip in the right direction.