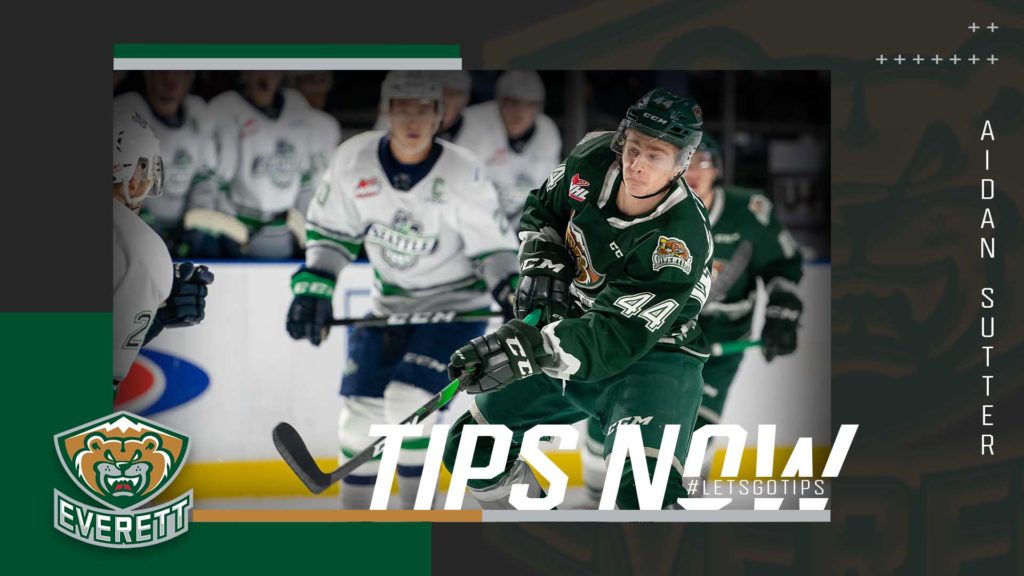 THE PLAYER: With opportunity, comes an unlimited path.

You may find that on a t-shirt, coffee mug, or something else sold on Etsy. For the path of a budding and aspiring professional hockey player, he or she – at some point – was granted a larger window of activity for overall team contribution.

Aidan Sutter got in 42 games last year. That’s no knock. As a 17-year old defenseman getting his feet wet in WHL play after battling from undrafted status to a full signed WHL standard player agreement, his next step was to embrace the first season as a Silvertips like his own classroom. Even after a 35-point, 33-game season with the Thompson Blazers, there was still a lot to learn. With a stacked blueline that squeezed offensive life out of the opposition and helped dictate pace up the ice, veterans played a large role in the Silvertips run of 46 wins, most in the entire WHL. 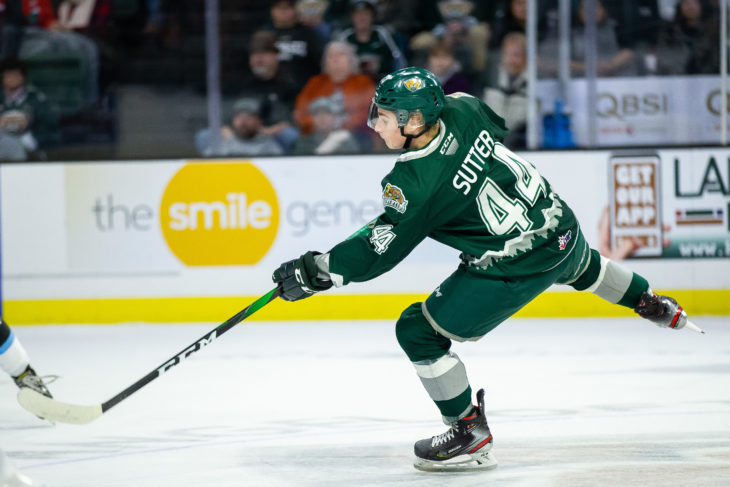 As the WHL’s development cycle distributes the next open window of opportunity, Sutter is looking to seize it with extra credit: months of preparation on the ice – including Detroit Red Wings prospect and Kamloops native Joe Hicketts – and in the weight room to inject more muscle into his shot, frame, and intellectual structure.

NUMBERS: Sutter’s 42 games last year were peppered with assignments by variety – one night, depth defenseman asked to handle the simple tasks. On another night, spare forward with the Silvertips short on available bodies.

For making the jump from the midget level to the WHL, he handled it with dexterity, also growing into a vocal presence among a tight-knit Silvertips dressing room. Aside from a goal and an assist, he was +4 on the season, firing 24 shots on net.

Sutter scored his first career WHL goal on a scrum at the net – rarely a place where you’d find a natural defenseman – against Red Deer on Dec. 30 when the Silvertips needed him in a forward role that night. The previous game, he snagged his first career point, an assist in a wild Tips 7-5 win at Kamloops. 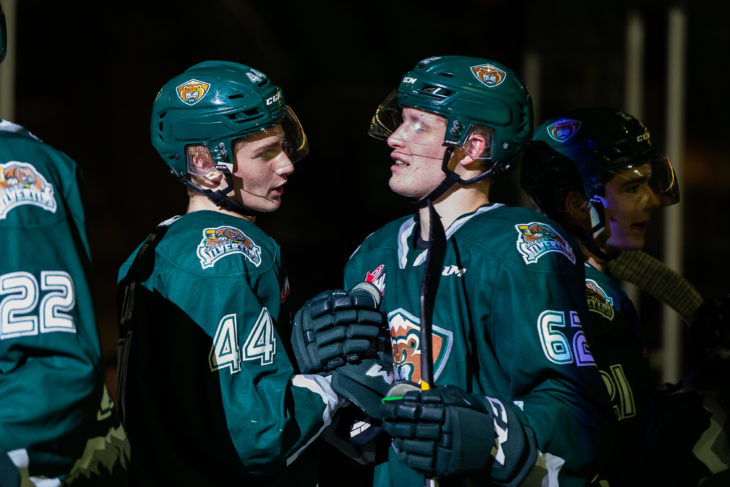 HOW HE EVOLVED: “I came into midget where I was one of the top defensemen, then came into camp and I was one of the bottom guys. It really taught me how to really work hard, stay in the lineup, and do everything I can. Guys like Jake (Christiansen) and Wyatte (Wylie) were there for me every step of the way because they went through what I went through. So, from day one to today: I’m a better all-around player. I’m getting better offensively, I’m better defensively, way better defensive mind: I know where to be and know where to go. And with keeping body healthy: I never did a cool down in midget or bantam. When I got into the Western League, I realized it was a big thing to keep your body in tip top shape. Every single night and every practice are a battle. My first year rounded me off as a better hockey player.

“My worst day (with no stretching) – I feel groggy the rest of the day and want to sleep. Not a good feeling.”

“I think I just need to be more confident in my game. I can make good plays, but sometimes I just don’t have enough confidence to make them. But in the summer my confidence took a boost being on the ice with guys like Joe Hicketts and Ryan Chyzowski. Jumping into next year, I’m going with a lot of confidence and doing the best I can.”

“(With Joe Hicketts) everything is so smooth with his skating. He never stops working hard. He’s always got a smile on his face, hockey’s never a job. Just watching him helps me improve on my game.” 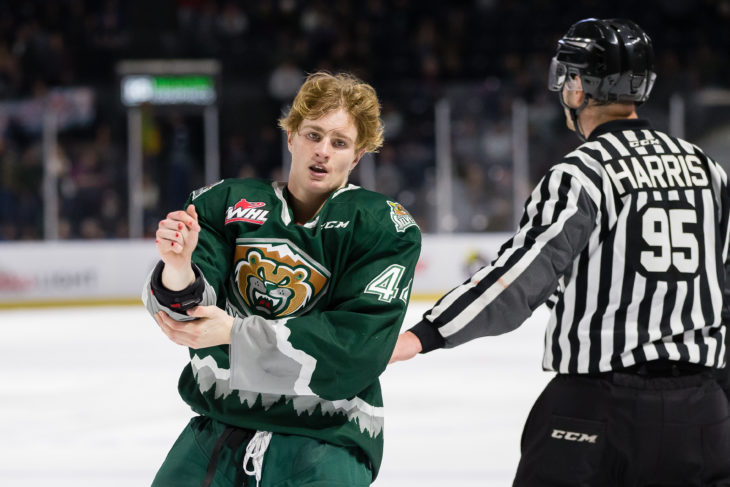 What separates a “green” player from one with more experience?

“Knowing where to be, when to go hard and when to lay back, play the body, and play the puck. Watching (Gianni Fairbrother), he does everything perfectly and in every situation. Coming into last year I thought I had to go 100 percent all the time, though sometimes out of position. Seasoned guys like “G”, they know when to lay back and when to be in position. He’s almost never beat out of the corner or on a two-on-one – just knowing when to use your energy.”

HIS BEST GAME OF THE YEAR: “In Red Deer, playing forward, I scored a goal (first of his WHL career). I fought, (coming off the previous game where) I had an assist.”

And, how you make that jump from defenseman to forward on short notice?

“You just have to ask a lot of questions. I didn’t know what I was doing going up into it, but I asked (Silvertips head coach Dennis Williams) and a bunch of the guys – everyone is there to help you. Just being on the ice, in diff situations, you learn to cope within 1 or 2 games: I sort of made the transition. Did everything I could.”

WHAT HE’S WORKING ON NEXT YEAR: “My defensive zone and my lower body strength. I wake up at 5:50am, eat breakfast, do sprints, and head to weight room after. I try to do legs as much as I can. Leg day is a 10 minute spin on the bike: then 45 pounds on the bar and I’ll do a warm up set. I’ll do heavy squats, dead lifts, lunges, slide pushes outside, then 1 or 2 sets on a squat machine. I’ll finish with a mountain ride on spin bike.”