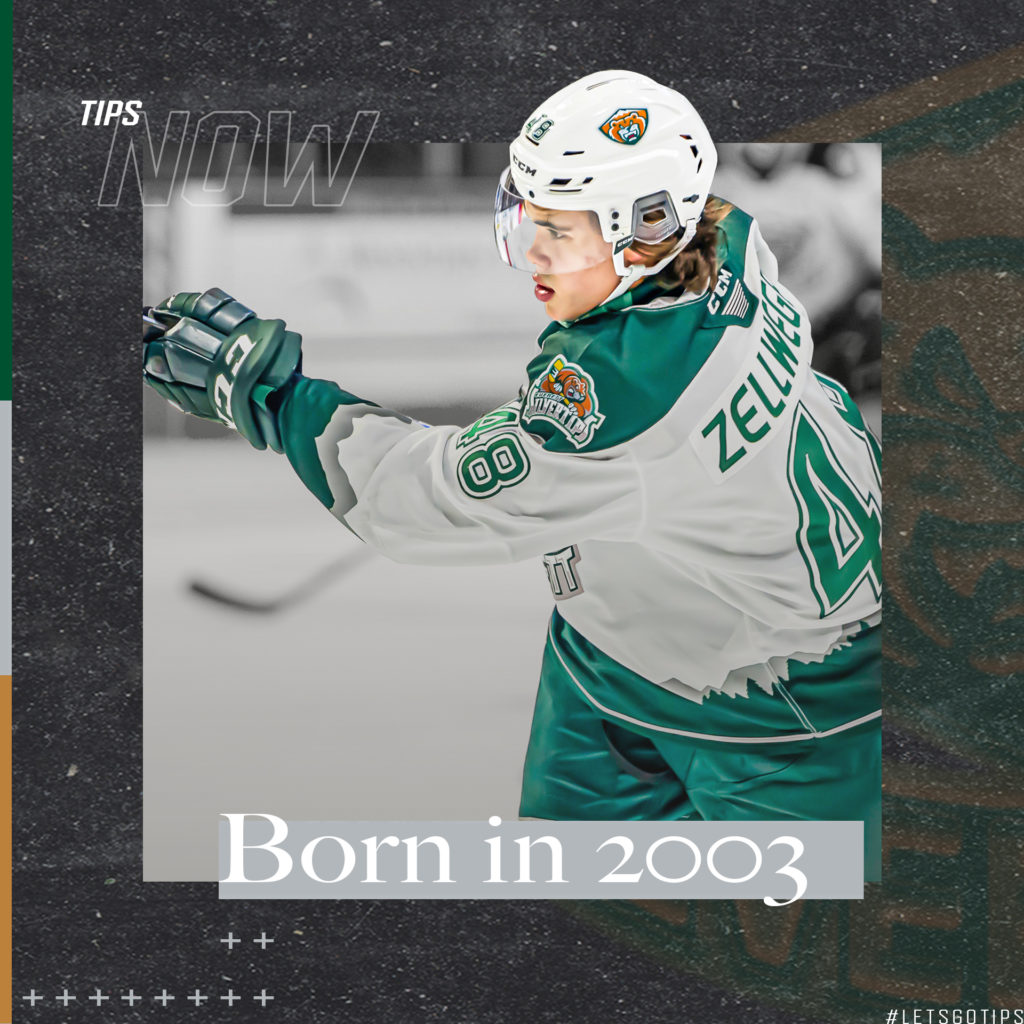 An important season for a collection of players turned or turning 18 years of age is in the rear view mirror.

Where they go from here: nowhere but straight ahead.

The Everett Silvertips run to an impressive 19-4 record and the U.S. Division title was impressive enough. Sure, the collection of established veterans played an important role, many taking the season as “one last push” before the pro ranks came calling for Gianni Fairbrother, Cole Fonstad, potentially Dustin Wolf, Gage Goncalves and more.

But a younger class with expanding touch on the roster and in high impact moments continued to make headway in 2021 – added with one of the most elevated CHL Import Draft picks – to the point of NHL Draft potential:

Ty Gibson (D): A third rounder in the 2018 WHL Draft, Gibson is looking to finally seize the benefits of a full season in a Silvertips jersey for the upcoming year. Armed with a heavy shot and steady-as-she-goes game on the blueline, he followed up 2019-20 where he got in two games before heading back to the midget ranks with 15 more in the pandemic shortened season. Gibson scored his first career goal on an empty net heave, Apr. 28 in a 5-2 win over Seattle.

Braden Holt (G): Another example of a return to a full season of play, potentially delivering more benefits. Holt patiently waited his turn in net as a 16-year old around a mid-season departure of Keegan Karki in 2019-20, earning third star honors in his WHL debut. He would grab his first shutout right before the pandemic halted the season, and after that, a long waiting game. Returning as a bigger netminder continuing to fill into his 6-foot-2 frame, Holt remained on the international radar. With two games under his belt spelling Dustin Wolf in net, the Bozeman, Mont. native departed for the remainder of the shortened season to join Team USA for the Under-18 World Championships in Texas. He is ranked 15th among North American goaltenders ahead of this month’s NHL Draft.

Brendan Hunchak (LW): A new face who first appeared on the radar in 2019-20, Hunchak evolved from listed prospect to a routine-playing Silvertip, getting in 12 games during the shortened season to provide the Silvertips with an abrasive and rugged approach with size. He made his debut the day after Opening Night, a 7-0 win at Tri-City on Mar. 21, and fired a season high two shots on net Apr. 23 at Spokane.

Niko Huuhtanen (F): Slotted to fill a high impact role capable of producing offense, Huuhtanen was the second player off the board in the CHL Import Draft, to the Silvertips fortune who won a lottery among WHL teams for picking order (all teams with an equal chance to win) even after winning the U.S. Division title. With Cole Fonstad aging out of the program and Gage Goncalves signed by Tampa Bay and eligible to turn pro, the timing was impeccable. The Finnish forward plays an abrasive game, is armed with a booming shot and “wanted to come to North America and play,” as reported of his interest level in The Everett Herald. Huuhtanen is a prospective pick in the NHL Draft, ranked 49th by NHL Central Scouting (European Skaters). Last season, he had 20 goals and 34 points in 37 games with Tappara (Finland) and found a role on Team Finland at the Under-18 World Championship.

Brady Van Herk (D): A late signee as a listed prospect around Christmas last year, Van Herk brought a towering 6-foot-3 frame to the Silvertips blueline and though playing behind established depth for much of the pandemic shortened season, had patience pay off. He found his way into the Silvertips lineup for three games, was +1, and played a vital role in the defensive zone with puck management for the shifts he was deployed.

Olen Zellweger (D): His last 12 months can be characterized as a success story that’s taken on a meteoric rise. Originally a “C” rating for potential NHL Draft picks (mid-late round projection), Zellweger rocketed up the charts to 45th overall by North American skater rankings. With little margin for error, in just 11 games, he passed nearly every test with flying colors: 13 points and +5 (oh what could have been with a full 68 games). He didn’t skip a beat after that, transforming into Canada’s most reliable blueliners en route to the gold medal at the U18 World Championships, netting a whopping 8 points in 7 games.