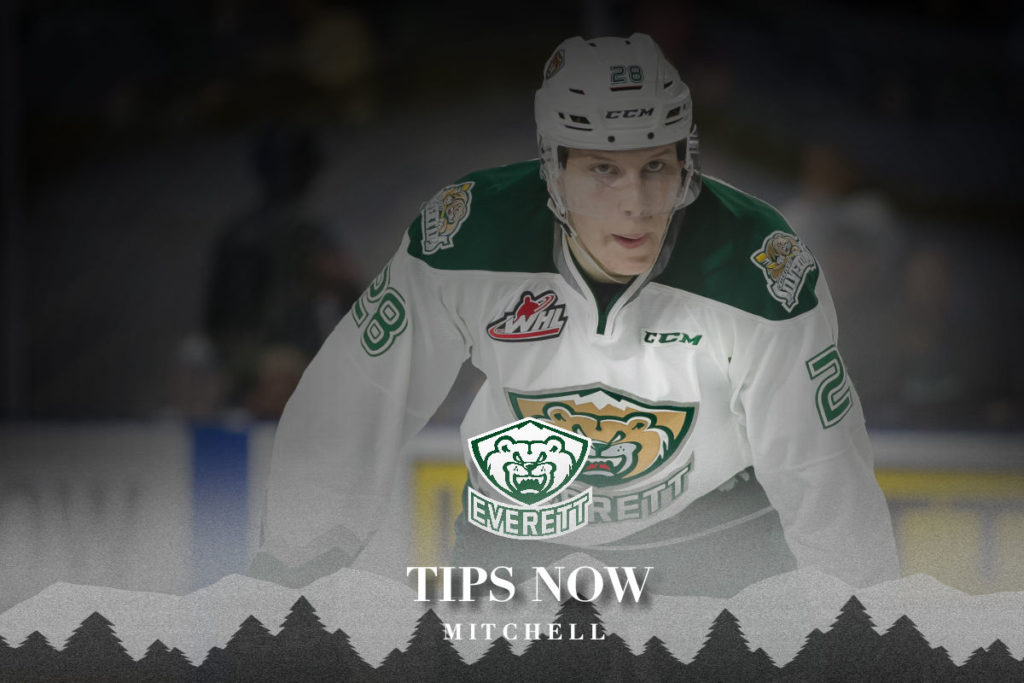 Anyone remember that game in Kent?

This 6-foot-five, 225 pound left wing left his mark during his first season with the Silvertips and looks to make a powerful impact in year two. Perhaps, one game that drew attention was on Nov. 10 against the Seattle Thunderbirds, a 5-1 Tips victory.

It was your garden variety Tips/Thunderbirds matchup: grueling, intense, and abrasive. Mitchell answered the bell of 6-foot-3 Tyrel Bauer, scrapping with the big Thunderbird defenseman that drew rave reviews on the rookie forward’s response level.

His first career goal was in a 5-1 win over the Kamloop Blazers. Mitchell and teammate Jalen Price were in position for a two-on-one opportunity where he was able to tap in the pass and earn his first WHL goal.

Is there more of that in the tank for the Thorsby, Alberta native earning the nickname, “Diesel?”

Mitchell looks to build off last season’s success and make a positive contribution.

HOW HE EVOLVED: “I think working with my personal trainer for strength and conditioning helped a lot and working with my brother… so that helped with core and live training. I worked a lot on my head work and speed. [Head work] helps a lot because it [allows] you to get away from people… so being able to explode from standing still to going as fast as you can that’s probably the biggest thing.”

HOW MUCH HE GREW LAST SEASON: “I’m feeling really confident this year. I feel like I’m ready to contribute a lot more to the team… just coming in knowing everyone being a little bit older and knowing I can actually contribute this year.”

HIS BEST GAME OF THE YEAR: “In Seattle after I had my second fight. That was the game that really stood out… I feel good I felt confident- everything was clicking.”