TIPS NOW // Dylan Anderson, Stronger for the Next Step 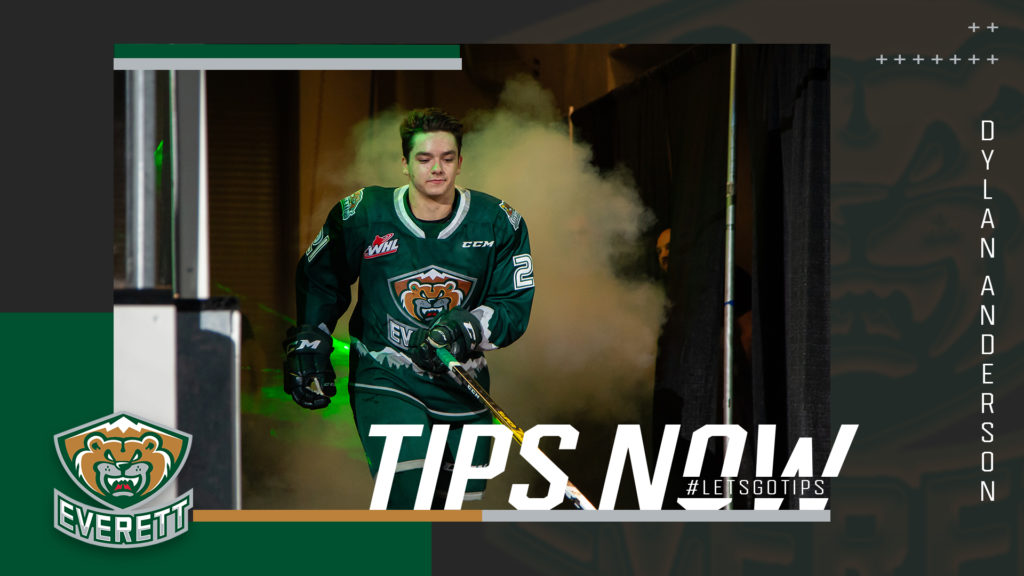 THE PLAYER: As the Everett Silvertips over the last half decade continued their ascension with strong goaltending and a backbone in their own zone that on most nights seem unbreakable, playing time can be tough. You have to earn it.

For a first year player, that climb uphill can seem a little steeper than usual, but the road is paved with serious nuggets that strengthen the movement along the way.

Dylan Anderson, Langley native, endured that landscape in his first season as a Silvertip after embracing the assignment of an extra year of seasoning at the midget level with Yale Hockey Academy. With 27 points in 30 games, it was more productive than the chances of battling as a 16-year old to crack the lineup behind mainstays such as Wylie, Christiansen, Fairbrother, Minulin, Khaira, Seeley, and more. 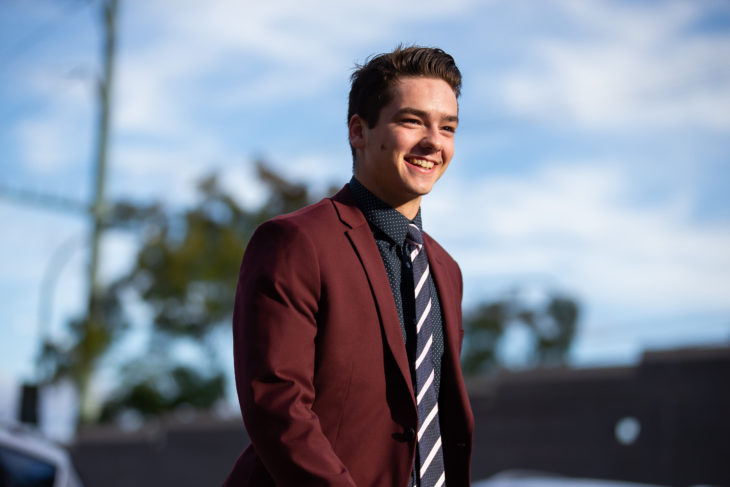 A fourth round selection of the Silvertips in the 2017 WHL Draft, he splashed with a big impression at his first training camp as a 15-year old, eventually leading to a quickly signed contract and debut as an AP call-up shortly before the season’s trade deadline.

Now, the steady-mannered, mobile defenseman is aiming to seize opportunity and turn growth into fulfillment.

NUMBERS: Anderson made his way into 55 games as a first Silvertip defenseman, earning a goal and three assists – but also tacking on a +4 rating while paired with a variety of Tips bluleiners, from Aidan Sutter, to Olen Zellweger, even Gianni Fairbrother.

As he missed only eight games from the lineup – still growing among a talented and hulking set of defenders – team metrics suggest plenty of opportunities for him to understand the shutdown role at a WHL pace. The Silvertips, who won a league best 46 games, led the league in fewest goals allowed (2.2) per game and won 12 of 17 (12-4-1) when tied after two periods. 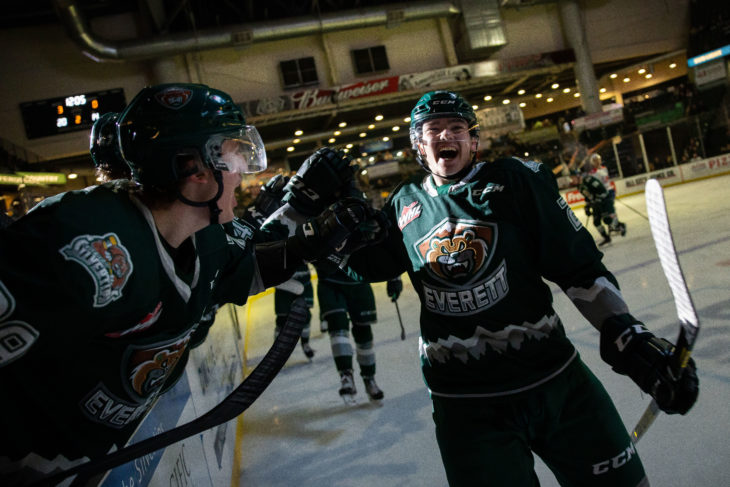 Anderson scored his first career WHL goal on Nov. 27 against the Spokane Chiefs, and in what many billed as a potential Conference Finals battle, on Feb. 22 against his hometown Giants, the Tips fulfilled an endurance test with a 2-1 victory over Vancouver in downtown Everett. Anderson played a pivotal role in turning the Silvertips fortunes that night, helping break Trent Miner’s shutout with 3:58 left in the second period.

Jumping into the rush, Anderson received a Gage Goncalves pass on a 3-on-2 situation, promptly steering to the front of net where Bryce Kindopp deflected the feed for a 1-1 tie, energizing a crowd of 7,973 fans.

HOW HE EVOLVED: “Well definitely it’s been a big step going from my last year in midget to playing this past year in Everett. From game one to end of season I was paying attention to the older guys, all the little details, and building confidence throughout season. That helped out. Just watching and paying attention to details were small things helping develop my game through the season.

“I think most one on one attention, after practice (was where his growth was largely found). Whether it’s little things I see on video or (Silvertips assistant coach Louis Mass) points out on video, for what can help me, he would give me a specific drill or routine, just to figure out that little detail and help me out so much. Doing reps after practice can help me with a tremendous amount. 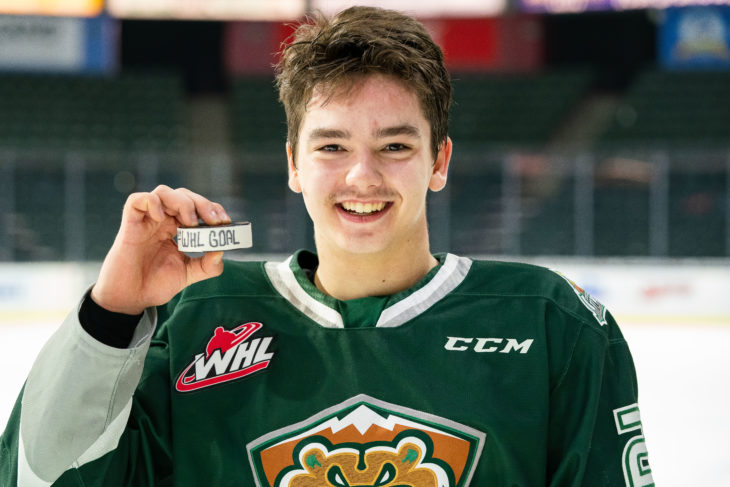 “I noticed in my video – Louie would get on me – open hit pivots toward the wall, especially on the right side. After practice I would do small footwork drills, small pivots, open up, and get into the habit of just opening up and getting a good transition, forward to backward.”

HIS BEST GAME OF THE YEAR: “When we played Vancouver for the second time at home (February 22) – I was just feeling great that game, making crisp passes. I jumped into the play for a (three-on-two) and made a good pass to Bryce for a goal. I was feeling confident in that game.

“Vancouver is coached really well. I know (Silvertips head coach Dennis Williams) and their staff are good friends, structured well, and it’s hard to find cracks, and spaces to crack the net. They have good goaltending, so it is tough to put one past them.”

WHAT HE’S WORKING ON NEXT YEAR: “I’ve got to keep working on confidence and seizing every opportunity I get to show I want to be an impact player, get into more serious situations, little details, footwork, shooting, and getting stronger in the gym.

“I would say Max (Patterson was a veteran who made the biggest impact) but he got traded –other than that, I carpooled with Bryce every day and back home. So, just looking at him, talking with him in car, he was the biggest role model I would look up to.”