TIPS NOW » Fasko-Rudas on a Mission 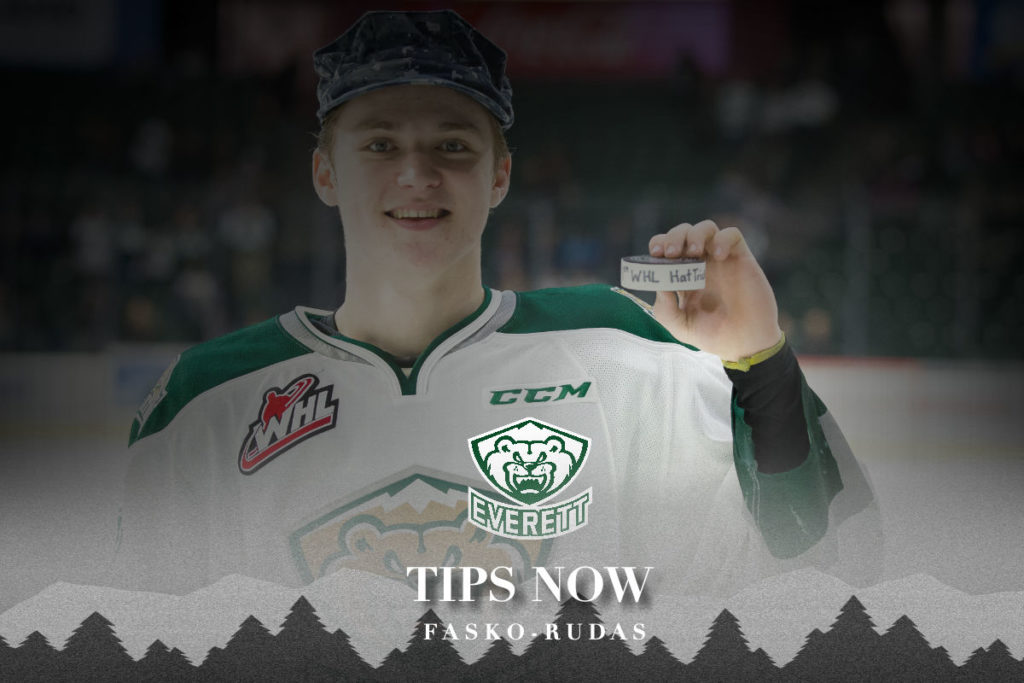 THE PLAYER: Martin Fasko-Rudas – a popular figure in the Silvertips dressing room for two seasons and counting – was drafted in the 2017 CHL Import Draft in the first round (58th overall). This 6 foot forward looks to build upon his success after a productive 2018-19 regular season, where he set new career highs.

THE NUMBERS: This past season the 18-year-old played in 60 games with the Silvertips last season scoring 15 goals along with 16 assists [31 points]. While also contributing in the WHL Playoffs with 4 goals and 5 assists [9 points]. He also scored one of the most anticipated goals of the season as thousands of frenzy Silvertips fans tossed stuffed animals onto the ice for the Teddy Bear Toss game against the Seattle Thunderbirds, shortly before the holiday break.

HOW HE EVOLVED: “I think the biggest part of my improve was every day at the rink working out and practicing on the ice with great coaches and one of the best teammates I’ve ever had so that helped me a lot and I was getting better and better every day.”

HIS BEST GAME OF THE YEAR: “My best game was I think against Victoria when I scored [a] hat trick or I liked games against Portland … which I had couple points in those games too so I think these games.”

DAILY OFFSEASON ROUTINE: “I wake up [in] the morning… work out at 10am, then I go for lunch, after lunch… [go to] the rink [and] skate and another off ice training… then I have a couple hours for myself, family and friends…. the most enjoyable way to spend 2 hours for myself is probably video games or watching movies… [with] family or friends its little trip or have dinner or something. Usually I’m playing Fortnite, NHL 19 and FIFA 19 for video games.”

WHAT HE’S WORKING ON NEXT YEAR: I am definitely working on my strength and defense, I don’t know what my role is going be yet, but I want to be [a] top 6 forward and play in a lot of time on the ice.”