TIPS NOW // Gage Goncalves, Like a Bolt of Lightning 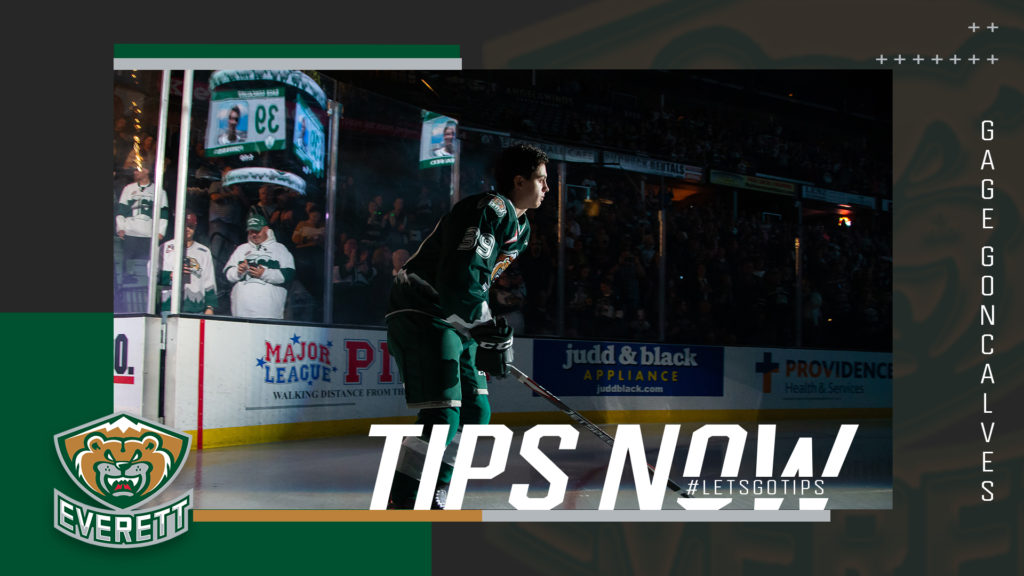 THE PLAYER: Things that erupt: 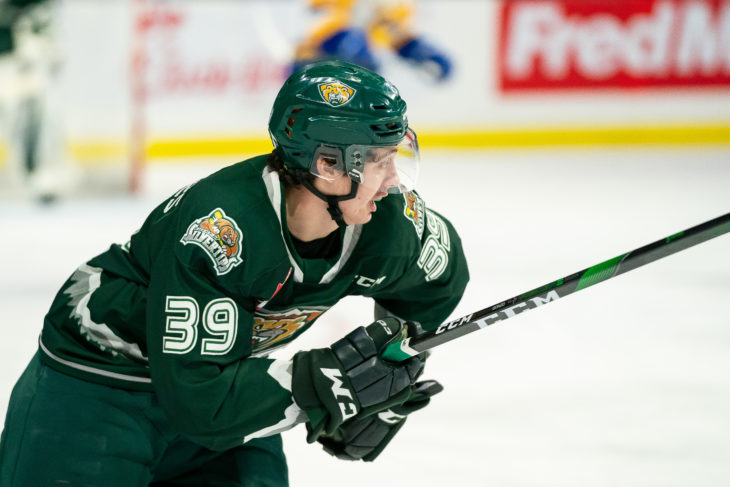 Going from just one goal to 33 in a span of roughly 12 months doesn’t happen often. But considering the player, it shouldn’t come as a total shock.

Goncalves, in his second season as a Silvertip forward, elevated his production to extreme levels. It provided the Silvertips with continuity in their attack and prevention from any “fall back season” – hey, guys like Zack Andrusiak, Connor Dewar, and Riley Sutter (combining for 88 goals in 2018-19) graduated out of the program, and someone other than Bryce Kindopp had to step in.

His effectiveness was felt in all areas of the ice: at five-on-five, the power play, key face-offs, and even the shootout.

Yeah, you remember that one, don’t you?

Those ingredients, mixed in with a trip to Team Canada’s virtual summit for the potential World Junior squad, increased the attention on him. Across the hockey world, his reputation entered the conversation for his work ethic, hard shot, and intelligence at all areas of the ice. By early October, despite sitting with his teammates in waiting for a new season to rise out of the pandemic muck, he officially became a Tampa Bay Lightning draft pick (taken in the second round, and with the honors as the first Silvertip off the board in the 2020 NHL Draft).

NUMBERS: They’re now a tale of legendary relentlessness – passed over in the WHL Draft, Goncalves maximized his opportunities in Silvertips training camp as an invite during the Noah Juulsen years and a little after New Year’s Day, 2018: his listed status turned into a WHL Standard Player Agreement. Then, after torching the BC U18 ranks with Fraser Valley, he started his WHL voyage quietly with a goal in 67 games.

His 2019 WHL Playoffs (6 points in 10 games) turned out to be foreshadowing. Goncalves then erupted with a graduated skill set for 33 goals (he’ll be the returning leading goal scorer this season with Kindopp out to Anaheim) in just 60 games, along with:

Quite simply, the boy from Mission, B.C. is growing up as a man on a mission, headlining the Silvertips attack with a new season potentially incoming.

If what’s to come this season will be his last in a Silvertip jersey (2021-22 makes him eligible to enter the Lightning organization at any level), downtown Everett is in for a potential good one.

🎥 Gage Goncalves (@gagegoncalves) on using the months off to work on his training, getting to have lots of family with him to watch the draft, and modeling his game after Anthony Cirelli. #NHLDraft pic.twitter.com/RpRmNsRGXG

HOW HE EVOLVED: “I’d say a ton. Obviously, the numbers last year were really good. I’ve gained another step. I’m going to be able to bring more of an offensive presence and leadership role on this year’s team. I’ve grown a lot bigger and stronger, so I can’t wait to show off my skating ability and win a few more battles along the wall.” 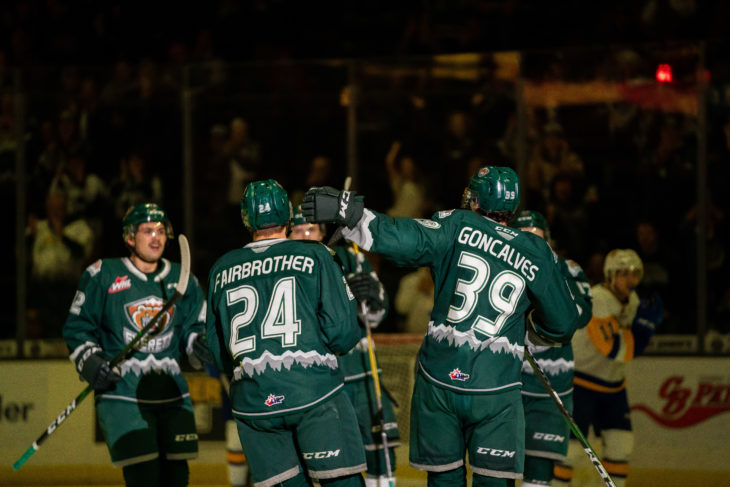 HIS BEST GAME OF THE YEAR: “It’s tempting to pick a game against Portland (the Silvertips had a pair of big late season wins) – but I’m going to say Seattle on Pink The Rink. It was my first game back (from injury) and I was slotted in with Bryce (Kindopp) and (Michal Gut) on the left side. We were dominating. We just couldn’t finish.

That game really showed my – “what’s going to happen” (for the whole season). I was kind of worried even though my head was good, but (something like that is) always in the back of your mind. To come out against that team and play physical, we got lots of chances.

(The play to win it in OT, stealing a puck from Owen Williams then scoring a breakaway goal on Roddy Ross):

“I saw (Williams) pinned up against the wall, tried to get underneath him, poke the puck loose, and get it right on my stick. As soon as I got it, I took it high glove and shot one in.”

WHAT HE’S WORKING ON NEXT YEAR:

“Just my skating ability. That’s been my biggest thing. My leg strength and core – I tend to skate hunched over when I get tired so I’m trying to take that out of my game. You’re going to have to fight off bigger and stronger defensemen every single year – so that core strength along the walls and getting to the net will help me next year.” 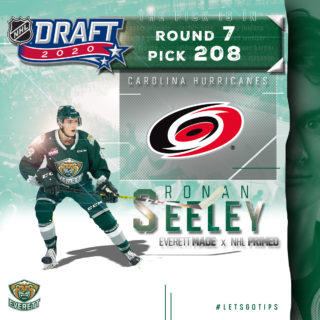