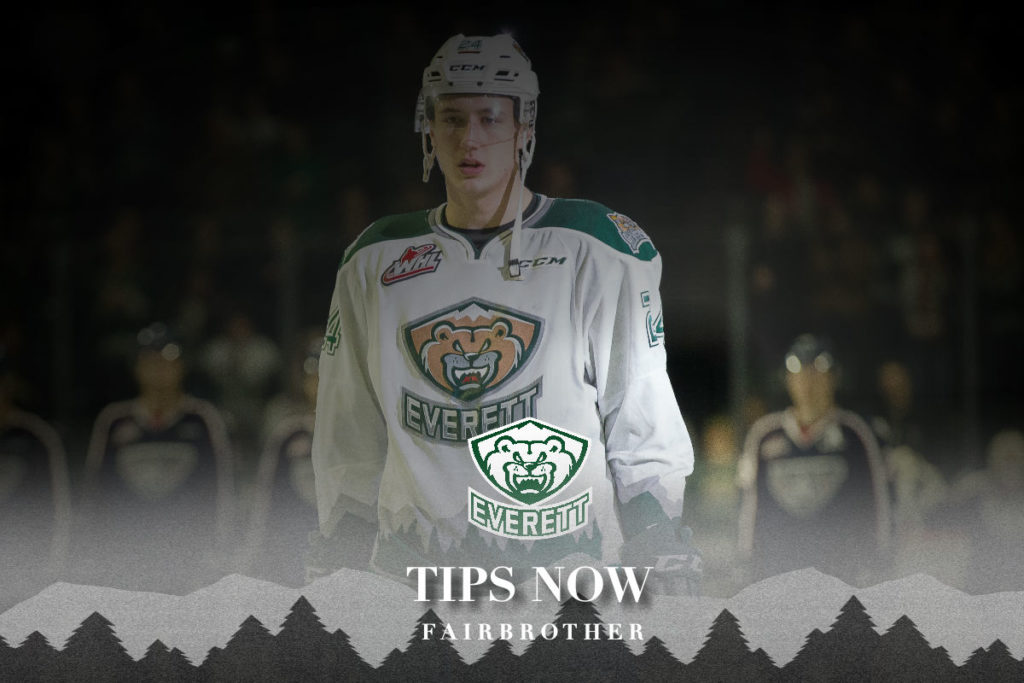 EVERETT, Wash. – Gianni Fairbrother, 18-year old defenseman, was recently drafted by the Montreal Canadiens in the third round of this year’s NHL Draft and heads into his third season on the Silvertips blueline will even more potential to attack.

He belted through the double digit goal barrier, became a further reliable resource in last season’s veteran laden defensive corps, and continues to author a brand of hockey that combines offensive firepower with a rugged, throwback approach with protecting his own end, and delivering physical punishment to the opposition.

HOW HE EVOLVED: “I think player obviously develops throughout the season, especially last year with our team I think everyone was developing in a positive way.  Last year… at this time I was really looking forward to heading back especially with my season prior to that I was shortened unexpectedly by an injury so I think last year was a big stepping stone for me… getting ready for my first full season in the league so I kind of took it slow at the start.  The phenomenal coaches helped develop my game and grow my overall game and that helped the team out as well so I could contribute in more ways than I was at the beginning of the season.  Looking forward to keep moving forward there and keep developing the way I did last season.”

STEPS HE TOOK TO GET BETTER: “I think obviously every defenseman in this league… there’s some really good forwards so that’s always part of my game I was working on. Taking line rushes and breaking pucks out so I think I did a good job with working on some things.  Overall being more being comfortable with the puck and having the confidence if I didn’t have a play then just skating it and letting plays open up and more options coming in front of me so I think that was a big thing as well.”

HIS BEST GAME OF THE YEAR: “I don’t really consider myself a flashy player…it was the middle of November (November 9th) I had a four-point game in Kamloops. I don’t think I did anything differently than I normally would, but the pucks seemed to be bouncing my way.  So that was definitely nice and one I remember as being one of the more positive games.