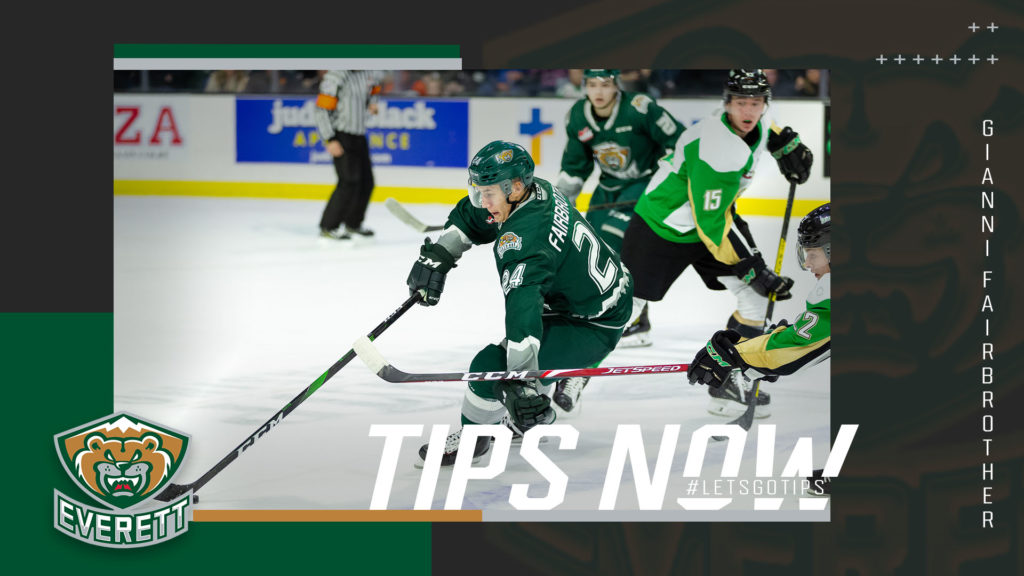 THE PLAYER: Gianni Fairbrother’s first three full years as an Everett Silvertips defenseman could be described vividly as a high powered sports car traveling a road filled with a mix of occasional speedbumps, and plenty of exhilarating entrance signs to the freeway.

When it’s shifted manually into fifth gear: the horsepower and precision that define a player with a brand of heavy, abrasive, and offensively robust hockey leave you many times saying, “wow.”

That’s more of the goal of the incoming overage defenseman for what will be his final year of WHL play, before aging out of the Silvertips program. Armed with a bazooka of a one-timer, deft touch with the puck and a fearless, physical approach, he’s also on a mission to get signed. The Montreal Canadiens drafted him at the 2019 draft in Vancouver, with plenty of attention lavished on his game and future as a third round pick.

That mission was cut prematurely last season. Fairbrother – who also sustained a freak injury in a fight with Portland’s Reece Newkirk that sidelined him for 36 straight games in 2017-18 – was also lost for the last 23 games of the season with an upper body injury.

His plans for a heroic comeback in time for the playoffs were dashed at the hands and circumstance of the coronavirus pandemic.

Finally given an extended summer to recuperate and build on development, Fairbrother is finally has a restored engine, ready to roar. His plans for high speed performance in the WHL will have to wait for now until the season starts up – as of now, January 8. But the interim provides playing time with the Nanaimo Clippers of the BCHL, a suitable ground to stay fresh until he can continue his pursuits as a Silvertip.

THE NUMBERS: For the limited time that Fairbrother appeared in the Silvertips lineup last season, he was consistently one of the best defensemen on the ice – for either team. The North Vancouver native was on a screaming pace to break his season high for points – the injury he suffered in January left him 11 points short, in 27 less games.

Fairbrother had four multi point games during the campaign, including a season high three points (including two goals) against the Saskatoon Blades on Nov. 22 in downtown Everett, a 6-1 blowout victory before 5,237 fans where he showcased his corner picking ability on a pair of blasts from the right circle on the power play.

When the puck was on his tape, shots were coming. Three times, he fired six shots in a game and unleashed a season-high seven blasts on net against Tri-City in a 4-3 overtime win on November 24. If the puck wasn’t going in, it was effective at generating second chance scoring opportunities.

Bottom line: when Gianni Fairbrother was on the ice, good things were bound to happen. 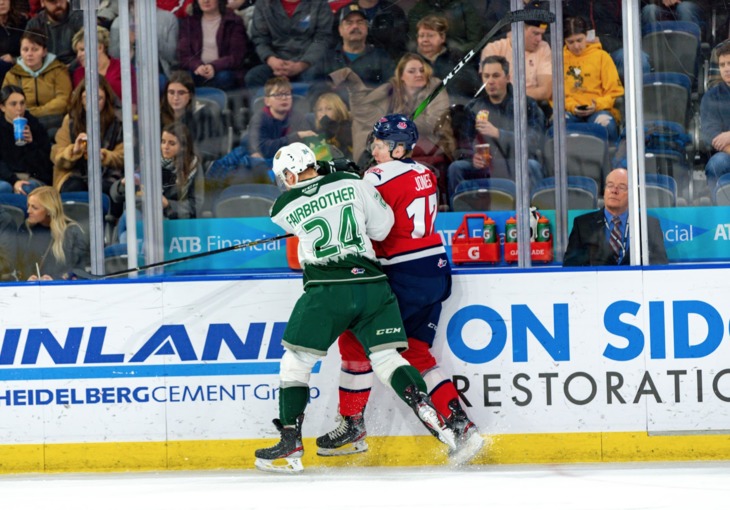 HOW HE EVOLVED: I think I had a good season until I had to get surgery. I was happy with my game and with how I was progressing as a player. I worked on the things I had to work on and become the player I wanted to be. So it was a bit annoying to chop my season down in January and with the hopes of coming back – getting that taken away when things got shut down were frustrating. So it’s nice getting in games now.

The most frustrating part about being on the sidelines:

“I think just to see how well the team was doing. It’s fun winning, scoring goals and stuff like that. It was nice to watch the team have success but to not be out there and enjoying it with them was hard on me.”

Montreal’s influence on his development:

“The player development staff were great. Every once in awhile they’d check in and call to see how things were going. They let Dennis (Williams) and Louie (Mass) do the coaching with me. They’re intelligent people and know what they’re doing. So I think Montreal let the development side of my game in the hands of the coaches. That was smart because they know what they’re doing. Our coaches in Everett have been doing a great job.”

How the Silvertips coaching staff made an impact in his development:

“You know, they’re great. Louie is definitely one of the best teachers out there for young defensemen so he’s been great for me last two years, and ‘Willy’ is one of the most intelligent hockey minds out there. So they’re definitely two good people to play under.” 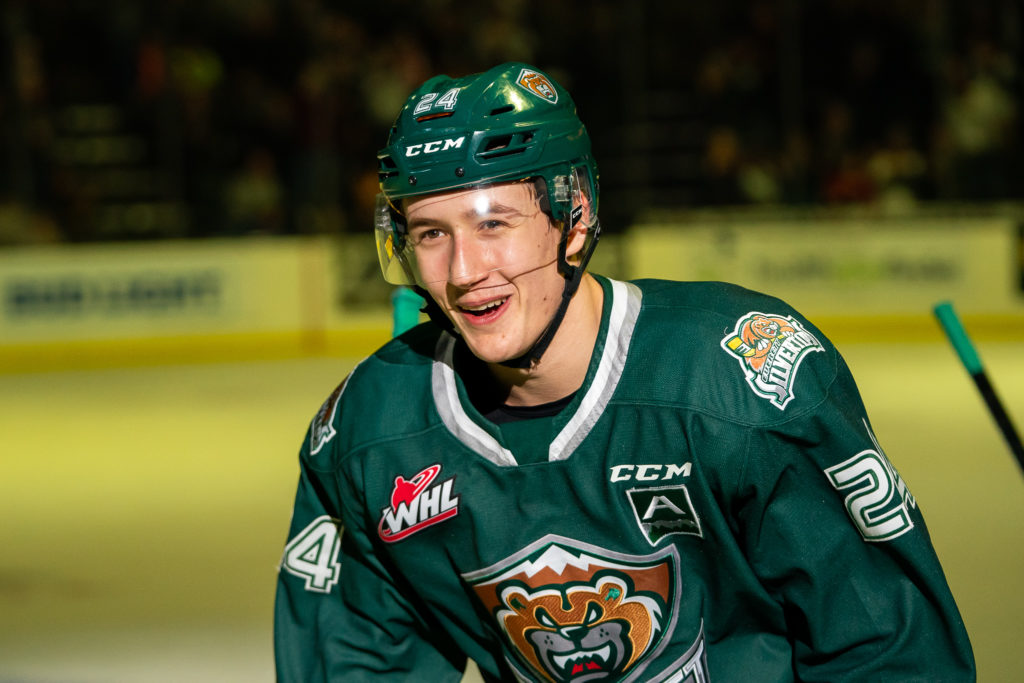 HIS BEST GAME OF THE YEAR: “Probably in my mind, the (6-1 win) vs. Saskatoon. I scored a couple goals and our power play unit had a really good game. So that was a fun one and one game that sticks out to me.”

“We definitely have a lot of smart players in Everett and a lot of guys who can contribute on the power play. With more guys carrying an extra year of experience under their belt, it’ll be exciting to see what we can do.”

WHAT HE’S WORKING ON NEXT YEAR: “Just simplifying my game and making progress in the parts I need to. I took a good step last couple years so I want to continue improving all parts.”

“Knowing when to make a good play or chipping it off the glass – it doesn’t have to be fancy all the time and I’m working on that.  Making the first play and not the second, and not second guessing – I’ve been trying to work on that, and I’ve been doing a pretty good job of it. Signing (with Montreal) is the end goal of being a major junior player. I know what I have to do with that, so I’ll continue working toward that and see what can happen.”