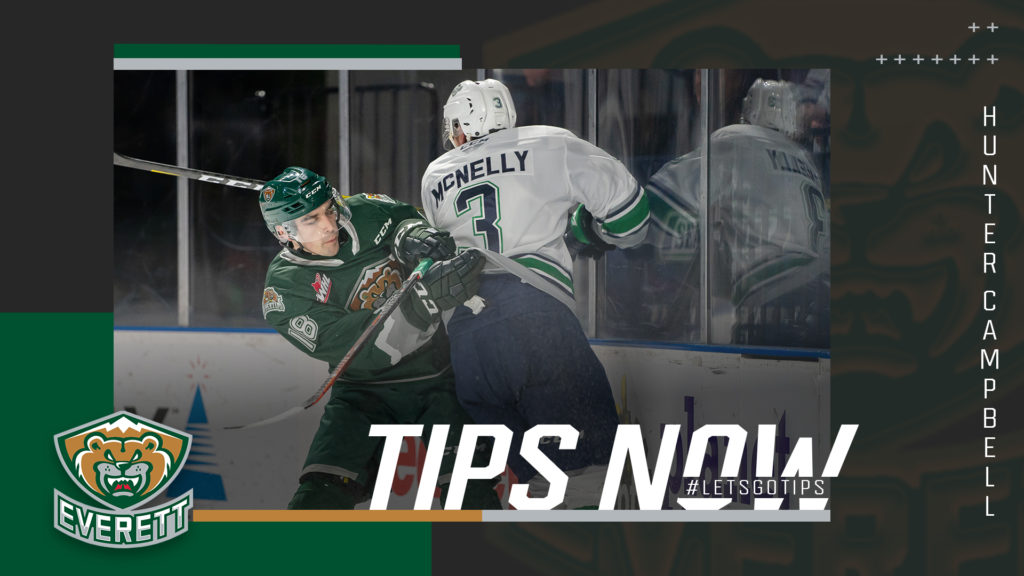 In any event, it was a match made in heaven.

Everett, Washington native Hunter Campbell – a brown haired, well-built 6-foot-1 hockey player, reached a dream he had envisioned for a long time dating back to childhood on January 9: becoming a member of the Everett Silvertips. 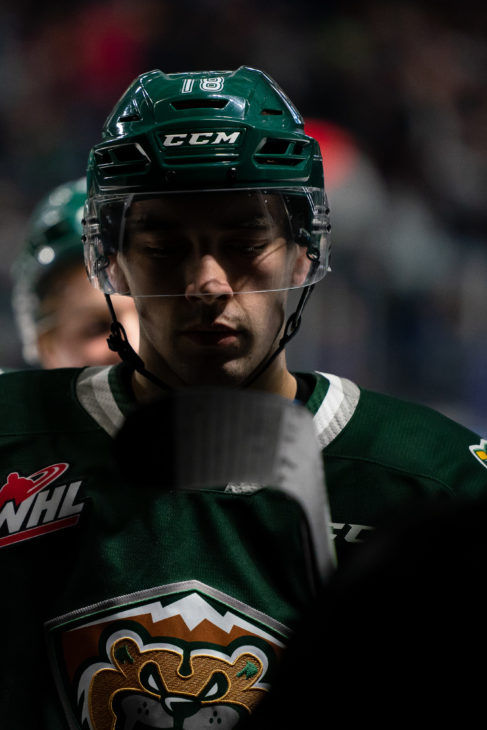 Once cheering on players like Zack Dailey, Shane Harper, Ryan Murray and more from outside the glass, he became an integral piece in a Silvertips jersey, inside the glass when the Tips swung a trade deadline move with the Calgary Hitmen for Campbell, with Conrad Mitchell and a sixth round pick in 2020 going the other way.

For cosmetic reasons, the move was a happy homecoming guaranteed to further ignite the Puget Sound’s testimony of “one of their own” making it and coming full circle. Not to mention, the cast of family and friends who had a ticket and a short car ride at the ready to witness Campbell live out his childhood dream each night at puck drop. A product of Cascade High, he fashioned his game as a Junior Silvertip under the watchful eye of Turner Stevenson. The big club awaited.

However, math and hard analysis were also involved with this move, and the Silvertips knew the difference between them and the Portland Winterhawks – their rival in a chase for the U.S. Division crown and Scotty Munro Trophy – was razor thin. Campbell was brought in to fortify the Silvertips depth with strength, intensity, and a lock-down approach that would prove vital each night the Tips square off against the most ferocious top flight scorers – from Seth Jarvis in Portland, to Tristen Nielsen in Vancouver.

As he entered the year fully recovered from a previous injury sustained in Calgary, a stroke of bad luck crossed his path again – Campbell was last seen in a Silvertips jersey in early February, suffering a self-inflicted injury during a savage scrap with Seattle’s Cade McNelly. Though he was only due to miss a few weeks, the pandemic halted his return for the stretch drive.

Onto 2020-21, and a full season for Campbell in Everett, which is presumed to begin January 8.

NUMBERS: Surface stats don’t tell the whole story about Campbell’s value, with 1 goal in 11 games after the trade. He was regularly deployed in a defensive checking role, designed to apply heat as a disruptive matchup problem against some of the top offensive threats in the WHL. 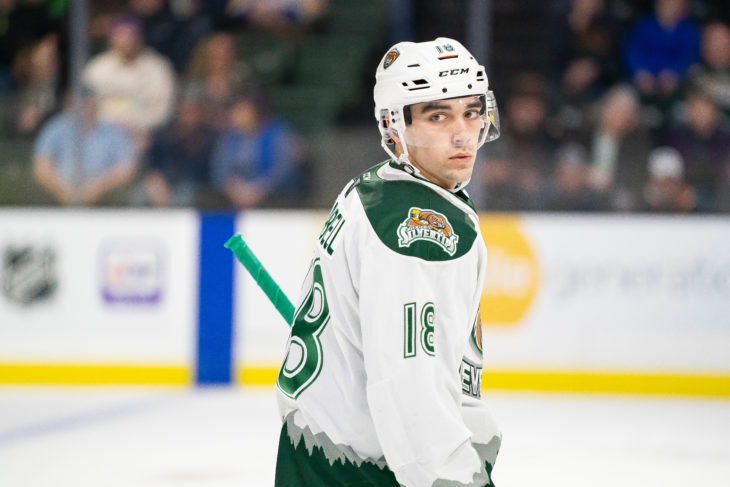 Several shifts demonstrated that worth, with Campbell using an abrasive, in-your-face, and high energy approach every shift. Many times, he was an overbearing weight felt by attacking puck carriers. Many times, the glass rattled with an attempted bone-jarring hit. His game struck resemblance to a clothing line popular from the 1990s: “No Fear.”

When the puck was on his stick, the approach was simple and no-nonsense. His first career goal as a Silvertip – amazingly against the Seattle Thunderbirds – came amidst an 8-0 blowout win in downtown Everett before a sellout crowd on Jan. 18.

Campbell put the Silvertips up 2-0 in the first period, receiving a pass in the slot and uncorking a sizzling snap shot past Roddy Ross to send the packed house into a frenzy.

In his third WHL season, Campbell put together 4 goals and 12 points in 42 games between the Silvertips and Calgary and is building on a WHL career of 147 games and 36 points. 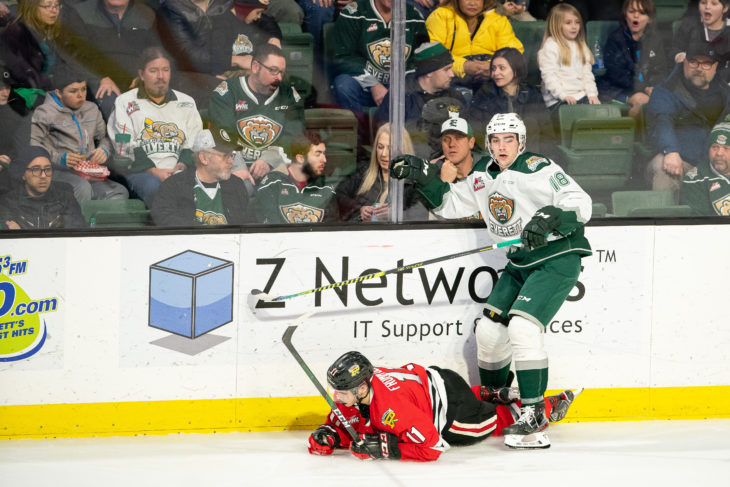 HOW HE EVOLVED: “Well I was battling back form a knee injury the following year, so I was able to come back and started on time with (the Calgary Hitmen). Which, it wasn’t surprising, and I didn’t think I was going to start on time. But I made a full recovery and started on time. It took a little bit to find my game again.”

“Coming back from that severe of an injury – six to eight months – it took a little time but I feel after that Christmas break, I was able to find myself again with confidence. I know my abilities as a player, and it was a good thing for me to see.”

On how the trade back to his hometown, Everett, made sense:

“Well it made sense because I lived here (laughs). But I grew up with a goal to play for (the Silvertips) since I was a kid. I never stopped thinking about it. I always wanted to play in front of my friends and family and have someone close to home where they could come and watch every single game.”

“Being on a high caliber team and playing in the hardest division in the WHL is a good step for me – just shows I want to be here and be in that hard, intense, high impact level – I wanted to play in it. And I’m excited to be here now.”

HIS BEST GAME OF THE YEAR: “Oh geez – that’s’ (thinking about) a lot of games. Obviously, my best game here was when I got my first goal at home vs Seattle – that was awesome. I played really well against Portland and matched up with Seth Jarvis. We had a lot of contributors and shut them down. That pushed us closer to being in first. That was exciting and I played really well that game.”

On the confidence he feels when dispatched against the other team’s top line:

“I mean it’s tremendous – I love being in the pressure situations. It feels good when you have trust from the coaches – they know you’re not going to score and they know you’re out there to stop (the other team) from scoring. That’s something people take for granted. An important thing is to be a shutdown guy. I strive for that, I love it. I don’t need to score goals all the time. I like playing defense and shutting someone else down.”