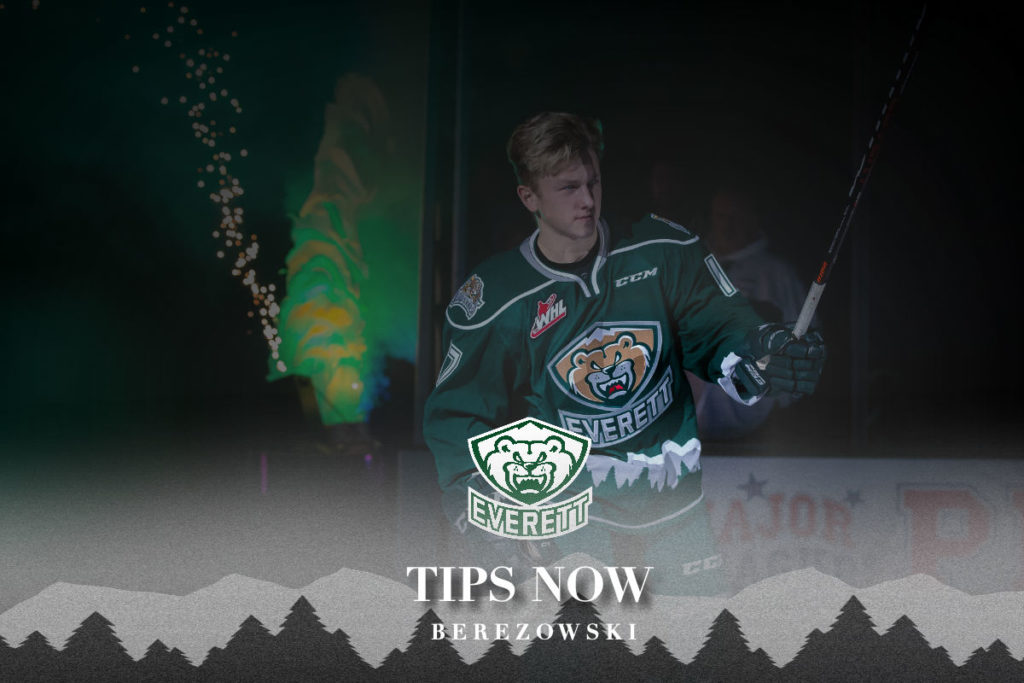 THE PLAYER: Jackson Berezowski broke through as a 16-year old forward on the Silvertips and earned ample playing time, not exactly an easy thing to do for a 16-year old in the highest level of competition in the world for this general age group. Mainly a forward slotted for the right wing position, he was a second round pick of the Silvertips in the 2017 draft and only needed one year of seasoning before he became a full-timer in the program.

Berezowski earned the Silvertips Rookie of the Year award.

THE NUMBERS: Berezowski only missed three games all year and suited up in every playoff game … the last game he sat out, all season was Dec. 1 vs. Kootenay, and next game came back to bury a goal on Dec. 5 vs. Spokane … he became the first Silvertip rookie (“16 year old season”) to reach double digits in goals since Connor Dewar, 2015-16 … he appeared in 65 games with 11 goals, leading all Tips rookies … added two power play goals and two game winning goals … scored first career WHL goal in only his third game, Sept. 23 vs. Vancouver, also the game winner.

THE HIGHS: For his results, numbers were spread through the entire calendar … his longest stretch of offensive production came Dec. 14 through Jan. 4, a period where he earned points in four of five games … earned first career two-goal game on Dec. 29 vs. Prince George.

HOW HE EVOLVED: “I think my game is where I want it to be. The first season under the belt  was good for my confidence. At the start of the year a little shy, coming from a midget team as go to guy – and now to a team where obviously they have guys to play in those roles. But you have to be ready. I thought I did that for the most part and had a pretty good season.”

HIS BEST GAME OF THE YEAR: “(Pause) Ooh, I think Teddy Bear Toss. I think for the most of us, that was our best game. Everyone was clicking that game and contributed to a good team win, ultimately. Our line was going with myself, (Reece) Vitelli, and Gage (Goncalves), and that’s when we stated to develop some chemistry.”

WHAT HE’S WORKING ON NEXT YEAR: “Just trying to get bigger, faster, and stronger. The league keeps getting faster so I have to keep up and be a step above everyone else. So I’m just trying to get faster and work on endurance.”