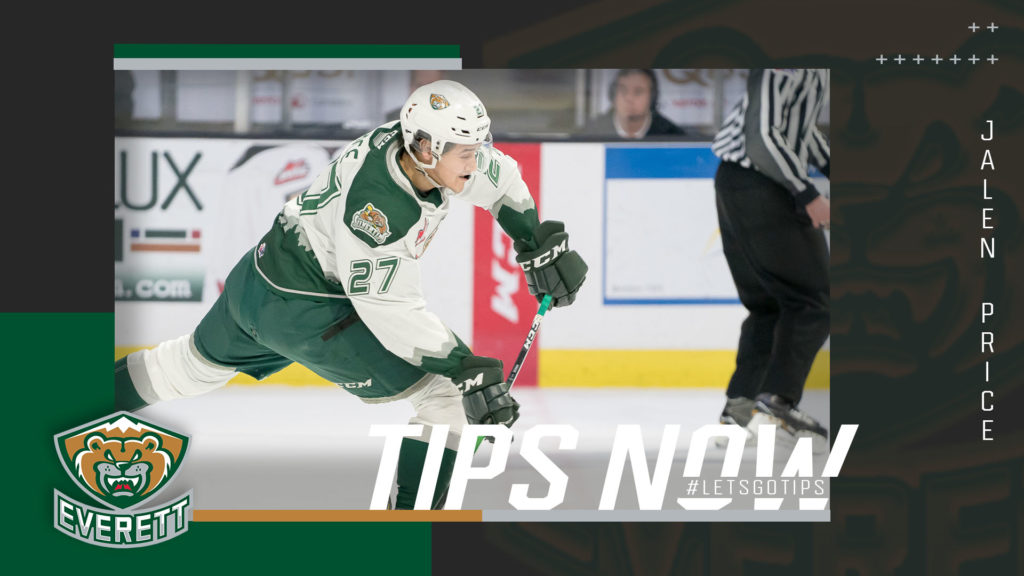 THE PLAYER: Through two seasons as an Everett Silvertip, forward Jalen Price’s contributions were measured up in numerous values: size, dependability, and evolution.

A little over two years ago, he was completely out of the picture. That was until a near Opening Night trade by Silvertips GM Garry Davidson ushered in Price from Medicine Hat, where he fought tooth and nail to crack the roster before finding new life in green. 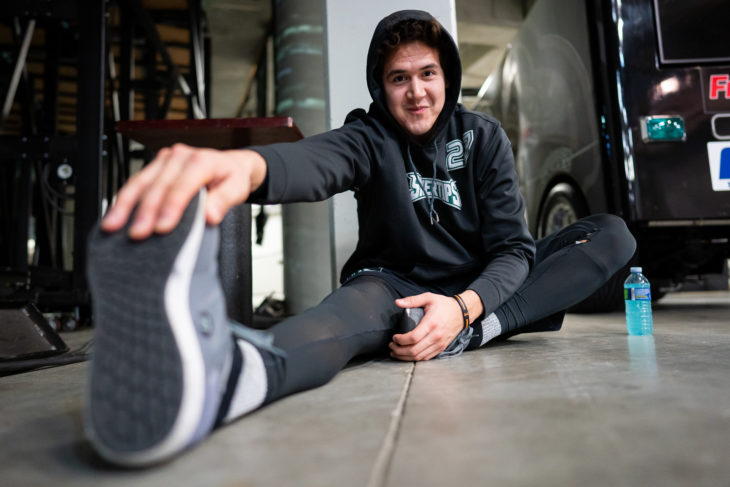 Price repaid the Silvertips with a seven goal, 43-game season as a rookie, some which elevated him to top line duty in the absence of several key players during the middle of the season.

Then, came a summer of training, prepared for the next step in 2019-20. Inserted into a roster chock full of depth at the forward position, Price continued to earn more quality ice time, and by the end of the season found himself in the middle of another charge for the U.S. Division title.

NUMBERS: Though Price’s numbers went down (just by two) for goals, he muscled his way into 14 more games of playing time, elevated to a +9 rating, and supplemented the Tips depth with 15 points along the way. 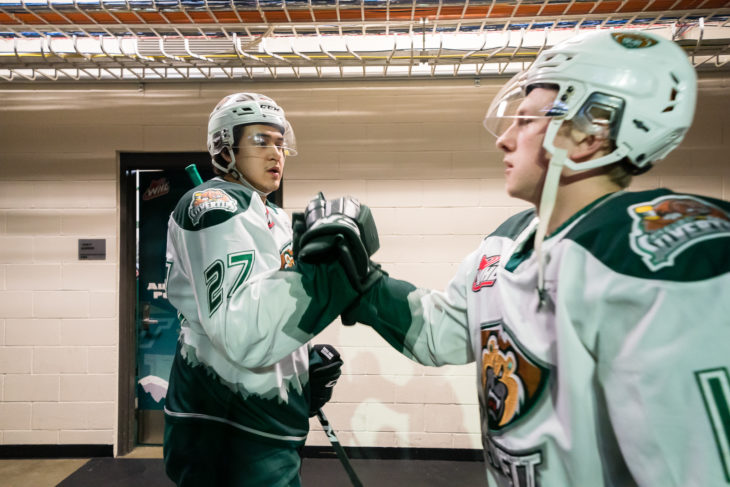 Arguably, his best hockey came in the last full month of the regular season, when he earned points in three straight games starting with deft touch on a highlight reel set-up to Brendan Lee, rallying the Tips from down 2-0 to win 4-3 over Portland in an amplified U.S. Division showdown. He then poured more numbers into the offense with six points in the final six games, before the pandemic halted the season.

On Feb. 26: his two goals at Tri-City earned third star honors in an 8-1 thrashing of the Americans, and he followed up with a pair of assists in his last outing against Tri-City (6-0 Tips win) in the final weekend of the season.

Present day: still working out in Campbell River, British Columbia – a three hour drive northwest of Victoria – Price continues to add muscle to his large frame and has been pursuing an upgrade in speed, preparing for when 2020-21 calls him to be ready.

HOW HE EVOLVED: “Getting extra playing time really helped me out. Even doing the videos that Louie (Mass), even Mike (Lysyj) – that helped me a lot. Learning form older players: Kindopp, Fonstad, (Gage Goncalves) and watching what they do in practice, it really helped me improve my own game. They do it the right way to play at a high level like this.

Asked on where video work made the biggest impact with him:
“I’d say getting more confidence with the puck. Making plays in the offensive zone, I’d say I was better this year than year before. I think it falls along the lines of more strength. You’re obviously playing with big guys, and you have to be able to make plays against heavy defenseman and forwards.

“I felt like I got more playing time and took advantage of that. Being more confident with the puck, hitting, making room for myself, my line mates and more. Confidence is the biggest thing.

HIS BEST GAME OF THE YEAR: “I’d say that Portland game when (Brendan Lee) scored, when we hemmed them in. Also, against Tri-City when I scored the two goals there. I looked back at the play (against Portland) and I could see the bench inside the video – it was nice seeing teammates jump like that. I remember going to the bench, everyone was excited, and even fans were buzzing.

WHAT HE’S WORKING ON NEXT YEAR: More explosive stuff. A lot of slid pushes, hill sprints – just to be quicker next year. Also with my strength, I’ve built more muscle with more time to work out. Biggest thing is being faster. That’s what I’m working out.

His hardest workout:
“Probably hill sprints – especially when you have weights on your back. I’d do 25 to 30 hill sprints in a matter of 10-12 minutes. It gets you for sure.