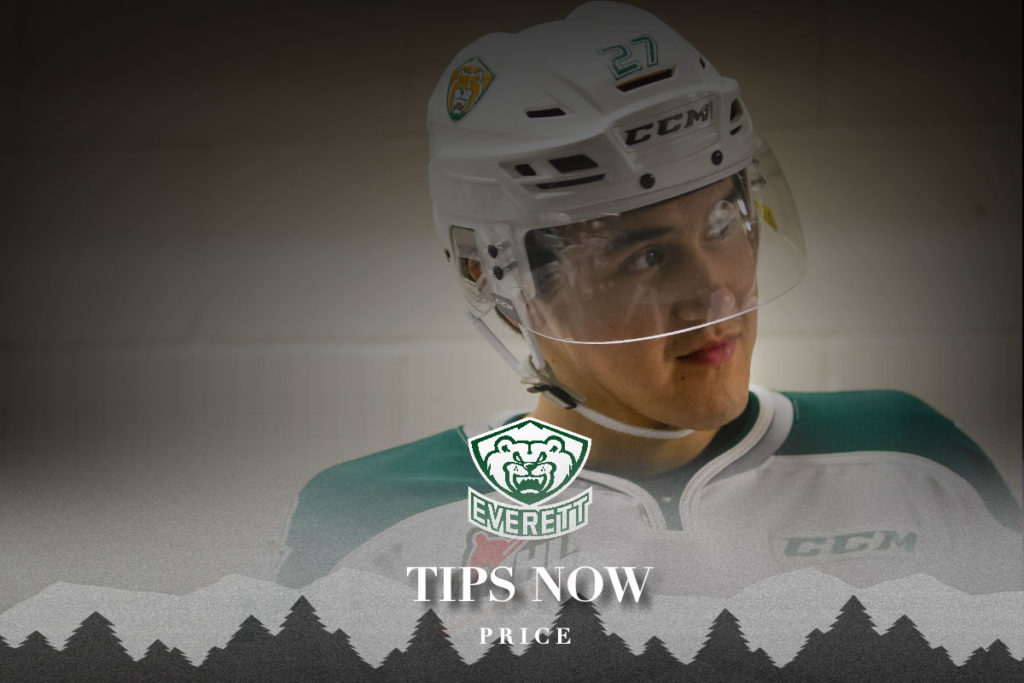 Jalen Price stopped for 10 minutes to gather his phone. He was on a lunch break.

No, not from an intense off-ice training session.

He was working for his father, both manning the waters of British Columbia to survey clams, crabs, and marine life – then turn the results over to the government.

As Price is earning an extra living away from the rink this summer, he’s also digging deeper in his hockey career to find that next level, where so many players have unlocked to reach new plateaus. Price is no different: every gym rep matters. Every stride in his skates matters. The important shifts he took last season, too, mattered.

By the end of the season, he compiled a seven-goal, +7 rating in 43 games. With the Silvertips hampered by injuries in February, Price eventually found himself on big minutes duty with Bryce Kindopp and Zack Andrusiak. He responded with a one goal, one assist effort: and the Tips won 4-1.

Taking his hand out of the water, Price discussed more for what’s ahead, for year two, over the phone:

HOW BETTER WAS HE AT THE END OF THE SEASON: “As the year went on I got a little more comfortable around Everett. The guys made it easy for me and earning coach’s trust each and every game helped me play better as the season went on. Once I got my feet wet and played in a few games, I feel my game jumped. It led to good things.

(You earn coach’s trust by) doing the little things: playing without the puck, the d-zone well, hitting whenever I can. Just moving my feet.

HIS BEST GAME OF YEAR: “I’d have to say against Prince George, that whole road trip. I was playing my best few games I’ve played in this league. Hopefully I can do that next year. It was awesome learning to play with Connor Dewar, Bryce Kindopp, even Riley Sutter, it was pretty crazy. They work so hard on and off the ice. It was awesome.”