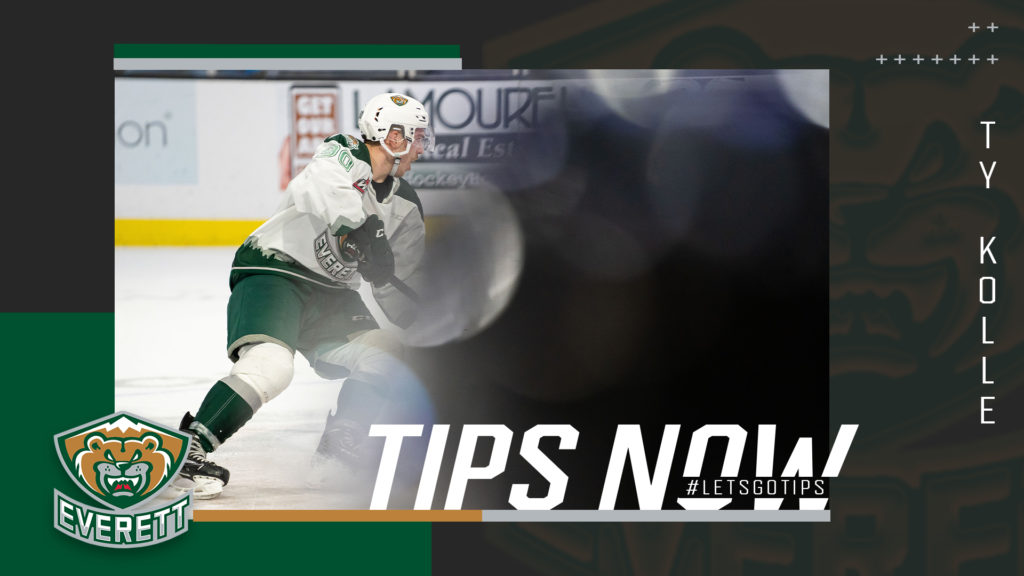 Familiarity may breed contempt, except when it comes to switching jerseys.

What Ty Kolle did for the first three and-a-half years – including two-plus in a Portland Winterhawks sweater – were assets to the Everett Silvertips at last year’s trade deadline. Seeking a boost for experience and scoring touch up front, the Silvertips landed Kolle on Jan. 4, about roughly a week before the transaction music stopped, and were willing to part with two draft picks and the rights to drafted prospect Ean Somoza.

Kolle’s presence was felt after a transition period of roughly a week. Following a streak of four straight games without a point to start his Silvertips tenure, Kolle helped his new team dismantle the Seattle Thunderbirds, 8-0 on Jan. 18 with a multi point effort, including his first career goal in white and green. 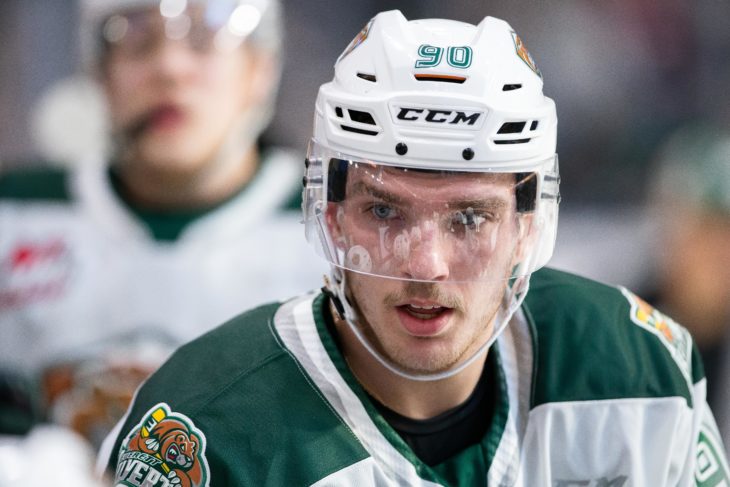 That opened the door to confidence and eventually, results. The 5-foot-7, 176 pound forward, drawing complimentary descriptions ranging from “fire hydrant” to “bowling ball,” injected the Silvertips depth with offense, ruggedness, and a veteran presence imperative to keep the Tips chances for the Scotty Munro Trophy afloat.

Though you’ll read below about his best game – coming not too far after the trade deadline – his signature work came against his former teammates with the Portland Winterhawks in an uber-crucial 4-1 win on Mar. 1 in downtown Everett. At the end of a Portland power play that threatened to put the Winterhawks back in the game, Wyatte Wylie stole a faulty pass to the point and hit home-run pass to Kolle, sneaking out of the box.

Play of the day: 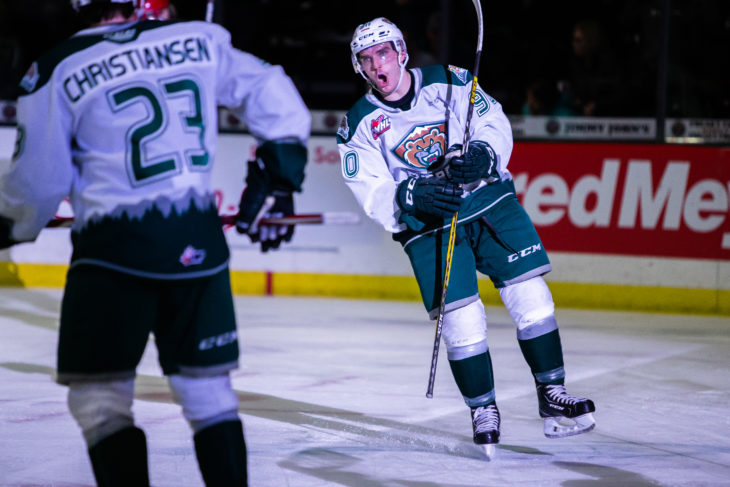 On a clear breakaway, Kolle outmaneuvered Winterhawks goaltender Joel Hofer to the stick side and delivered a gut-punch, forehand, breakaway goal to put the game out of reach.

Seeking more success in 2020-21, the Kamloops, British Columbia native has been approaching the spare months during the sport’s shutdown like anybody else, while skating with several members of the Kamloops Blazers to stay sharp: it’s all about using opportunities like extra credit.

THE NUMBERS: Kolle enjoyed a breakout season, busting the 20-goal plateau for the first time in his career and reaching career highs in goals (22), assists (19), and points (41) in 60 games, seizing more playing time and spinning it into increased, hard numbers. After the trade from Regina, Kolle became a model of consistency, at one point stringing together 11 points in 11 games when the context of the season began to take on significantly more weight. 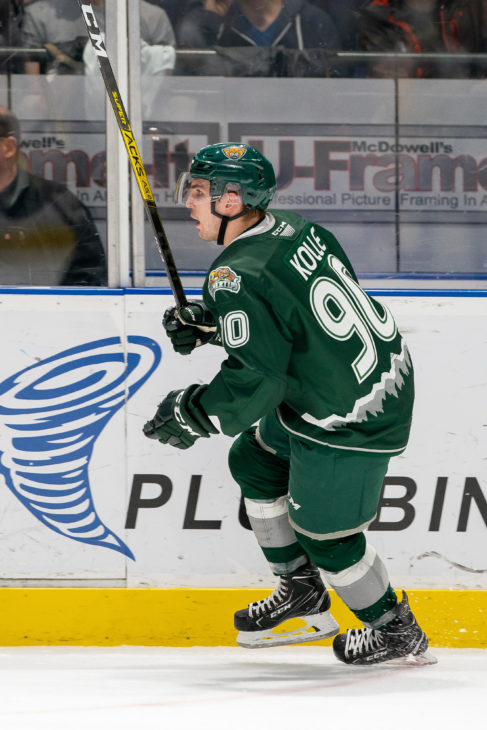 Against the Moose Jaw Warriors in a 6-0 blowout win on Feb. 19, Kolle had a pair of goals for the first multi goal game in his Silvertips career.

Making the Silvertips the fourth stop in his career – along with Regina, Lethbridge, and Portland – he finished on the plus side (+14) for the first time while tacking on a pair of game winning goals.

If it was a big game, Kolle seemed to be involved.

HOW HE EVOLVED: “I started out in Regina obviously, and playing the first half there on a team that didn’t have as much success, I got more ice than on different teams, which was nice. It helped me learn how to play key roles like the power play. That was something I could take with me to Everett and help, big time. If I came from a team where I barely played, I wouldn’t know how to play the power play and in key moments. So learning how to play in different systems in Regina helped me out . Everett helped put the pieces together. This past year was my best season in the WHL career – let’s just say i was pretty happy with it.”

WHAT HE’S WORKING ON NEXT YEAR: “It’s hard to say, six to seven months ago in comparison because I had a different idea. But with the amount of training I’ve had, skating in Kamloops with the Blazers guys, I’m doing pretty good with my playmaking and getting into key scoring opportunity positions. My line last year being me, (Jackson) Berezowski, and (Michal) Gut – a line that gets pucks deep, goes and gets it, and sets up a play to score right away – this year I’m working on to help do that job a little better. It’s about getting on pucks a little quicker, utilize my puck protection and vision to make plays, and set up some goals this year.”