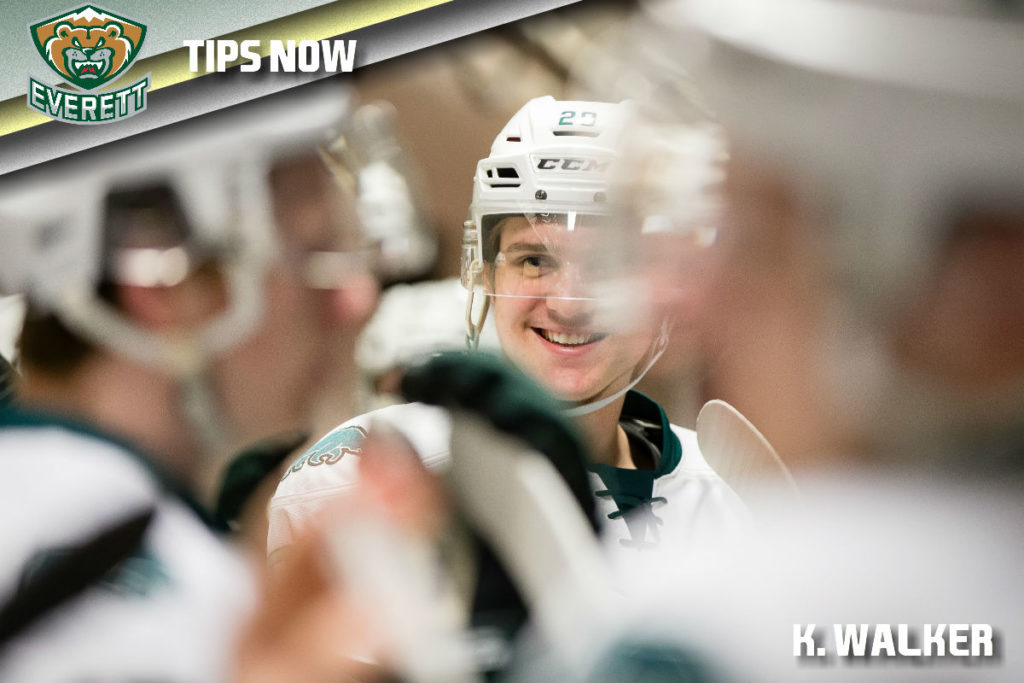 With camp only eight days away, players are in active preparation to hit the ice in the fall. For one 2000-born Silvertip, this means reflecting on what his rookie season taught him and getting ready to apply lessons learned to his 2018-19 game.

Kyle Walker, a Leduc, Alta. native, said that last season helped him sculpt what it meant to play in the Western Hockey League.

“Last year I learned what it takes—what sacrifices you have to make—to play in this league and make the next step as a player,” said Walker.

While the blue liner does not believe he entered his first year unprepared, he admits he was taken aback by the overarching skill of his competition.

“I was prepared, but if anything caught me off guard or challenged me it was the speed and skill of everybody. There really isn’t anyone in the league who shouldn’t be there—everyone has solid hockey sense,” explained Walker.

Following a fall camp injury that left him out for two months, Walker had guidance from veteran defenseman and former Silvertip Kevin Davis that helped him get reacquainted with his opportunities with the team.

“[Kevin] took me under his wing after my injury—when I was coming back, he taught me what it meant to get back in game shape and made sure I was mentally prepared for the ice,” said Walker.

Davis’ suggestions must have worked, because teammate Riley Sutter believes that Walker came back stronger than ever following his recovery.

“He really pushed himself through rehabilitation and came out better because of it,” explained Sutter. “Because of that, his confidence increased. That will only help him in the future and allow him to play bigger moments with greater opportunity.”

To Walker, ‘greater opportunity’ looks like the chance to capture a league title alongside his teammates.

The 18-year-old defenseman believes that his privilege to learn a little bit of everything last season helped him secure his mindset and will allow him to further round out his game as the fall rolls around and the season progresses.