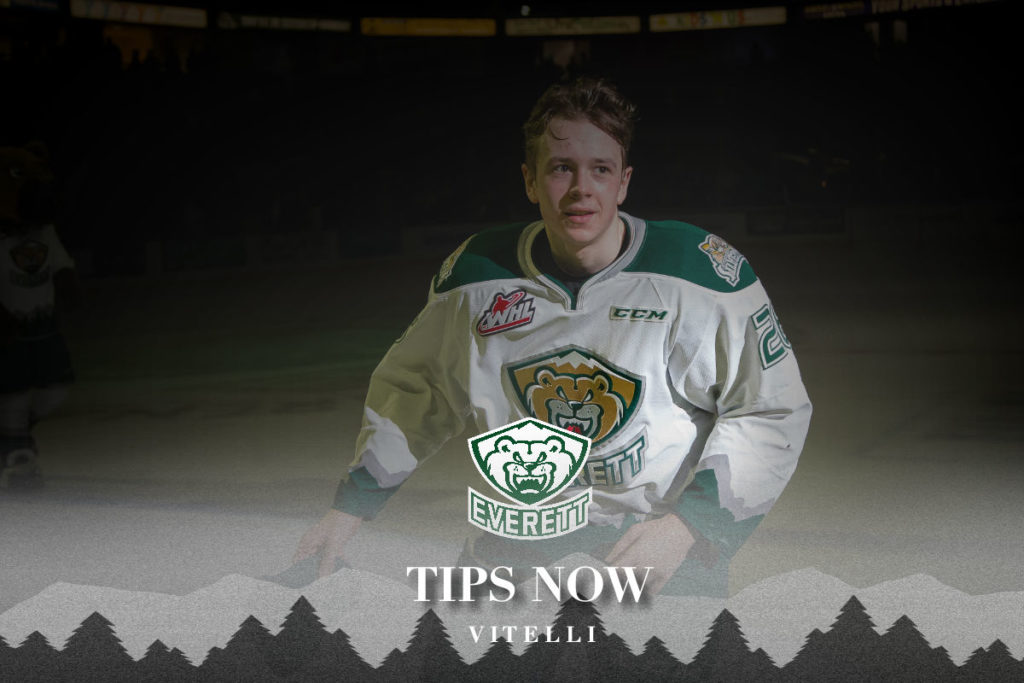 The Numbers: Vitelli played in 70 games in his rookie season (2017-18) and scored two goals and assisted eight goals. He played in 22 playoff games, scoring four goals and three assists. In this past season (2018-19) Vitelli has shown growth as a forward in the Western Hockey League, scoring 11 goals and 16 assists in 66 games. He also played in all ten playoff games.

From the man himself:

How He Evolved: “I think I evolved a lot as a player this year. I practiced a lot and faced new challenges that helped me grow during this past season.”

How He’s Doing in the Offseason: “I took a break from hockey for a little bit to take care of my body. I’ve started skating again. I’m doing two-hour sessions, and I’m doing that leading up to training camp.”

His Best Game of the Year: “It’s hard to say. I don’t feel like there is a specific game, maybe one in Prince George. I try my best during every game.

What He’s Working on for Next Year: “Just getting bigger, stronger, and heavier. I’ve also been working on my shot release and just getting faster and scoring more goals.”

Related Links
The countdown is on » opening night is 9.20
More News