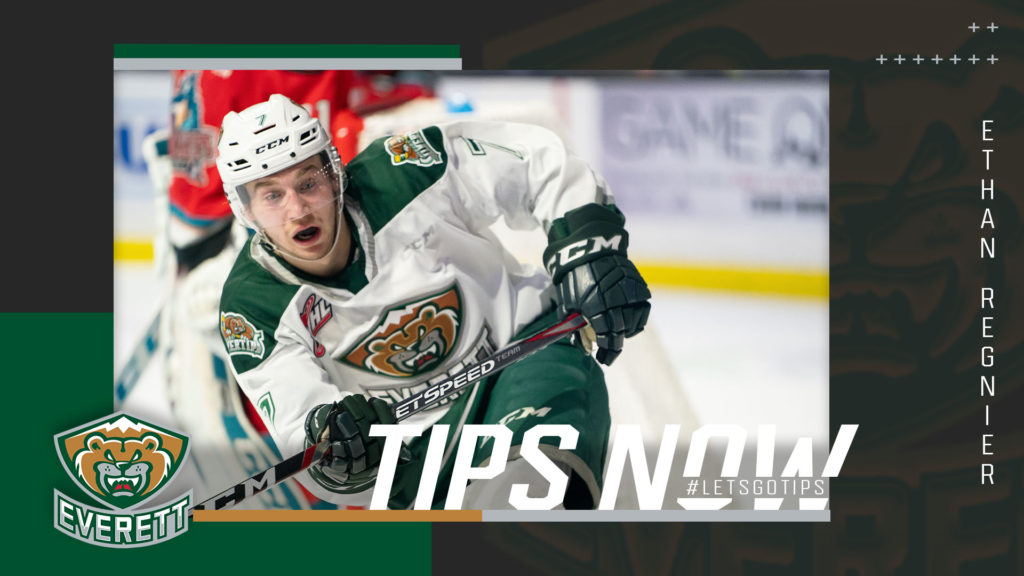 When the trade deadline approached the Everett Silvertips and an opportunity to fortify their depth in the middle, one option was one they couldn’t pass up. 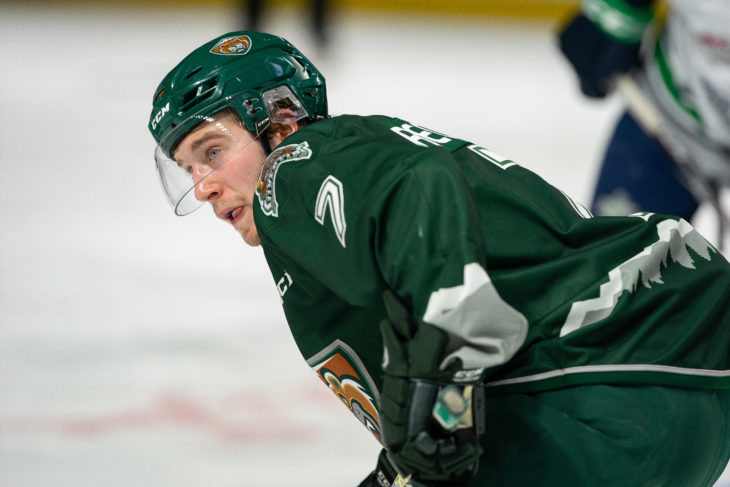 It gave Regnier new life with potential to author a trademark playoff masterpiece, with Swift Current languishing near the WHL standings basement, still in rebuild mode after hoisting the Ed Chynoweth Cup in 2018, when Regnier was a member of the Broncos but regularly sidelined as a younger center With the Silvertips dealing Reece Vitelli away three months prior in another headlining trade that landed Cole Fonstad, their mission was fulfilled.

All that was left: integrate Regnier, watch the depth take over, enjoy the wins, and battle it out with Portland for the U.S. Division crown.

Despite a league high 46 wins, the pandemic halted that last objective one point short of the finish line.

However, as an eligible 20-year old to return in 2020-21, perhaps Regnier was only getting started.

For now, he will keep the legs fresh in the Saskatchewan Junior Hockey League with the Melfort Mustangs, on loan until as late as Dec. 20 before the WHL’s scheduled start after New Year’s Day.

THE NUMBERS: To measure a player up against the metrics of goals, assists, and points defines surface offensive value. In the last few years, shots on goal have become a visual metric of value, often assigning a defined role in how players are deployed in games. For starters, is a player taking (and winning more than half of) 30 face-offs a game? That’s a player typically relied on if a game is tied and it’s down to the final minute of regulation. 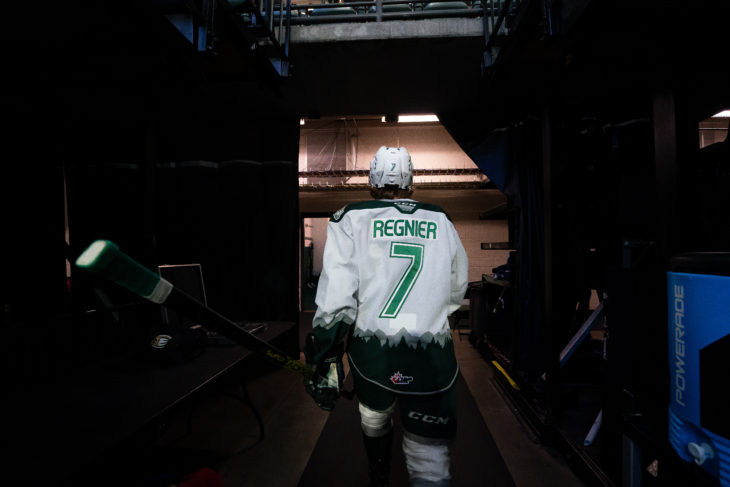 Regnier struggled out of the gate for offense after the trade – he didn’t bag a single point in his first 12 games as a Silvertip. However, he was used no less than 12 times in a game for face-offs during that period, and in his first three games won 50 percent of his face-offs or more – lights out numbers for a heavily used center.

The former Broncos captain got the monkey off his back with his first goal as a Silvertip at Spokane on Feb. 9, and while forging a role in a talented lineup showcasing Bryce Kindopp, Gage Goncalves, and Cole Fonstad, he warmed up to record five points in a six-game run during the Tips neck-and-neck battle with Portland.

In a crucial Feb. 29 win vs. Kelowna, Regnier scored two goals – including the last two to help the Tips pull away – in a 4-1 victory in downtown Everett before nearly 6,400 boisterous fans.

HOW HE EVOLVED: “Obviously it was a lot different going from a losing team to Everett – my role changed a little bit and a little more defense oriented in Everett, working hard on the penalty kill, and more. It was a big slump for points, but towards the end I got more offensive. It made things even better on the defensive end.”

What was the turning point for him in the second half of the season: 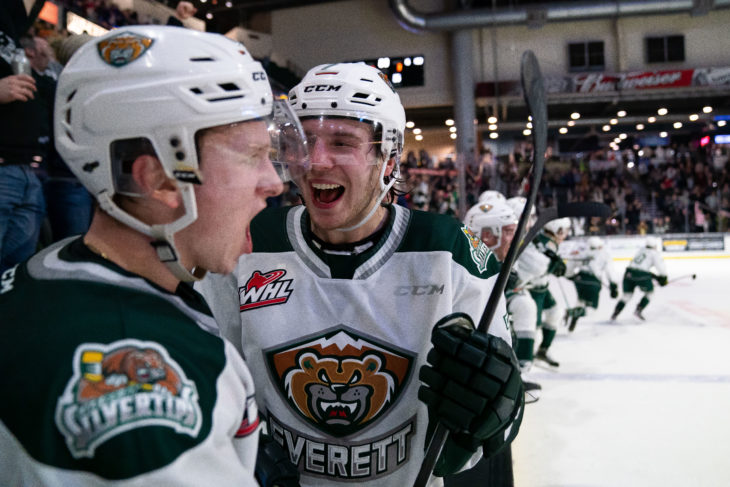 “I think over time you start feeling comfortable, and it was my first time being traded so I wasn’t sure what to expect off the bat. Over the course of ten games, I became more comfortable and didn’t grip my stick so tight.”

HIS BEST GAME OF THE YEAR: “That’s tough. I think I had quite a few games on defense and the penalty kill was good. But that one home game against Kelowna was a good, fun home game for me.”

WHAT HE’S WORKING ON NEXT YEAR:

“I think coming here (to play with Melfort) will help me get into shape and back into rhythm – I haven’t been on ice in about seven, eight months. So getting back into swing of things, the feel of practices and games will help a lot. For next year, I want to continue my defensive game, PK, and bring more offense to the team.”