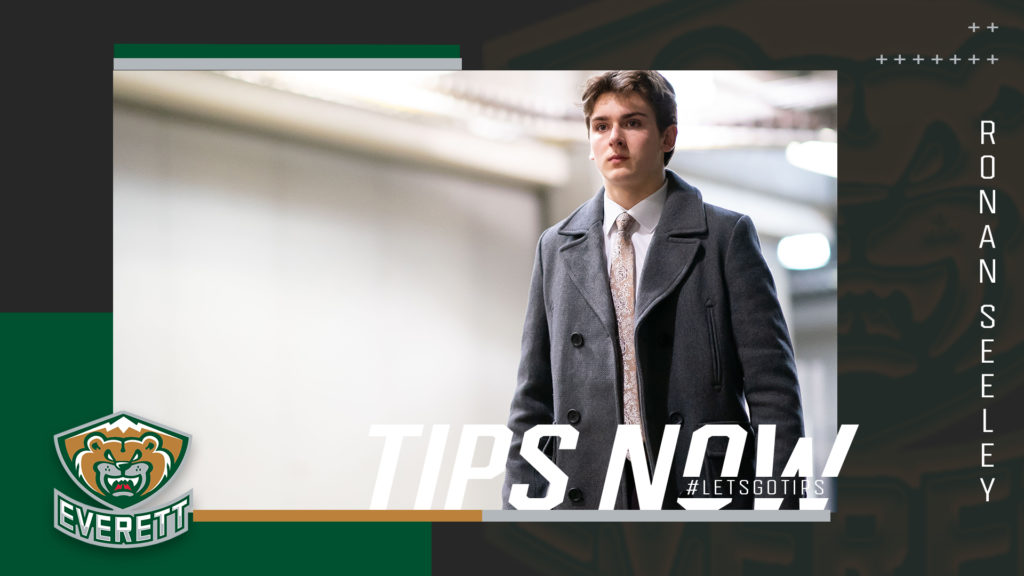 THE PLAYER: A defenseman bearing a gifted brand of play with enormous potential, Ronan Seeley was a first round selection in the 2017 draft immediately paired with comparisons – fair or maybe unfair – of how his story could unfold in the oncoming years. Have you seen the exploits of Ryan Murray, or Kevin Davis, and appreciated their talent and longevity? Good! It means you understand the success of the Silvertips program, the talent it churns, and the reputation of stalwart blueliners that emerge from it. 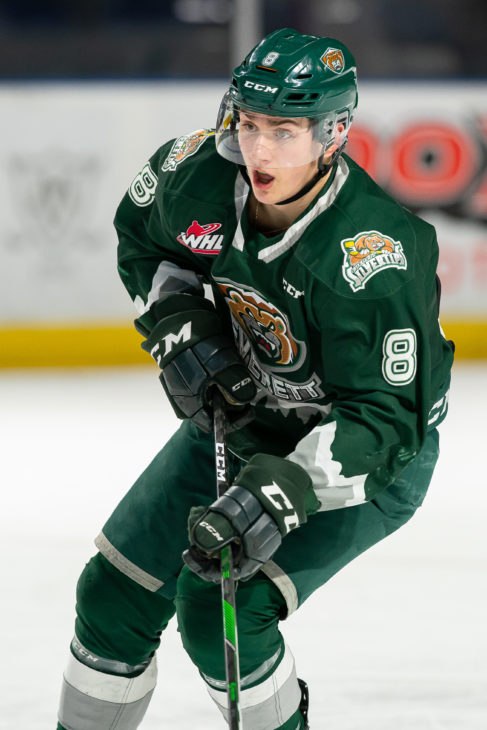 However, Ronan Seeley is forging his own true, unique, and authentic path to the next level. He’s one of four Silvertips ranked by NHL Central Scouting for the upcoming draft – though by now, perhaps he’d have an NHL suitor.

As a 16-year old, he had to play behind a massively experienced blueline that won the U.S. Division, bargaining playing time behind Jake Christiansen, Wyatte Wylie, Gianni Fairbrother, and 20-year olds Sahvan Khaira and Artyom Minulin.

Last year: three defensemen moving on, he received a little more playing time, more bump in the numbers, and took advantage. Yet, the circumstances: because of the pandemic, he has to wait a little longer. Now, the target date to wrap up his game for the big day: tentatively, Oct. 9-10, presumably one week after the new WHL launch date for the 2020-21 season.

NUMBERS: In his second year, Seeley took advantage of the increased role and ice time. His production went up 23 points, 21 assists, +11 for his rating, and he even pumped in his first career game winning goal.

The glimpse of how much of an impact he could make in driving the offense: a wild four point game – all on assists – Nov. 22 in a 6-1 Silvertips rout of the Saskatoon Blades.

In total, he generated seven multi point games, along with dependability in the defensive zone that is heavily tracked in metrics usually not available on the WHL scoring system.

HOW HE EVOLVED: “I mean, coming out of my first year I didn’t get a lot of ice time as a 16 year old, and that was expected. But going into my second year, I received more ice time and I was just more prepared, mentally and physically for extra ice time. It meant extra playing time to get experience, and that helped me focus on what I have to do in the summer time, both mentally and physically.

“My skating has taken another level and I’ve been in the gym all the time. My legs are stronger and more flexible, allowing me to reach my full potential. Working out a ton, helps me make sure I get to the level I need to be.” 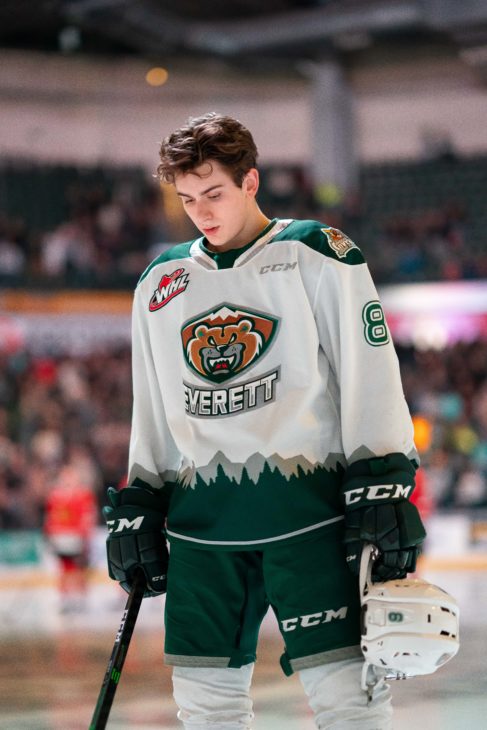 BEST GAME OF THE YEAR: “I get asked this a few times and I don’t have that one game where I felt ‘unbelievable’. I had a four point night one game, but it wasn’t that special. It was just another game. I don’t want to say I was lucky, but getting four points leads you to the feeling that it just happened. It was more like I just had a bunch of really good games on both sides of the puck – good with the stick, staying positive on the bench and being ready to go from the drop of the puck.

When I make minimal mistakes and make a big impact, those are my best games.”

WHAT HE’S WORKING ON NEXT YEAR: “One year from now I want to have a contract in the NHL. It’s uncertain with things you can’t control but it’s a goal of mine. I will work hard to get there. I’ve improved my shot, but it’s not yet where it needs to be. That’s what I’m focusing on – just getting extra power in my legs, arms, and stronger off ice so it can translate on the ice.”

Just kind of getting over the fact things aren’t they should be – is it a disappointment because the NHL Draft got pushed back? I won’t have the ‘full draft experience’ – but I’m glad a date’s been set, and it’s a relief to be just kind of moving on. I’m preparing for next level. Hopefully there will be opportunities for playing time in before next draft.”