TIPS NOW // Seeley and the Next Big Step 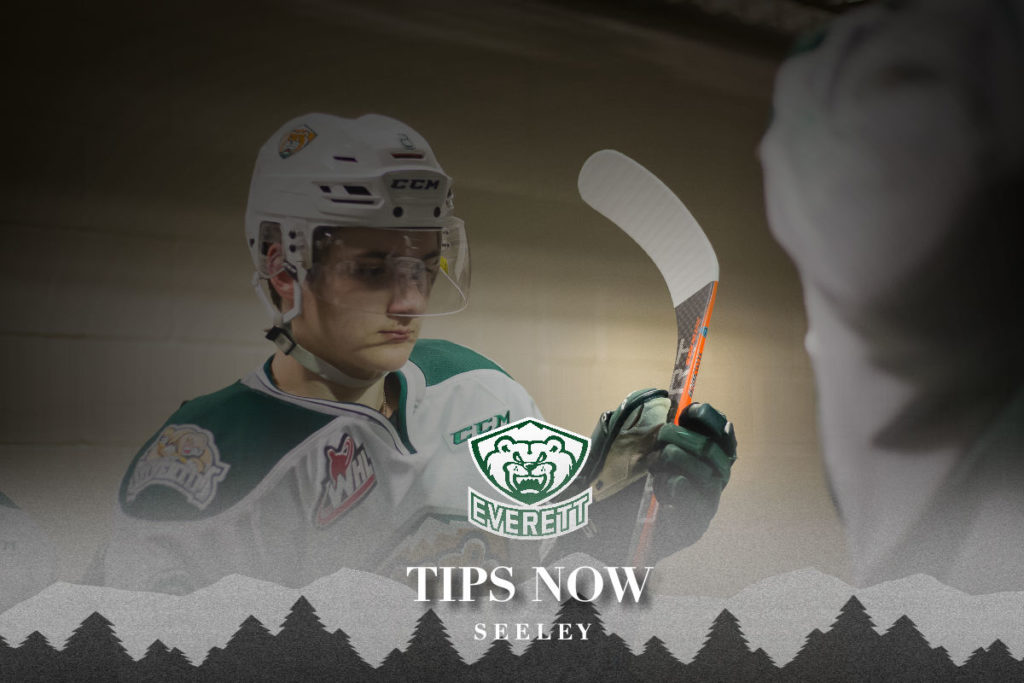 THE PLAYER: Ronan Seeley joined the Silvertips with the 20th overall pick in the 2017 WHL Draft, perhaps on the cusp of another big milestone. Entering his draft year, the spotlight shines brighter with the blueliner headed to Team Canada’s under-18 selection camp, essentially the final evaluation period before the squad is finalized for Hlinka Gretzky Cup, later this summer (which, will also have Silvertips head coach Dennis Williams behind the bench).

This 5-foot-10 defenseman led the Lethbridge Hurricanes Midget AAA (AMHL) to the league title and TELUS Cup tournament berth in the 2017-18 season. His contribution this season with the Silvertips shows the potential this young 16-year-old prospect has to offer.

THE NUMBERS: His 26 assists led all Hurricanes defensemen and he finished tied for the league lead in assists among defenseman. This season he played 52 games with the Silvertips contributing with 8 assists and scoring his first WHL goal.

THE HIGHS: Earned the Most Valuable Player honors at the TELUS Cup with seven points (2g-5a). “Ronan Seeley is a smooth skating defenseman who demonstrates outstanding qualities and skill on all three areas of the ice,” said Garry Davidson [Silvertips General Manager]. 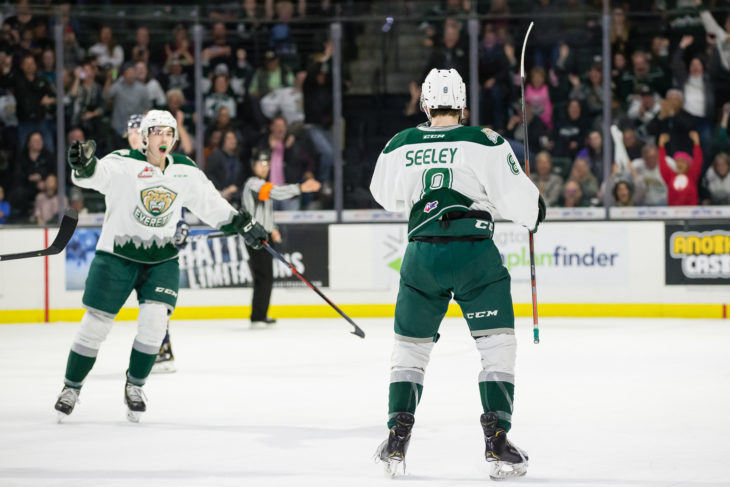 FROM THE GUY, HIMSELF.

HOW HE EVOLVED: “Well playing in Everett, [WA] is a big step up from Midget hockey. Louis Mass whose worked with me a lot on my game to mature as a player has really helped me so far.”

HIS BEST GAME OF THE YEAR: “I started to play really well in the last couple of games against Spokane [Chiefs]. I was playing really confident and getting lots of opportunities to play which really helped so I was able to prove myself a little more and it really brought out my confidence… going into next year… it was a really good booster for myself.”

HLINKA GRETZY CUP: “It’s an honor to be selected to go to the camp. [However] my works not done I still have to make the team and right now I’m doing everything I can to make sure I’m ready for it. It’s a really cool experience and I can’t wait for it.”

WHAT HE’S WORKING ON NEXT YEAR: “I want to be the best and I know to do that I need to get bigger, faster, stronger [and] I need to work on my shot. I think its lacking compared to the rest of my game. I just want to get more powerful in my skating [and] just working all around to get stronger so I can play with all the top guys.”